Tata HBX will be launching later this year with a petrol engine, but it will also get an electric powertrain from the Ziptron range at a later stage.

Tata Motors made it a grand affair at the 2020 Auto Expo. The brand showcased the Sierra EV Concept and a near-production version of H2X Concept as HBX. Alongside, these cars, the pavilion also had the Altroz EV. While the Nexon EV was already on sale in the market, the Altroz EV confirmed that Tata Motors is betting big on its Ziprtron EV technology. In recent developments, Vivek Srivastava, Head – Marketing, Passenger Vehicle Business Unit, Tata Motors, confirmed that the HBX will also get an electric powertrain. The HBX is expected to be the latest offering from the manufacturer this year. It will come with the same 1.2L engine as the Altroz, but a 1.0L turbo-petrol is also expected to be on the cards.

Officials at Tata Motors have also confirmed that the brand would be introducing a total of 4 electric cars in the market. There will be a sedan, an SUV, and two hatchbacks. While the Nexon EV is the SUV that Tata folks talked about and the Altroz EV is one of those two hatchbacks. However, the other hatchback will be the HBX EV, which will sit below the Altroz EV in terms of product placement.

The HBX is underpinned by the same ALFA platform as the Altroz. Therefore, it will feature the same battery pack and the motor as the Altroz EV, which will use the Nexon EV’s powertrain. However, the HBX will feature a toned-down version of the Nexon EV’s powertrain. In place of a 30.2 kWh battery pack, it would sports a 20-25 kWh battery pack. This way the HBX EV will be capable of offering a range of around 250 kms. Thus bringing it in direct competition with the recently launched Mahindra e-KUV100 (commercial-spec), which offers a range of 150 kilometres only. 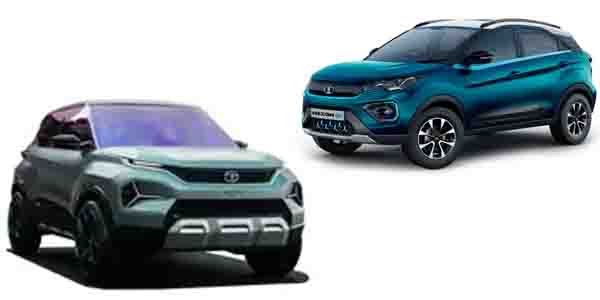 Tata HBX is expected to be launched by festive season this year.

Tata HBX micro-SUV will soon be making its way to the showroom floors with a petrol engine. Once launched, it will take on the likes of Maruti Ignis, Mahindra KUV100, and more. However, wears much more tactical attire than its completion, which will surely work in its favour. The electrified version of the car will be launched at a later stage.