Tata Safari is one of the most loved products of the homegrown carmaker. After the old model was discontinued, consumers demanded a new one. Well, its finally making a comeback. Read here for more details.

Tata Motors has confirmed that the production-spec Tata Gravitas SUV will be named as the Tata Safari in India. The Safari is one of the most iconic nameplates in the Indian auto industry, and it will be making a comeback as Tata’s new flagship SUV in India. The 7-seater version of the Harrier that was showcased at the 2020 Indian AutoExpo was codenamed as the Gravitas. Tata Motors has been using different monikers, calling the vehicle as the Buzzard also during the 2019 Geneva Motor Show. But Tata Motors says that the upcoming 7-seater SUV was always intended to the be Tata Safari. Upon launch, it will rival the likes of the MG Hector Plus and upcoming next-gen Mahindra XUV500. 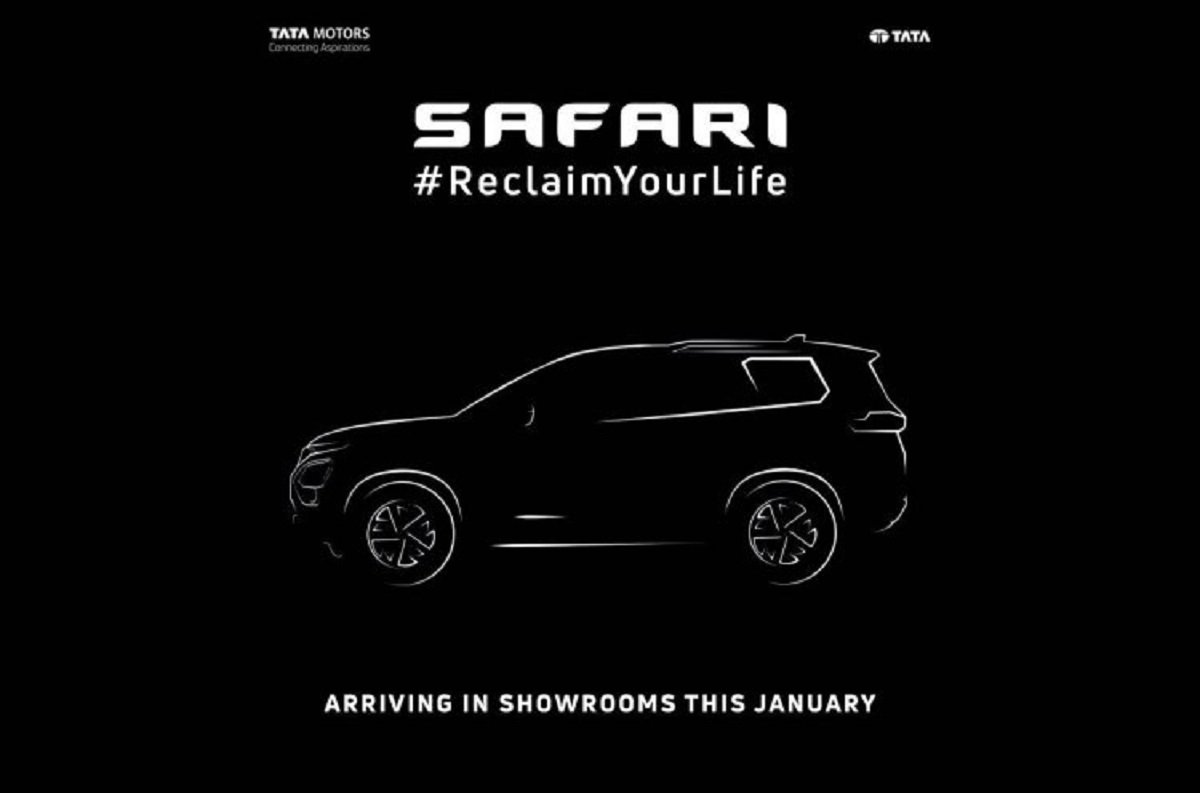 The first Tata Safari arrived in 1998 and helped usher in a new age for the Indian auto giant as well glamourizing the lifestyle segment. The Safari was in production for two decades but got discontinued in 2020 as BS-VI regulations kicked in. Many thought the Harrier was going to be named the Safari, but Tata decided to not use this nameplate for the 5-seat SUV. The Safari always had to be a genuine 7-seater and Tata says that the upcoming SUV will have a full-grown adult-fitting third row of seats.

Looking at the yet to launch new Tata Safari, the new design is thoroughly modern and looks similar to the Harrier but also gets a few nods to the original Safari. It has an imposing front-end with a high bonnet line, the now-signature stepped roof that allows stadium-style rear seats, and the rear quarter glass all pay homage to its predecessor. Tata may offer different colours to the Harrier to set the two models apart. Dimension wise, Tata has also added 63mm to the Harrier’s length and 80mm to the height to make way for a decent third row. And like the Harrier, the Safari too will be based on the Land Rover-derived Omega architecture. But unlike the older Tata Safari which was a full-time 4x4, the new model will be front-wheel-drive only, at least during launch. This has been seen as somewhat of a downer for enthusiasts who love the original Safari. Tata Motors has, however, assured that the Land Rover Discovery-derived D8 platform can be adapted to incorporate a four-wheel-drive system. Tata Motors also said that based on customer feedback and research, they may explore the idea of a 4x4 Safari in the future.

The Tata Safari will be powered by the Harrier's Fiat-sourced 2.0-litre, 4-cylinder diesel engine that produces 170 PS/350 Nm of peak power and torque. The engine will come mated to a 6-speed manual or a 6-speed torque converter automatic gearbox. The new Safari will arrive in showrooms in January itself, and bookings for it will also commence later this month. It will come at a decent premium over the Harrier which is priced between Rs 13.84- Rs 20.30 lakh.