10 Forgotten Opel And Chevrolet Cars In India: From Opel Astra To Chevrolet Trailblazer

Many Opel and Chevrolet cars did not do well in the Indian auto market and have been forgotten by Indian auto buyers. In this article below, we have compiled 10 of such cars. Read on to discover.

General Motors (GM) is among the leading auto manufacturers in the world. The American automaker offered products under the Opel and Chevrolet brands in India. While Opel models’ production was cancelled a long period of time ago, the sales of Chevrolet products were finally terminated at the end of 2017. During its more-than-20-year presence in the Indian auto market, there were many Opel and Chevrolet models offered by the company. Quite a few of these cars experienced a bad sales number and forgotten by the Indian auto customers. Let’s have a look at 10 Opel and Chevrolet cars which were once offered in India but have been forgotten by the people here.

Also read - 10 Tata Vehicles Which Have Been Forgotten In India

The Opel Astra was the first product from GM for India. Launched in 1996, the car had a convenient cabin with some upmarket equipment. Since Opel is a German carmaker, the Astra was known as the car which introduced the prestigious German build quality to the Indian market.

While offering a well-equipped sedan, Opel could not experience the success with the Astra. The vehicle was unable to exceed the Mitsubishi Lancer and Honda City as regards the popularity and sales. The Astra was offered with both gasoline and oil burners with several variants, among which the Astra Club which provided the occupants with a sunroof was the most popular variant.

The first product from GM for the Indian auto market, the Opel Astra, was soon forgotten, due to its failure to compete in the segment.

The Opel Corsa was possibly the most popular Opel model in India and also one of the last products from the brand for our market. The sedan had an excellent riding quality and received its power from 1.4-litre and 1.6-litre petrol motors. Despite being quite popular, the car never succeeded in competing against its rivals: the Hyundai Accent and the Maruti Esteem. 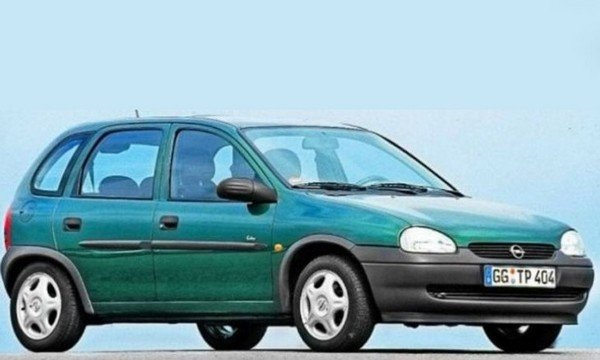 The Corsa was another Opel model which could not compete in the market.

Opel Corsa Swing was a wagon version of the Corsa sedan with the same wonderful riding quality but a more amber cabin. Unlike its sibling, the wagon was only available with the more powerful 1.6-litre gasoline burner, thanks to which the Swing could reach the maximum speed of 170 kmph.

Station wagons have never been popular in India; no wonder why Opel had a difficult time with the Corsa Swing. During the time that the vehicle was on sale in India, many other companies also tried their luck with this type of cars; however, none of them were successful. 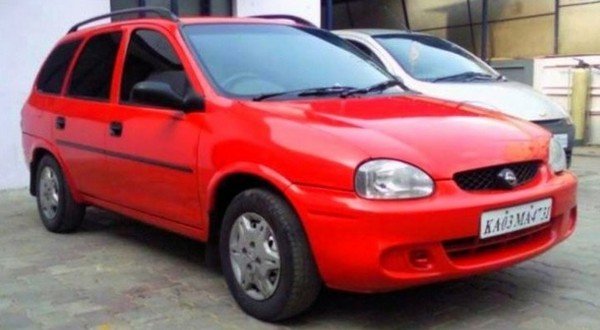 The Opel Corsa Sail was a hatchback version of the Corsa. The vehicle was replete with a wide range of features, which made it a quite premium product, but came with a very affordable price of only INR 4.39 lakh. The Sail kept under its hood a 1.4-litre motor which is good for 86 BHP. A Sail Sport variant, which was powered by a 103 bhp 1.6-litre motor was also available.

Like other Opel cars, the Corsa Sail was unsucessful in the Indian auto market.

The Opel Vectra was brought to Indian shores in 2002 as a sedan in the D segment. The car got a very comfortable cabin but it did not manage to attract many auto buyers, maybe because it was pretty ahead of its time. The sedan received its power from a 2.2-litre motor which could generate 146 BHP. The carmaker even made effort to attract more auto customers by giving the sedan a cheaper facelifted version, however, the Vectra could only find less than 500 owners. Despite the German automaker's effort, the Opel Vectra failed to attract a large number of customers.

The Chevrolet Forester which was on sale in India was essentially a rebadged version of the Subaru Forster which was offered in the global markets. Launched in India in 2003, the Forester kept under its hood a wonderful 2.0-litre Boxer motor which can generate 120 BHP against 178 Nm. This engine made it become the only car in the country to be offered with a boxer motor.

The crossover was equipped with plenty of premium features and had a starting price tag of INR 16 lakh. Nevertheless, like many other Chevrolet cars, this vehicle did not manage to attract many Indian auto buyers. 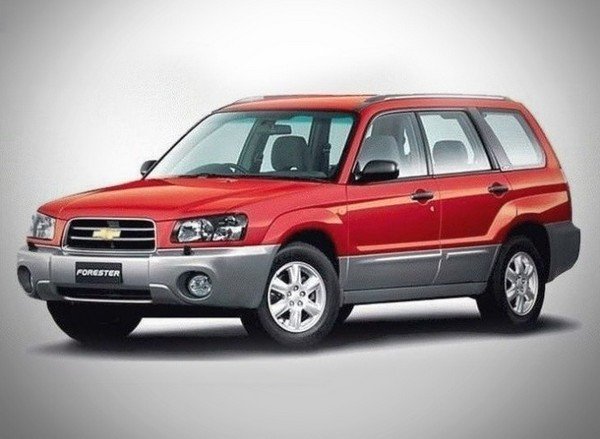 The Forester was one of the Chevrolet cars in India which failed to gain many owners.

Being larger than almost all the normal hatchbacks during its time, the Chevrolet SR-V was an amazing-looking hatchback. Under the hood of the SR-V is a powerful 1.6-litre gasoline burner. Despite being present in the Indian marker for almost five years, the SR-V never managed to gain a decent sales number. The reason for this was its high price which was INR 7 lakh, higher than most other contemporary hatchbacks. 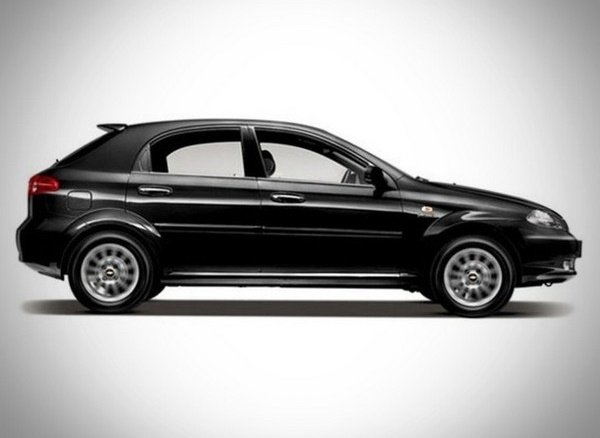 Due to the high price tag, the Chevrolet SR-V was not popular in a such a price-conscious market like India.

Probably being the most powerful medium-sized sedan during its time, the Chevrolet Optra Magnum received its power from a powerful 2.0-litre diesel motor which could deliver a maximum power of 125 BHP and a peak torque of 305 Nm. In its 5-year presence in India, from 2007 to 2012, the Magnum was successful in appealing to some auto buyers; however, its popularity was considerably reduced due to the launch of the D-segment Cruze sedan. 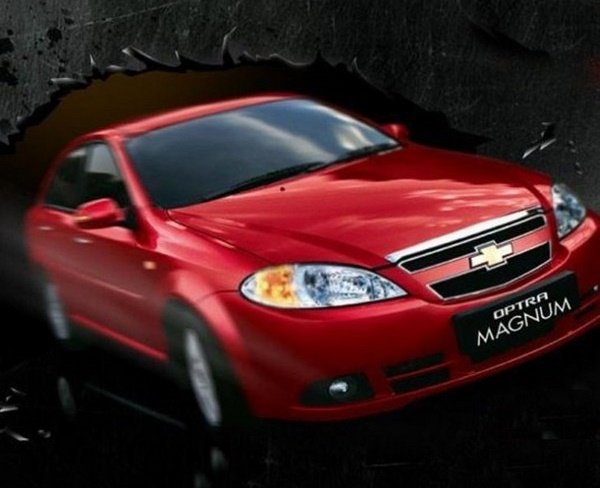 After the launch of the Cruze, the Chevrolet Optra Magnum lost its popularity in India.

Also read - Daewoo And Mitsubishi Cars In India That Nobody Remembers: Cielo To Outlander

Being a C1-segment sedan, the Chevrolet Aveo was the Opel Corsa’s successor. Like the Corsa, the Aveo was powered by 1.4-litre and 1.6-litre petrol motors, which helped it become a relatively powerful sedan. With a comfortable cabin, the Aveo was a multi-tasking vehicle but it failed to attract many Indian auto buyers. Despite being a multi-tasking vehicle, the Chevrolet Aveo could not manage to find many takers.

When the Chevrolet Trailblazer was introduced to India, the SUV was the most powerful vehicle in the segment. Featuring some signature characteristics of big American SUV, the Chevrolet Trailblazer kept under its hood a 2.8-litre oil burner which could churn out an amazing maximum power/torque figure of 197 BHP/500 Nm, which helped it become the fastest SUV in India at that time.

The Trailblazer came with Apple CarPlay and Android Auto connectivity, which was something not very familiar with the Indian auto customers, which partially explained for the SUV’s failure to gain many takers. 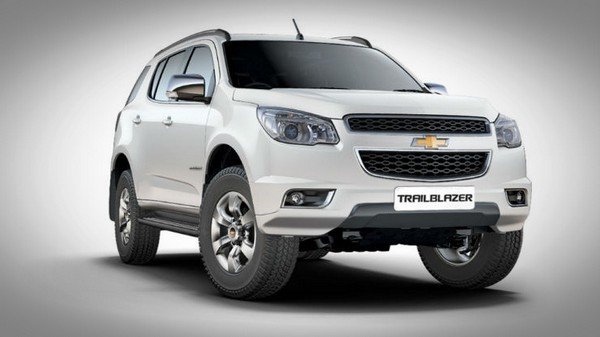 The Chevrolet Traiblazer was not favourite SUV of the Indian people due to its unfamiliar connectivity feature at that time.

Above is a list of 10 Opel and Chevrolet cars which have been forgotten in the Indian auto market. Which one makes you regret the most? Please share with us in the comment section below.