At a slighter pricier range, Maruti Baleno facelift 2019 is given some minor updates for its interior and exterior. Read on to find out how the facelift fairs against the previous version

After being on sale for four years, Maruti Baleno has got its mid-life facelift. Besides the essential face updates, the new Maruti Baleno also gains more features, including the new wheels set, new safety features and interior updates. Here is how the facelift Baleno steps up the game with the given updates.

2019 Maruti Baleno will get some subtle cosmetic enhancement. Right at its face, the new Baleno sports a revamped grille which looking more pronounced and aggressive. On the lower part, the new bumper will be slightly different with a sharper land smarter look. This unit is wider, therefore, taking up more estate than the previous version.

Another change is on the location of the fog light housing. If on the previous models, the headlight units are placed separately on the lower bumper, the 2019 version will move fog light closer to the side and the headlight. Besides, the LED projector will replace the multi-reflector halogen headlight units. In general, the front look is added with a stronger accent and appears more youthful. Upon the front, Maruti Baleno is given several noticeable changes

While the front gains quite a lot of new notes, the side profile remains mostly the same, apart from the dual-tone alloys. The rear end side also keeps unchanged with only one subtle twist on the tail lamps housing.

Besides the updates on the regular Baleno, its performance-oriented version is also getting the according to updates. Exteriorly, the RS will get even more aggressive. On the front face, it gets a larger air dam unit. The fog light housing is transformed the most: It is reshaped, getting larger and added with mesh surrounding. It shares the new alloy wheels and LED projector headlight with the regular facelift Baleno. The rear look of the RS is kept under the wraps. However, considering the case of the facelift Baleno, the RS version is likely to get no significant rear updates. The 2019 facelift Maruti Baleno remains mostly faithful to the ongoing interior design with the same dashboard arrangement and layout. One noteworthy change is the new colour scheme. The black-dominating interior is restored with a new blue-black colour scheme. This witty twist in the use of colours makes the new Baleno’s interior feels more fresh and sporty. Maruti Baleno has moved on with several new features. Dual front airbags, ABS and EBD as well as ISOFIX child seat anchor is currently available as standard. Along with these techs, the new standard Baleno will be added with rear parking sensors and co-driver seatbelt alert as well as speed alarm system.

For the previous version, the Baleno comes with SmartPlay infotainment system supported with Apple CarPlay and Android Auto. Moving toward the 2019 facelift, this car will come with the latest version of SmartPlay system. However, this smart aid remains to be available on the high-end variants only. One good news is, on the lower variant which previously only got a 2-DIN audio system with a physical button is now on sale with smarter capacitive sensing button, which is currently used on the new Ertiga.

For the RS version, just like in the previous life, it shares the same kit with Baleno’s top-spec variant. One bonus for the performance version is the rear disc brake. In term of engines, the Baleno keeps the 1.2-litre K-Series petrol engine and the 1.3-diesel DDiS motor from the previous model. These engine could release the power of 84PS and 75PS, and the torque of 115Nm and 190Nm, respectively. The 5-speed manual transmission is available with both engine option. Another optional transmission is the CVT gearbox that is only offered on above-standard petrol trims.

The RS will also keep its engine setting of the same 1.0-litre turbocharged petrol engine that produces 102PS of power and 150Nm of torque. This unit is matched to a 5-speed MT. 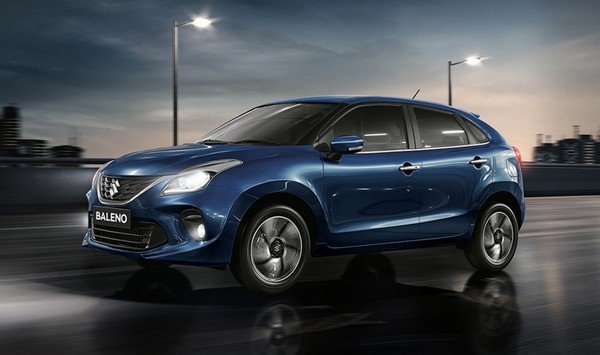