Force is all set to launch its new generation of the Gurkha - the Gurkha Xtreme. The Gurkha will compete directly with Mahindra Thar. Which one will make a better off-roader? Let's read the following comparison to find out the answer.

The segment of the off-road SUVs is not a busy market. There are only some few familiar players on the field over years, for example, Mahindra Thar and Force Gurkha, to name some. And possibly in 2018, we will witness the rivalry of the up-coming Gurkha Xtreme variant and Mahindra Thar.

Force Gurkha is going to welcome the new member to the family – it is the new variant Force Gurkha Xtreme. The Xtreme is built on the out-going Gurkha Xplorer variant. The new variant will include some minor cosmetic and mechanical changes.

After being launched, Gurkha Xtreme will lock horns with Mahindra Thar. Mahindra has no rivals but it is no longer true with the debut of the Gurkha Xtreme which is positioned as the top-spec variant. IndianAuto will help you to figure out the pros and cons of these two options with regard to the looks, performance, and off-roading ability.

Being a revised version of the Explorer, Gurkha Xtreme inherits many design features from its predecessor. For example, the grille with a single metal trim and a Force badge in the middle, the round headlight as well as the tough-looking bumper are all brought from the Xplorer. From the side, the Xtreme remains the same pronounced wheel arches with body cladding. Boxy and rough, the Gurkha Xtreme stays faithful to the design philosophy of a typical off-roader. 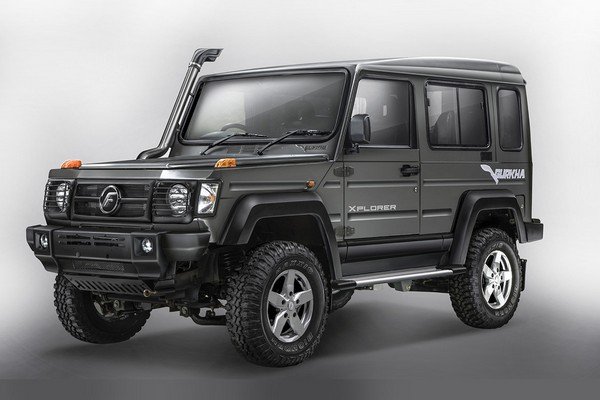 Force Gurkha Xtreme is based on the Gurkha Xplore

Mahindra Thar, on the other hands, is strongly influenced by the retro style, mostly inspired by the Willys Jeep. The overall box frame of an off-roader become milder with some curvy line on the front. The vertical-slat grill also enhances the retro vibe and the charming look of the fascia. Apart from that, the Thar still features all the signature characteristics design of an off-roader, like the round headlamps, a heavy-duty bumper, and a spare wheel. Whereas the Xtreme offers both soft and hard-roof, the Thar only comes in with the soft roof option. 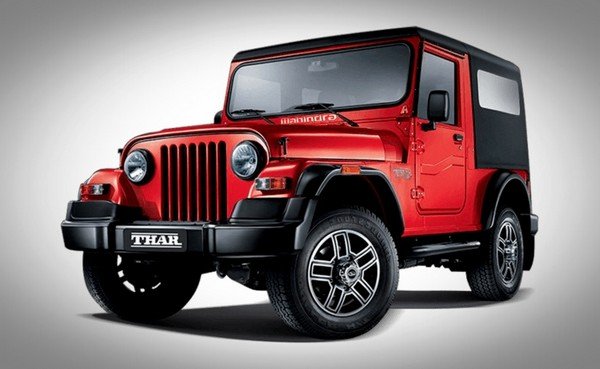 It is well-known that you could not expect anything more than average from the interior design of an off-road SUVs. Basically, Gurkha Xtreme and Mahindra Thar are not the exceptions. They all offer a rudimental interior feature. 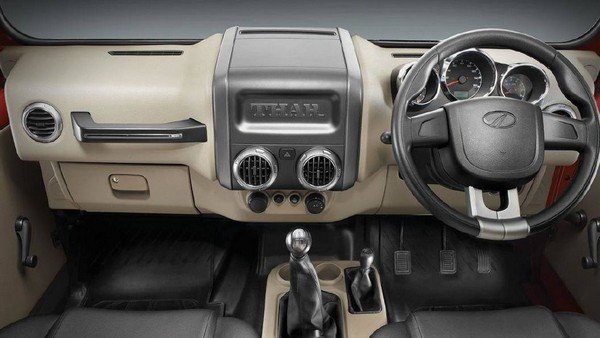 Gurkha Xtreme’s interior is a tad dated. It includes features like air conditioner and power steering. Mahindra Thar seems to score over the Xtreme with a longer list of features. The Thar’s dashboard also looks more premium with a dual-tone theme. However, the Gurkha Xtreme has an advantage of having a hardtop which will enable a more comfortable experience inside the cabin, especially when coasting all day long in scorching weather. It is also the Gurkha who owns a better ergonomics.

The most noticeable updates of the new Gurkha is the engine. The Gurkha Xtreme will ditch the old 2.5-litre engine which could humbly make 84PS and 230 Nm. New off-roader from Force Motor receives a new engine under the hood – an all-new 2.2-litre four-cylinder turbocharged diesel engine which is sourced from Mercedes-Benz. The engine could pump up 138PS of peak power and 321Nm of peak torque. The only transmission option offered is a five-speed manual gearbox which is also from Mercedes-Benz. Force Gurkha Xtreme also offers all-wheel drive systems with high and low ratios and front- and rear differential locks. The Gurkha Xtreme will be given a new 2.2-litre four-cylinder turbocharged diese  engine

Mahindra Thar’s engine is a 2.5-litre four-cylinder, turbocharged diesel motor which is able to produce 105bhp and 247Nm of torque. A 5-speed manual gearbox with a 4x4 transfer case with high and low reduction gear.

Looking at the engine specification, it seems that the Gurkha Xtreme will offer a more powerful performance.

Let’s move to the most interesting aspect of an off-roader – the ability to go off-road. According to the leaked specs, the Thar loses to the Xtreme in terms of power and torque

Compared with its sibling – the Xplorer, the Xtreme’s off-road capability is obviously better. The Xtreme owns the ground clearance of 205mm, which is 5mm higher than Mahindra Thar. The Gurkha Xtreme also has a greater track of 1,530mm, while the Thar’s track stands at 1445mm. It is also noteworthy that the Gurkha also boast larger tyres (245/70 R16s) than both the Xplorer and the Thar (235/70 R16s).

Another specification which could give us hints of a vehicles’ off-road capability is the approach, departure, and ramp break-over angles. With regard to this aspect, the Gurkha Xtreme and Thar share the same approach and ramp angles which is 44 degrees and 28 degrees, respectively; however, the Xtreme has a greater departure break-over degrees. It seems that the Gurkha has a better specification for an off-roader.

The Gurkha Xtreme is positioned as the top-spec of the Gurkha family; therefore, its price is expected to be higher than the price of the Xplorer and fall around Rs 14 lakh. Whereas, Mahindra Thar’s price range starts at Rs 9.24 lakh. It means that the Gurkha will be costlier than the Thar. 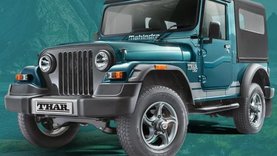 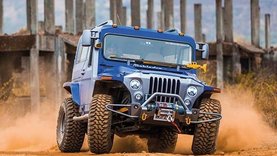