Toyota has recently launched an all-new Glanza premium hatch which has been developed under the company's partnership with Suzuki Motor Corporation. To see how the newcomer slots in the aggressive competition, we've worked on the detailed comparison of the Toyota Glanza vs its main rivals in the segment with regards to the dimension, specifications and price.

Toyota has just launched its rebadged version of Baleno, the Glanza in the Indian market at the starting price of Rs 7.22 Lakh (ex-showroom, India). Since not much has been done to alter the overall packages, how the all-new Toyota-badged Glanza can compete against its stronger competitors has become a hot topic for debate in recent days. Now we’ve pitted the newly-launched Toyota Glanza against its primary market rivals including Maruti Baleno, Hyundai Elite i20, Honda Jazz, VW Polo and Toyota Etios Liva to see how these cars compare against each other on paper. 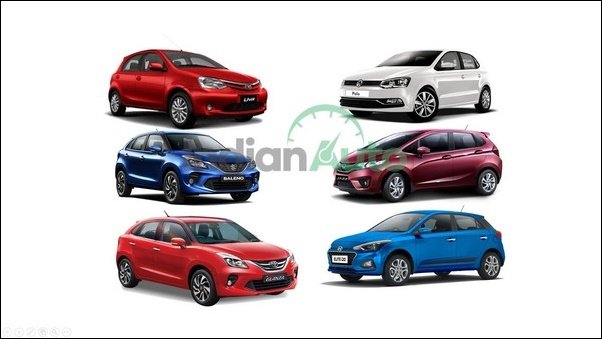 You know, the Toyota Glanza looks identical to the Maruti Baleno that the former was based on and the same goes for dimensions. Therefore, the Glanza and Baleno appear to be the longest and largest models in the segment of premium hatchbacks, regarding the overall length and width. These cars have the roomiest interiors in the lot, and at the same time, they get the second-largest boot spaces of 339 litres in the group. Currently, the Honda Jazz takes the lead in terms of boot capacity at 354 litres while the Etios Liva stands at the bottom with 251 litres of the boot lid. 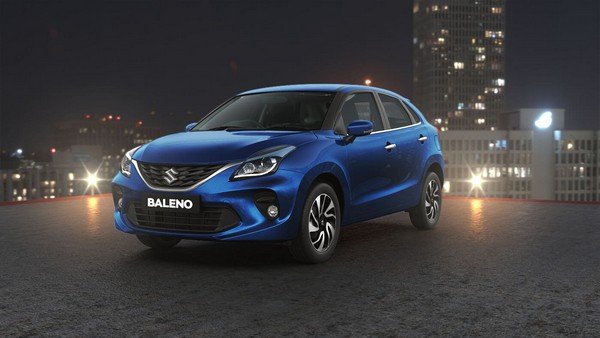 In terms of height and wheelbase, the Toyota Glanza and Maruti Baleno share the same height of 1510 mm with the Etios Liva sibling while they stand on par with the Honda Jazz with 2530 mm in the wheelbase. The tallest model in the competition is the Honda Jazz while the Hyundai i20 gets the longest wheelbase at 2570 mm. Having the most compact footprint in the segment, the Toyota Etios Liva measures 3884 mm in length, 1695 mm in width, 1510 mm in height along with the wheelbase of 2460 mm. For the highest trims, except for the Honda Jazz and the Liva which gets a set of 15-inch alloy wheels, all the rest of premium hatches employs 16-inches. The Hyundai i20 is the heaviest hatchback of the lot with the kerb weight of 1080 kg, followed by the Honda Jazz and Volkswagen Polo. The Toyota Glanza is the lightest model and of course, the same goes for its donor model, Maruti Baleno as well. Check out the dimensions of these cars in the below table.

It is commonly known that the Toyota Glanza retains the petrol engines and gearboxes from the vehicle that it’s built on, the Maruti Baleno. They come to share the same 1.2-litre K12B petrol engine as well as a 1.2-litre DualJet K12C unit, both of which are BSVI compliant. The K12B version churns out 83 HP of max power and 113 Nm of peak torque while the K12C engine which is paired with a mild-hybrid system can put out 90 HP per 113 Nm of torque. Both the motors are coupled with a 5-speed manual transmission but the K12B unit gets an optional continuously variable transmission.

With these aforementioned figures, the Glanza and Baleno churn out quite a decent power and torque. However, the Volkswagen Polo GT TSI still remains the most powerful model amongst the group thanks to a 105 hp, turbocharged 1.2-litre petrol mill which is mated to a 7-speed DCT unit. Interesting, it’s again the Volkswagen Polo to be the least potent car here. The standard VW Polo employs a 1.0-litre 3-cylinder gasoline burner pumping out 76 horsepower unit. The Honda Jazz and Hyundai i20 are both powered by 1.2-litre engines but for a different state of tunes with the Jazz making a tad more power. They also share the same gearbox choice including a 5-speed manual or a continuously variable transmission. In the meanwhile, powering the Toyota Etios Liva is a 1.2-litre 4-cylinder naturally-aspirated engine tuned for 80 HP of power and 104 Nm of torque. Above all, the newcomer Toyota Glanza misses out on the option of a diesel burner that all other rivals do offer.

Maruti Suzuki has recently announced its plan to discontinue all diesel cars from the company’s product lineup ahead of the BSVI’s rollout. That comes courtesy of the Maruti Baleno diesel being phased out from the production line. Since the Baleno shares its complete engine-gearbox combination with the Glanza younger sibling, as things are, the fuel mileage will be exactly the same for the Toyota Glanza and Maruti Baleno hatchbacks as well. The K12B gasoline-powered models return an ARAI-certified 21.01 kmpl (for the manual) and 19.56 kmpl (for the CVT). In the meantime, the K12C DualJet motor delivers a staggering fuel economy of 23.87 kmpl that make it the most frugal engine in the competition. Figures do not vary much for the Honda Jazz, i20, VW Polo or Etios Liva. In specifics, the Honda Jazz is the second-most fuel-efficient model here with the fuel mileage of 19 kmpl for the CVT and 18.2 kmpl for the manual option. The Hyundai i20 returns quite a decent fuel economy of 18.24 kmpl (for MT unit) and 17.4 kmpl (for CVT unit) while the VW Polo gets the efficiency of 18.78 kmpl (for MT version) and 17.21 kmpl (for the AT variant). That of the Toyota Etios Liva stands at 18.16 kmpl.

The ageing Toyota Etios Liva is the cheapest car of the lot with the price range of Rs 5.34 lakh-Rs 6.30 Lakh. However, it should be noted that this model slots in a lower segment of hatchbacks as against the other competitors.Interestingly, the entry-level Toyota Glanza which is, as you all know, the first fruit of Toyota and Suzuki partnership, does undercut its equivalent Maruti Baleno Zeta Smart Hybrid variant by around Rs 64,000. Barring that, the rest of the new Glanza sits on par with the Maruti Baleno still. Besides, the Glanza also goes one better than its donor car with a 3-year/1,00,000 km standard warranty. The Baleno, at the same time, offers a 2-year/ 40,000 km warranty as standard merely. Also impressive is the extended warranty scheme of the Glanza which offers up to 5 years/ 2.2 lakh km along with a low maintenance cost.

At the competitive price bracket of Rs 7.22- 8.90 Lakh, the Toyota Glanza also towers over the range-topping variants of Honda Jazz, Hyundai i20 and VW Polo in the comparison. The Volkswagen Polo turns out to be the most expensive at Rs 9.60 Lakh for the top-spec variant (all prices are ex-showroom). 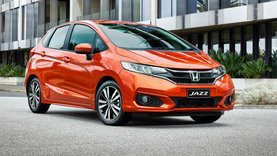