Tata Altroz: All You Need To Know About The Upcoming Baleno Rival

Check out our Tata Altroz review, including all the details of its Exterior design, Interior design, Specs, Mileage, Price, and expected launch date of the Maruti Baleno Rival

Tata Motors had created a lot of hype with the 45X concept reveal at the 2018 Auto Expo, and then once again when it displayed the same car in near-production form at 2019 Geneva Motorshow. Since then, a lot of interesting details have surfaced about the car, including everything from specs to its name; Altroz. Auto-enthusiast and buyers have been waiting for the launch of the Tata Altroz for a long time now, but so far, nothing has happened. That hasn’t stopped people from ogling over every little detail they can find about the car. Here, we have a Tata Altroz review with every little detail we could find about the specifications, price, expected fuel-mileage, and the expected launch date. 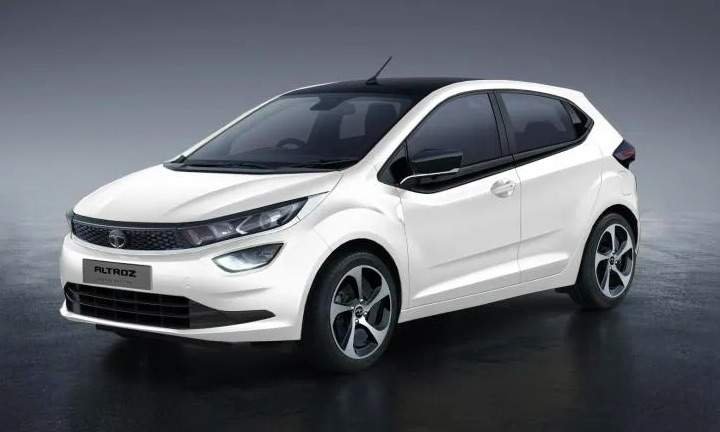 Although the design of the Tata Altroz is different from the 45X concept car, it remains largely the same. The Altroz has a larger front grille, along with larger headlamps as well. On the side profile, the biggest change is the design of the alloy wheels. It is a lot simpler than the ones on the concept car. The glass area is also bigger, and bigger windows are better for visibility. The rear has quite a unique design, with tail lamps resembling the one on Tata Harrier SUV. The interior of the car utilises a dark colour theme. You get a 7-inch touchscreen infotainment, steering mounted controls, and a semi-digital instrument console. The latter consists of an analog speedometer, a digital screen which shows a tachometer, driver information, tripmeter, etc.

According to previous reports, the Altroz will feature two engine options; a 1.2-litre 3-cylinder engine from the Tiago, and the same engine in turbocharged form from the Nexon. The former has a max power and torque output of 70PS and 140Nm respectively, while the latter produces 110PS and 260Nm. At the moment, it doesn’t seem like there will be a diesel option, as currently there is no small BSVI compliant diesel engine in Tata’s arsenal. There will also be an electric variant of the Altro, which will be introduced later. The Altroz EV will feature the best of Tata's latest ZIPTRON electric technology.

Fuel-economy figures of the Tata Altroz should be impressive, considering that it uses the same engines as seen on the Tiago and Nexon. The naturally-aspirated Tata Altroz will be the more economical one, with an estimated 21 kmpl, while the turbocharged one should be good for 18 kmpl. Altroz EV will probably feature upwards of 200 Km of range on a full charged battery.

Also See: Tata Altroz To Be The Lead Car At 2020 Mumbai Marathon

At the moment there are no official figures on the price of the Tata Altroz, but it be in the same ballpark as the Maruti Baleno and Hyundai i20. We expect the Altroz to retail for between Rs. 5.8 to 8.5 lakh (ex-showroom). The price of the EV variant will be higher, upwards of 12 lakh approximately.

The original launch date of the Altroz was supposed to be in October 2019, but that was pushed ahead to early next year. It could be that Tata feared that the introduction of the Altroz might cannibalise the sales of Tiago, Tigor, and Nexon, all of which have a significant stock of BSIV models. Clearing those out would be a higher priority. A second reason could be that Tata will launch the Altroz in a BSVI avatar, rather than launching it as a BSIV model and then later upgrading to BSVI. Test drives will be available from dealerships a week before the launch. State tuned to IndianAuto for a detailed Tata Altroz review from the media test drive.