After being teased in June 2018 and tested many times, the 2019 BMW Z4 has been officially introduced at Pebble Beach Concours d'Elegance.

BMW has exhibited the Z4 in the top-spec M40i variant First Edition and an M performance variant for the first time.

The 2019 BMW Z4 is based on the German brand's new Cluster Architecture (CLAR) platform, sharing the same platform with the 5 Series, 7 Series, X3, X4, X5 and the upcoming seventh-generation G20 3 Series. Therefore, the new convertible sports car is lighter and more energetic.

The new BMW Z4 looks much sharper than it was before. It has a wide and black kidney grill and swept-back headlamps.

Another highlight of the 2019 BMW Z4 is the folding soft top being carried forward. Its side profile looks good in both open-top and soft-top formats. It offers shiny 19-alloy black wheels and the side vents which remove air from the front wheel wells. All of these contribute to its sportiness.

At the rear, the shiny LED tail lamps are L-shaped. The pair of vents helps decrease the drag generated in the rear wheel wells as well as complementing to the beauty of the car. 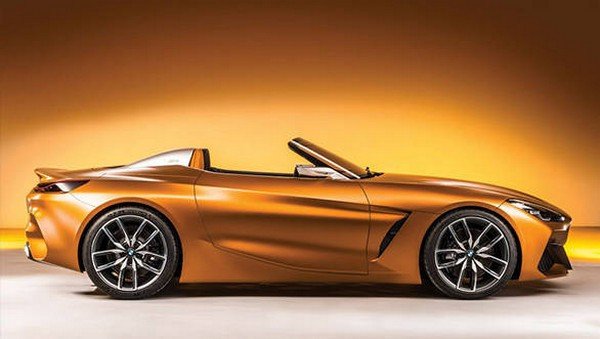 The new BMW Z4 looks much more angular than before

BMW seems to have thoroughly invested in the new A4 with all the cutting-edge technologies of a latest BMW model. Similar to the 8 Series Coupe, the new Z4 provides a digital instrument cluster, a much larger free-floating infotainment screen right above the trapezoidal centre AC vents, adaptive LED headlights with matrix function for high beam, Harman Kardon surround sound system and BMW heads-up display.

Plus, it is also available with electrically adjustable seats with the memory function which provide comfort for both of the driver and the co-passengers.

The front-engine rear-wheel-drive BMW Z4 roadster has a 3.0-litre turbocharged straight-six engine which delivers 340bhp and 450Nm of torque. The engine can be customized to capture the variant and the market. However, it offers only the 8-speed automatic transmission. 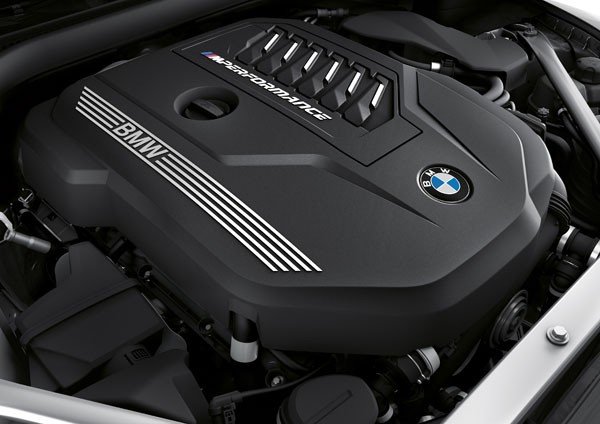 Extra information of the Z4 such as variants, engine and equipment will be disclosed by BMV on September 19, 2018, but not until 2019 July will the new convertible be officially sold in the world. It is anticipated that after its global launch, the new Z4 will be released in India as a CBU, like its former model. Its expected rivals would be Porsche 718 and the Mercedes-Benz SLC which cost  Rs 85.95 lakh to Rs 89.95 lakh and Rs 82.85 lakh (ex-showroom Delhi), respectively.