Tata Harrier Vs Mahindra XUV500 Vs Renault Duster: Which One Is The Best Off-Roader?

Recently, a video which shows the three SUVs: Tata Harrier, Renault Duster and Mahindra XUV500 travelled through the same terrain has been published on Youtube. Let’s compare their performance in an off-road challenge.

Earlier in 2019, Tata Motors introduced the long-awaited Harrier SUV to the Indian auto market. The new SUV has an aggressive price and has received good response from the Indian SUV enthusiasts community. Nevertheless, the company has also received various complaints about the absence of the all-wheel drive system or four-wheel drive system. Fortunately enough, Tata has equipped its latest product with the Terrain Response System, which has been specifically developed for SUVs for a better performance on different terrains. So, how well does the Tata Harrier behaves when going off-road in comparison with other SUVs which are equipped with an AWD system like the Mahindra XUV500 and the Renault Duster? Firstly, please have a look at this video.

Harrier Duster and XUV on the same obstacle under different conditions

How do the three SUVs perform off-road?

The above video was published on Sumitro YouTube Channel. In the video, the Tata Harrier is the first to face the challenge. At the beginning of the track, it travels over a rock with the ESP is off. The front wheels rotate a little bit but then it soon retains the balance and overcomes the rock. Then it takes on the challenge again with the ESP on. With the guidance of the audience around, it overcomes the rock successfully without any issues. The Tata Harrier completes the off-roading challenge quite successfully

The next is the Renault Duster AWD. As we can see in the video, its wheels keep slipping, which causes many difficulties for the SUV in climbing onto the rock. Eventually, after a few struggles, the Duster manages to reach the position of the Tata Harrier. 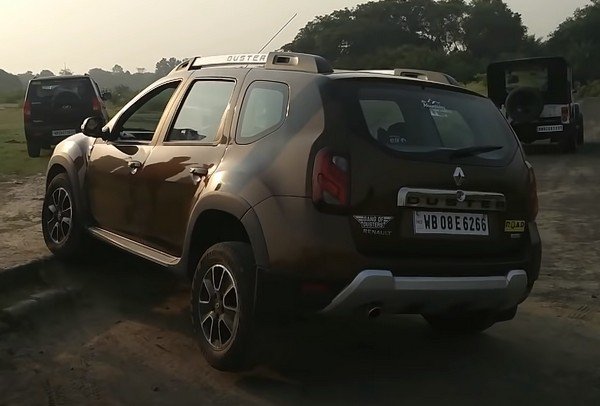 Finally, it is the Mahindra XUV500’s turn. Despite experiencing fewer difficulties than the Renault Duster when climbing up, the Mahindra still has to spend several tries before finally reaching the top of the rock. 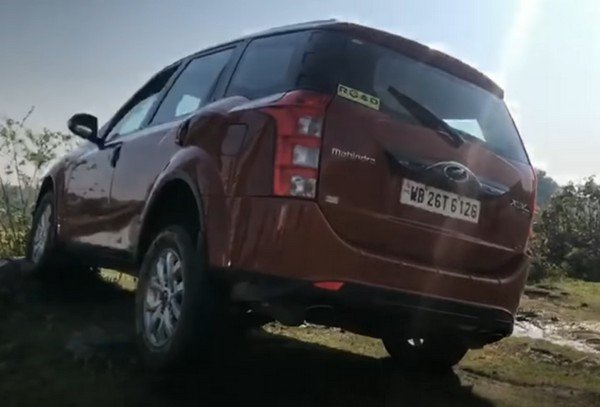 Does the Terrain Response System help the Harrier become the best off-roader?

The Terrain Response System (TRS) has been specifically developed for the Harrier 2WD. It offers three different driving modes: Normal, Wet and Rough. Although the home-grown automaker has not explained in details how the car operates in each mode but one thing for sure is that these three modes help the Harrier more efficient. Moreover, it is also equipped with the advanced Electronic Stability Program (ESP), which can perform numerous functions such as cornering ABS and off-road stability control. The TRS functions like another lock in the Harrier SUV. It makes the Harrier become more effective by applying the brake to one of the wheels which rotates freely to send the power to the other wheel. Moreover, the new tyres, which offer a great balance for the Harrier also contributes a significant role to its success.

The Mahindra XUV500 and the Renault Duster both come with the AWD system which provides the power for all the four wheels. AWD lock is also equipped on these two cars, ensuring that the AWD is engaged when the cars travel across rough terrains. However, the differential locks are absent on both of these two cars, which leads to the free wheel rotating more when the vehicle gets stuck. 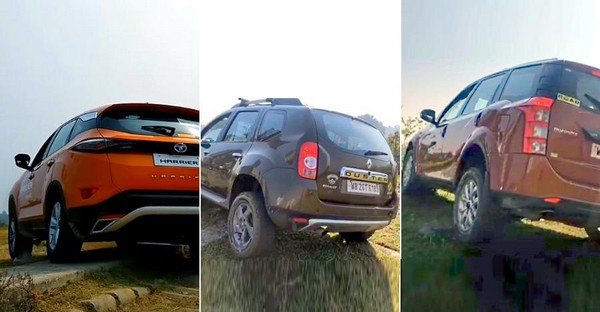 In such conditions, the Tata Harrier appears to operate better than the two other AWD vehicles

In conditions like slush or snow, AWD cars can operate better the FWD ones, but their behaviour totally depends on the situation.  One method to make the AWD cars like the Renault Duster and the XUV500 more capable is to equip them with high-quality tyres. There are off-roading car tyres on sale particularly developed for mud terrain and other off-road conditions.

Despite the absence of the AWD or the 4WD system, the Tata Harrier is still totally capable with the TRS. To equip the new SUV with only a front-wheel drive system is a method of Tata to keep the price friendly with the customers. The company also has no intentions of introducing the Harrier with an AWD or 4WD system in the near future.