0 0
2020 Honda City will come with both exterior and interior updates. It is expected to launch in India next year

Honda has been carrying out testing on the next-gen Honda City in both India and other countries for a while now. Reportedly, the world premiere of this car will take place next month. For the Indian market, it is expected to be launched next year. Prior to India launch, Honda will have introduced the new City in some ASEAN countries including Thailand. 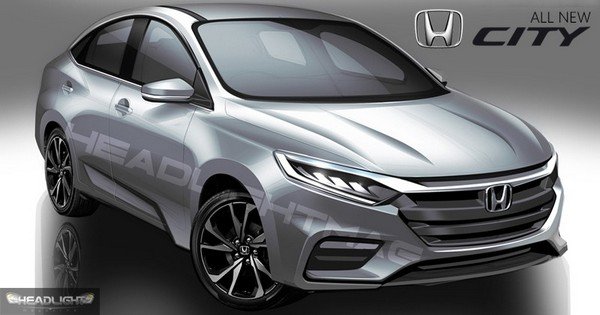 2020 Honda City will make its debut next month, India launch will follow in the upcoming year

Details of the new Honda City have been leaked over the internet. As per sources, Honda City is expected to receive a new 1.0-litre turbo-petrol engine with the turbocharger is sourced from Borg Warner. This engine delivers a maximum power of 120 Bhp. The transmission options for this engine include a standard six-speed manual gearbox and an optional CVT unit. The introduction of this new engine particularly targets at the Thailand market. On the other hand, most markets will get a 1.5-litre VTEC petrol engine that uses i-MMD mild-hybrid technology. The same engine will be utilized on the Honda Jazz which will make its global debut at the upcoming 2019 Tokyo Motor Show. This engine will come with either a six-speed MT or a CVT. Fifth-gen Honda City will receive both interior and exterior updates

Apart from these engine options, Honda City will continue to make use of the 1.5-litre i-DTEC diesel unit which has been employed in a range of Honda’s cars. Currently, this engine can make a maximum power of 100 Bhp and a 200 Nm. When entering the Honda City range, this engine will be BSVI-ready. Power output can differ from its current capability. This engine will come with a six-speed manual transmission.

The design updates on the 2020 Honda City deeply reflects Honda’s latest design language. Accordingly, the fascia of Honda City will look sharper and wider. The front ends will come with a revised bumper, LED headlamps, taillights, LED headlights with chrome inserts. On the inside, the interior will get major updates including a larger infotainment touchscreen with Apple Carplay and Android Auto support and full-digital instrument cluster and upmarket material. The safety package will be added with a couple of new features. To get the latest updates, visit IndianAuto.com.