The next-gen Hyundai Creta will more likely to be inspired by the Palisade and bears a great similarities with the Chinese-spec Hyundai ix25.

Last month, we broke the news that the next-gen 2020 Hyundai Creta’s road testing had commenced in India. Now, the upcoming SUV has been spotted during its road test again, according to some recent reports. Previously, some sources suggested that the new-gen Indian-spec Creta will go in a different styling approach as compared to the next-gen Hyundai ix25. However, it is now quite apparent that these models will be at least similar in terms of design, if not completely identical. The 2020 Hyundai Creta has been spotted on test in India once again, readying for its launch in 2020.

In all likelihood, the second-gen Hyundai Creta will be greatly inspired by the Hyundai Palisade in its design, giving it a butch look. In a way to keep it fresh amongst the modern Indian buyers, the Hyundai Creta is added with a mix of lines and curves, as opposed to the elegant, simple and well-sorted design of the first-gen Creta. Since the latter has been a key to Creta’s success story in our country, the new appearance of the second-gen SUV might go over the head for the domestic car fanatics. 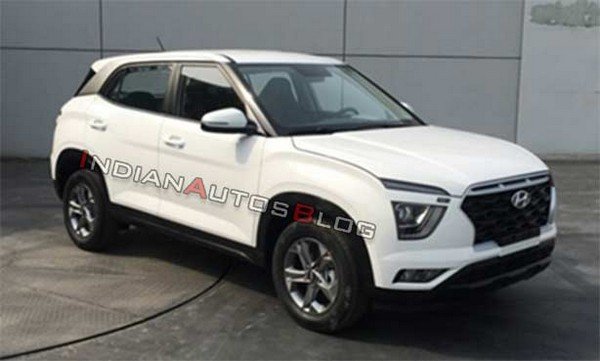 The next-gen Hyundai Creta is set to be launched in 2020 and rivals the likes of Kia Seltos, Tata Harrier, MG Hector.

Nevertheless, the interior of the next-gen Creta looks very promising. Designed for the young Indian tech-savvy customers, the cabin of the new Hyundai Creta will be an elegant, plush and upmarket unit. It will feature a new smaller steering wheel, a large floating infotainment central display, horizontal central AC vents, a fully-digital instrument cluster among others. Besides, the upcoming Hyundai Creta will be also equipped with a panoramic sunroof, split LED headlamps and tail lamps, shark fin antenna, 17-inch alloy wheels, electric parking brake, 360-degree camera view and more.

The 2020 Hyundai Creta will more likely to come with a range of engines, including the 115 PS 1.5-litre naturally-aspirated petrol engine, a 115 PS 1.5-litre turbo-diesel engine and a 120 PS 1.0-litre turbo-petrol unit. The Indian launch is expected to happen around mid-2020.