The upcoming 2021 Mahindra Alturas G4 has been recently spotted while getting tested in South Korea. The new SUV is expected to hit the Indian by next year.

Mahindra has recently launched the BS6-compliant Alturas G4 in the domestic market. The company’s flagship premium SUV is based on the Ssangyong Rexton G4, which will soon receive its mid-life facelift in the South Korean market by the end of this year. Before its official launch, the upcoming SUV has been recently snapped while getting tested in South Korea. Moreover, in our market, Mahindra will introduce the Alturas G4 facelift sometime next year. The test car was heavily camouflaged covering most of the design details. The updated SUV will launch in S. Korea by next year

From the spy images, details like new honey-comb mesh grille, a wide hexagonal radiator grille, redesigned headlights and updated bumper are easily visible. The upcoming SUV also features a new set of alloy wheels, taillights along with repositioned badging at the back. Inside, the updated model will employ a new BMW-like gear shifting stick. We also expect the touchscreen infotainment unit to get updated with new connected features. The new SUV will continue to get features cruise control, a 360-degree camera, two-zone climate control, electric tailgate, ventilated seats, coloured MID and so on. In terms of safety, the new model will get the same features like ABS with EBD, nine airbags, electronic stability program, hill start assist and hill descent control. 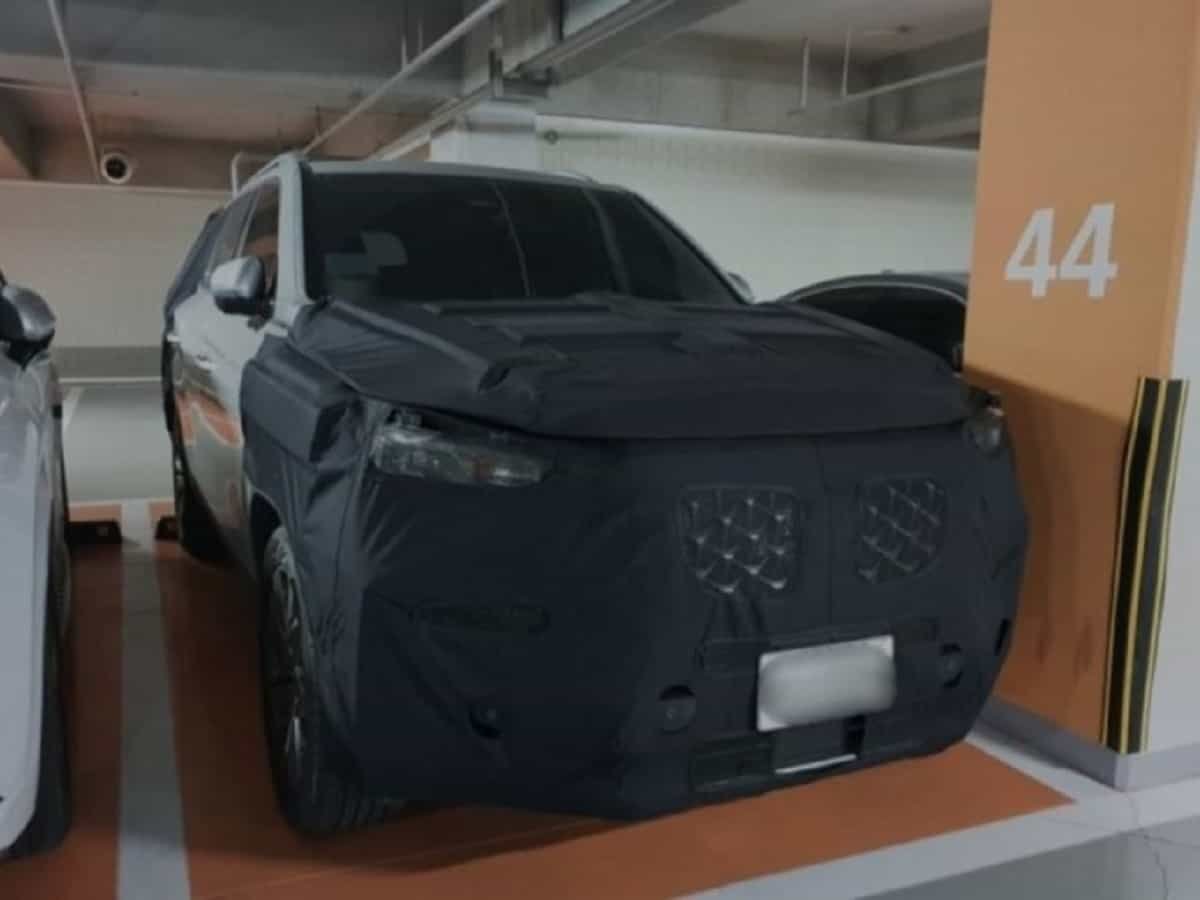 The South Korea-spec Ssangyong Rexton G4 is powered by a 2.2-litre diesel engine that produces 187 PS of peak power (6 PS more than its predecessor) and 420 Nm of twisting force. Transmission duties will be done by 7-speed automatic gearbox. In our market, the 2021 Mahindra Alturas G4 will be offered with a BS6-compliant 2.2-litre diesel unit, which puts out power and torque outputs of 180 PS and 420 Nm. The SUV will continue to be offered in 2WD and 4WD options. The engine will come mated to a 7-speed automatic gearbox.