The home-grown carmaker, Mahindra & Mahindra has revealed its plan to introduce a new generation of the Mahindra Thar in 2019 with some big changes in design and performance. Here’re five things that you need to know about the upcoming Mahindra Thar SUV.

The well-received off-roader, Mahindra Thar has been around the country from October 4, 2010. The compact mid-size off-roading four wheelers seem to be long in the tooth but it still proves a certain position in its segment by a great sale figure recorded each year. The forthcoming Mahindra Thar will be seriously updated to meet the stricter needs and aspirations from the Indian customers. 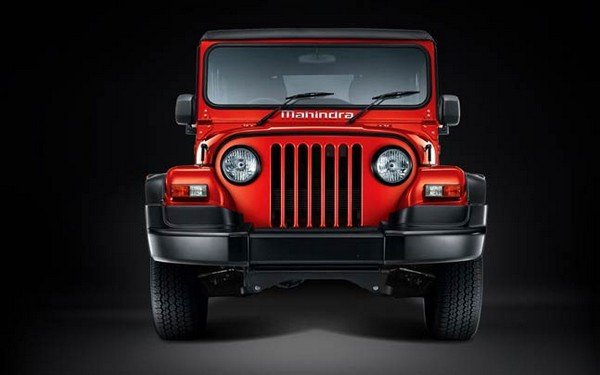 Mahindra will develop an all-new platform on its Mahindra Thar 2019 so the SUV is going to be marginally longer as compared to the current-gen vehicle. The change in the architecture will help the car comply with the new safety standard regulated by the Indian authority and make it well suited the petrol and electric powertrain system on the new SUV.

As mentioned above, the all-new Mahindra Thar will be equipped with a refreshed petrol and diesel engine options including a 1.5-litre petrol burner developed jointly by Mahindra and Ssangyong along with a 2.0-litre diesel motor. The current generation of Mahindra Thar is powered by a 2.6-litre MDI and a 2.5-litre TCI-CRDe diesel engines delivering the powerful handling and responsiveness. As based on the newly developed platform, the 2019 Mahindra Thar will enhance the vehicle’s rigidity and the top-notch sense of safety for driver and passenger. Besides, the SUV is likely to come with a plethora of safety features encompassing:

The home-grown manufacturer plans to work seriously on the styling of the vehicle. The original strong profile will be retained while some overhaul in exterior features will be added. Mahindra’s in-house design team will co-work with Ssangyong and the Italian Pininfarina to manufacture the new model. The exterior highlights include redesigned front grille, larger LED headlamps and taillamps, renewed bumpers, revived alloy wheels and many more. It is anticipated that the interior of the upcoming Mahindra Thar will be equipped with plenty of newly advanced fitments. A large touchscreen infotainment display with smartphone connectivity will be available in the Thar. Besides, it will be also packed with wider front seats, wireless charger, a new 2 DIN audio system, multi-functional steering wheel, windshield demister together with 3-Pod digital instrument console and air conditioner with heater. We also expect that more intelligent connect technologies and driver’s aids will be offered in the Mahindra Thar SUV.

Mahindra XUV300/Inferno To Get Segment-leading Features