Upcoming Tata SUVs that will Launch by 2022

Here are all the details of as many as 4 Upcoming Tata SUVs in India that will launch in the market in the next 24 months, including the Tata Gravitas, HBX, Harrier Petrol, and Blackbird.

In the last few years, Indian carmaker Tata Motors has gained quite some popularity among the buyers. Cars like Tiago, Nexon, and Harrier are getting sold in good numbers. Moreover, the company is also planning to expand its portfolio by launching new SUVs into the Indian market. Here are the 4 upcoming Tata SUVs which are expected to get launched in the next 24 months or so.

The seven-seater version of Harrier, which was showcased by the company at the Auto Expo 2020 is expected to get launched early next year. Dubbed Tata Gravitas, it will be even sold in some foreign markets. The Gravitas looks a fair bit like the Harrier but is full 63 mm longer, which means the SUV offers spacious three rows of seats.

The Tata Buzzard derives power from more the same 170PS 2.0-litre Kryotec engine that powers the updated Harrier. Transmission duties will be done by a 6-speed manual and a Hyundai-sourced 6-speed automatic gearbox. The SUV will share the OMEGA platform with the Tata Harrier. The upcoming Tata SUV will rub its shoulders with the likes of MG Hector Plus and Mahindra XUV500. It will expectedly carry a starting price tag of Rs 15 lakh (ex-showroom).

Tata H2X made its debut at the Geneva Motor Show and it is expected to get launched sometime later this year. Its near-production-ready version was showcased at the 2020 Indian Auto Expo as the Tata HBX. The HBX is a sub-4-metre hatchback and it will compete against models like the Maruti Ignis and the Mahindra KUV100. The Tata H2X will carry the company’s Impact 2.0 design language like all the recent Tata models. The SUV will be underpinned by the ALFA architecture, which will debut on the Tata Altroz.

The Tata HBX will get propelled by the 1.2-litre petrol engine which will also power the Tata Altroz. The chances of Tata HBX to get powered by a diesel engine are quite minimal due to the fast falling popularity of small diesel cars and, the increased cost of the engine after the BSVI emission norms gets implemented.

Updated earlier this year, the Tata Harrier has got popular among the people pretty fast and, the main reason that this SUV has become popular and it has established a decent fan base in the country are futuristic looks, high-quality cabin, and even an adequately powerful diesel engine that is now even available with an automatic transmission option. However, thanks to the fast increasing popularity of petrol vehicles, the Harrier will even get a petrol engine in the future, which is something that will surely help the SUV increase its appeal and target a wider section of buyers.

The company is also working on an all-new SUV which has been internally codenamed as the Tata Blackbird. The SUV will be slotted between the Tata Nexon and Harrier. The forthcoming SUV will compete with the likes of Hyundai Creta and the Kia SP2i. The SUV will be underpinned by the ALFA architecture from the Altroz and H2X. The Tata Blackbird will come equipped with some premium features like electric sunroof, leather seat upholstery, cruise control, automatic headlamps and wireless charging. 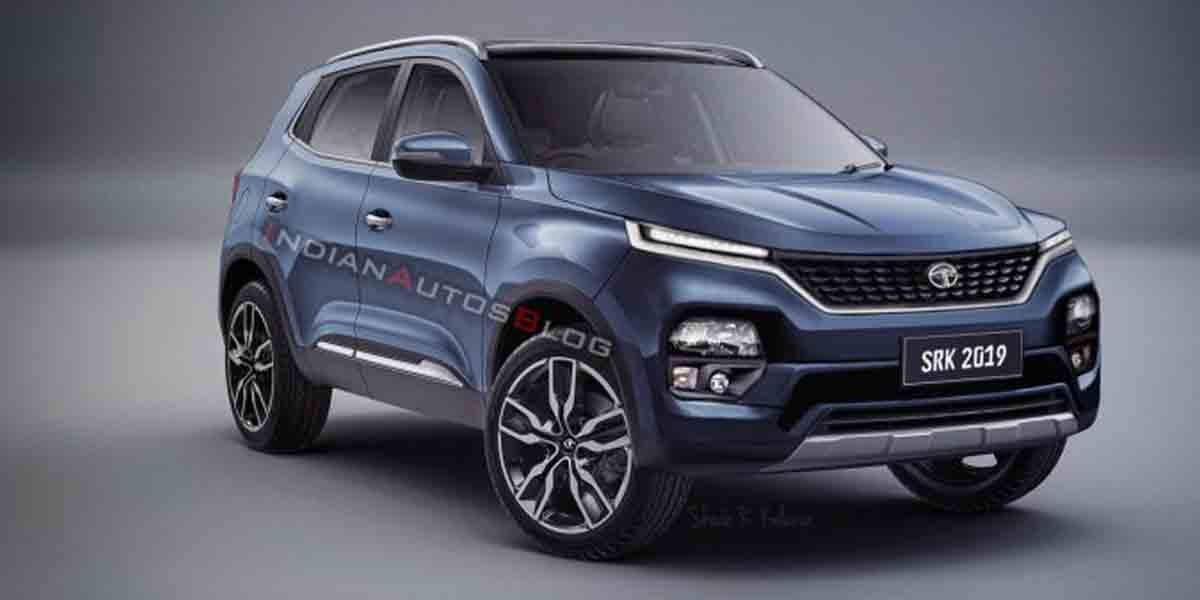 The SUV is also expected to get powered by turbocharged 1.2-litre petrol and 1.5-litre diesel motors of the Nexon. The hatchback will come mated to a manual and automatic transmission.

Above is a list of 4 upcoming Tata SUVs in India. For more interesting stories, stay tuned and keep yourself updated with IndianAuto.