Audi e-tron Displayed In India, Expected To Launch By 2020

India-spec Audi e-tron will be launched in India by the end of 2019. India's e-tron is expected to arrive with the same specs as on the European version.

Audi e-tron is slated to go on sales in India by the end of this year. Ahead of its launch, Audi e-tron has been on display to raise awareness and attract customers. However, the model showcased by Audi is a left-hand-drive version. The right-hand drive version which will be retailed in India has gone into production.

Audi e-tron, in term of size, slots between the Audi Q5 and Audi Q7. It measures at 4,901 mm long, 1,935 mm wide and 1,612 high. As the size suggests, this model could be called Q6. However, as the price of this electric model which is substantially higher than those of the Q7 or even the Q8, indicates the otherwise. 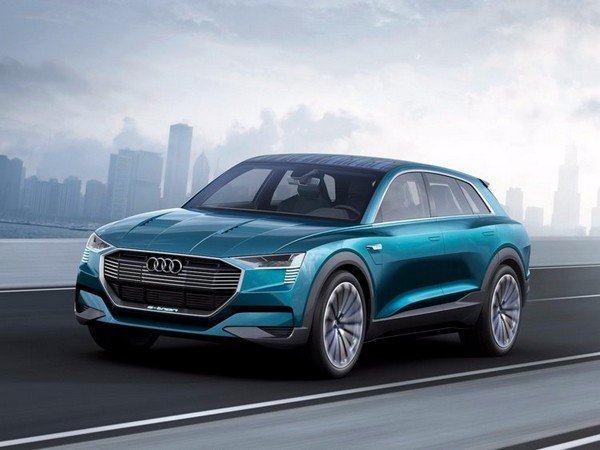 Audi e-tron will share the MLB Evo platform with the Audi Q5, Q7 and Q8

Underpinning the Audi e-tron is the upgraded MLB Evo platform which is used on the Audi Q5, Audi Q7 and Audi Q8. This electric SUV receives power from two electric motors, a 140 kW unit transferring power to the rear axle and another 125 kW unit for the front wheels. Together, these engines could develop the maximum power of 408 bhp and the peak torque of 664 Nm in Boost mode and 360hp and 561Nm in standard mode. The energy is stored in a 95 kWh lithium-ion battery pack. For one single charge, the Audi e-tron could reach the range of 411 km, according to the result on WLTP test cycle. It takes 6.6 seconds to do the 0-100 kmh sprint. The top-speed of e-tron is 200 kmph. All the specs above are of the Euro-spec version. The India-bound model, even though not revealed yet, is expected to receive the same specs. 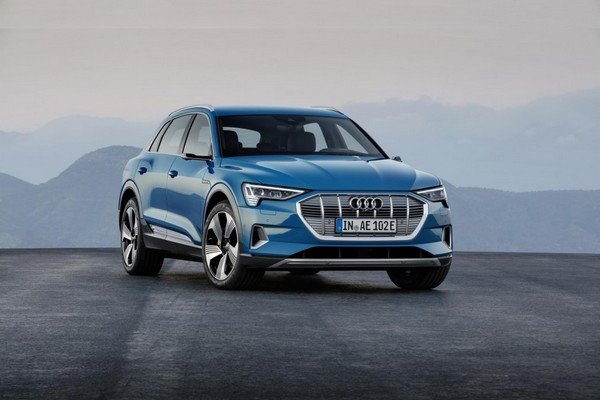 In Boost mode, the Audi e-tron could develop the output of 408 bhp and 664 Nm

Audi’s first fully electric car takes around 8.5 hours to go from empty to fully charged when using the 400-volt three-phase outlet. With the household outlet of around 230 volts, it will be charged at 2.3 kW. Another option allows doubling the charging capacity to 22 kW with the use of a second charger. About the charging facility, each owner will be provided with a standard home charging kit. However, fast charger, which allows the e-tron to be charged up to 80 per cent in 30 minutes, will only available at selected Audi showrooms. Audi e-tron will feature a load of advanced interior features

Audi e-tron will be available with the top-notch exterior features, for example, virtual exterior mirror, Matrix LED headlights, 19-, 20-, 21-inch aerodynamic wheels. On the inside, it sports Audi virtual cockpit along with MMI infotainment system comprising of a 10.1-inch touchscreen and a smaller 8.6-inch lower display. Other highlights of the interior include four-zone automatic climate control and an astounding 16-speaker Bang & Olufsen audio system.

For the India market, the Audi e-tron will be delivered from Belgium to India as CBU units. During the first year on sales, Audi targets to sell 200 units of e-tron in India. The price is expected to be around Rs 1 crore.