Ferrari’s first-ever SUV is currently under development and is slated to hit the market in 2022. Codenamed ‘Purosangue’, it will likely be powered by a V8.

SUVs are popular, and quite overwhelmingly so. In a span of just a few years, we’ve had SUVs of all shapes, sizes, and forms, coming in from all directions, and to no fault of their own. SUV sales have been skyrocketing in recent times. Exclusive car brands (read Rolls-Royce, Bentley, Lamborghini) used to have a very limited line-up, only two or three models at any moment. Those too, now have SUVs sold under their name. The next one to do so will be Ferrari. The Italian sportscar manufacturer is currently working on an SUV, a first for the brand. The car is being developed under the name ‘Purosangue’, which means ‘Thoroughbred Horse’ in Italian. While the name certainly suits the car, there have been concerns that the inclusion of an SUV would hurt Ferrari’s brand of sportscars. Even Late Mr Sergio Marchionne, former Ferrari Chairman, was opposed to building one. That said, the decision to sell one could be an extremely smart decision, financially speaking, and finances do have the power to influence decisions heavily.

“Nobody seems to be concerned that it would dilute the Ferrari image”.

Also Read: Here's A 'Ferrari' That Costs Only As Much As A Maruti Swift

Under the leadership of Louis Camilleri, Ferrari will also be bringing plenty of other changes to its cars. While Ferrari GTs have traditionally been powered by V12 engines, the new SUV would probably feature a turbocharged V8, or even a turbo V6 with plug-in hybrid powertrain! While purists would consider this blasphemy, but it should be noted that Ferrari 488 already features a twin turbo-V8, LaFerrari had hybrid assistance, and the SF90 Stradale is a plug-in hybrid EV. It wouldn’t be a stretch to assume that all the best tech will make it into the Purosangue. 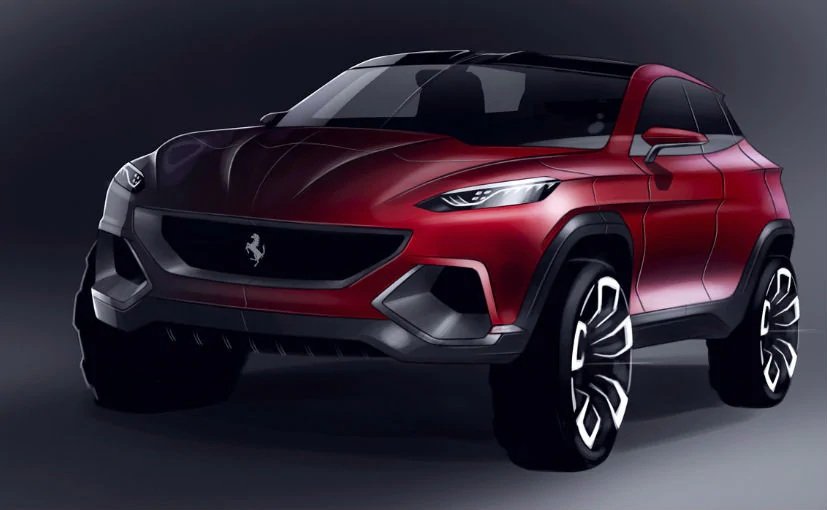 While nothing is official at the moment, we expect the Purosangue’s maximum horsepower figure to hover around the 650 PS mark. Upon launch, the Ferrari SUV will indirectly compete against Bentley Bentayga, Rolls-Royce Cullinan, Aston Martin DBX, and Lamborghini Urus.