Last month, the Honda Amaze registered 6,000 sales unit, contributing nearly a half of the brand's cumulative sales volume in May 2019.

The second-gen Honda Amaze which was launched back in May 2018 has caused good sales sensation among buyers in the Indian market from the word go. Based on Honda’s new architecture, the second-generation Honda Amaze has played a vital part in expanding Honda’s market share. Honda’s subcompact sedan has been selling in good numbers last fiscal years and the same goes for that of last month as well. The all-new Honda Amaze is a good sales driver for the Japanese brand in India.

Despite the lack of buyers’ sentiment prevailing the overall auto market in recent times, the Honda Amaze was still selling like hot cakes with as many as 6,000 units registered during the month of May 2019, contributing to almost one half of the company’s total sales volume. Until May 2019, Honda’s total sales number stands at 11,442 units, posting a 28 per cent year-on-year sales decrease as against 15,885 units in the same month of 2018. The company’s month-on-month sales figures see a slight growth of 2% as compared to 11,272 takers in April 2019. That of the Amaze boasts a 4 per cent growth as well. 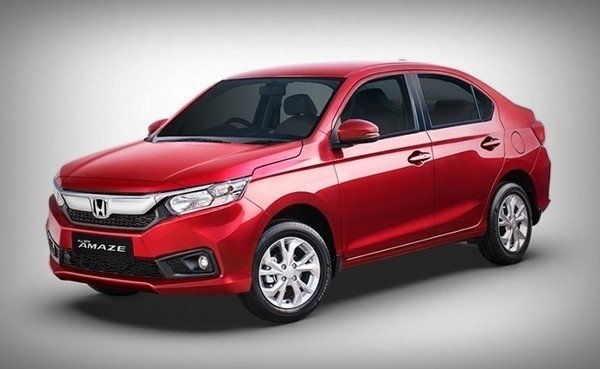 The second-gen Amaze has gained good volume in the tally with as many as 6,000 units sold in May.

Without doubts, the Honda Amaze will carry on the good momentum to gain more numbers during the course of this fiscal year. In the current market, the Amaze is taking the second position in the monthly sales charts and it is only off the pace with the Maruti Dzire which achieved 16,196 selling units last month.

Powering the 2018 Honda Amaze is a 1.2-litre i-VTEC petrol mill good for 88 BHP of max power and 110 Nm of peak torque. Along with it, the sedan also employs a 1.5-litre i-DTEC diesel motor outputting 99 BHP and 200 Nm of torque. The petrol model comes mated to a 5-speed MT and an optional CVT with paddle shifts while the diesel variant is paired with a CVT option. Prices of the Amaze sits at around Rs 5.89 Lakh (ex-showroom) for the base model and goes up to Rs 9.56 Lakh (ex-showroom) for the top-spec trim.