93 0
The Honda City 2020 will offer a hybrid powerplant option along with BSVI-compliant petrol and diesel engines. Its India launch will take place next year

Honda City is going to receive its generation updates in 2020. As we reported earlier, it is expected to arrive with a hybrid system under its belt. This upgraded version with the hybrid engine will be launched after the regular version, possibly by 2021. Honda City 2020 is going to outgrow the previous model when it comes to dimensions. Also, on the outside, the new Honda City will follow the company’s new design language that can be seen on the Insight design concept. First introduced in Detroit last year, the Insight design language will be even seen on the Crider. 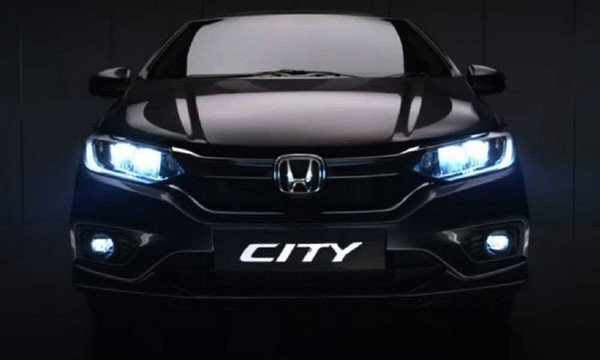 New Honda City 2020 will come with bigger dimensions, upgraded engines and a slew of new features

Thanks to the expansion in size, the interior will be roomier than that of the current model. Additionally, the luggage space will also get a boost due to the bigger footprint. Inside the cabin, the panels will be revamped and will carry a totally modern look. It will sport a larger touchscreen infotainment system and will offer several connected features.

To comply with the upcoming BSVI emission norms, Honda will revise the whole range of engine options for its Maruti Ciaz-rival. Alongside, the new hybrid version will also be added. However, it is likely to be introduced a year after the Honda City 2020 debuts with the internal combustion engines. Honda has garnered a huge success last year with the update of the Honda Amaze. Therefore, Honda could righteously hope for the next triumph with the Honda City 202. Above all, the updated Honda City has a significant meaning for the future development of Honda in the Indian market. The market trend forecast suggests a big swing toward the SUV models and a downhill growth of the sedan segment, which is not good news for the Japanese manufacturer. Honda’s recent line-up for the Indian market is strongly relying on the sedan range, mostly the Amaze and City. The Honda Amaze alone would not assure a positive growth for the carmaker in the long run. Things will be much different if new Honda City reaps a growth in sales.