Honda to raise the price for Honda Amaze

35 0
After being introduced in May, Honda Amaze has shown a great performance in sales. Recently, Honda has confirmed to hike up the price for this best-selling car.

Honda has confirmed to raise the price of the Honda Amaze which is introduced recently in May 2018. Ever since the new Amaze has been receiving overwhelming responses. The Amaze offers 6 petrol and 6 diesel variants

Specifically, the price of the base petrol model – the Amaze E MT petrol will be 5.81 lakhs, increasing by Rs 21,000. Whereas, the base E MT diesel variant will be priced at Rs. 6.91 lakh, which is also Rs 21,000 higher than the previous price.

Aside from the base models, other variants including the S MT, V MT, S CVT, VX MT and VCTall hikes up by Rs 11,000 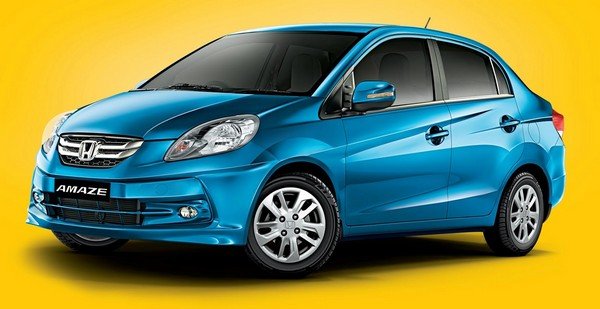 Honda Amaze will be hiked up across all variants

The changes in the price of the Amaze will make the base variants Honda Amaze slightly more expensive than its main rival – Maruti Suzuki Dzire. However, for the top-of-the-line variants, the Amaze still costs less than the Dzire. Let’s take a look at the price range of the Amaze’s competitor:

The Amaze has strike a new hit for Honda as the best-selling car for the Japanese carmaker in July. It has accounted for 51 percent of the sales volume in July. Moreover, it has set the new record as the Honda’s highest monthly sales ever in the Indian market. And the majority of the sales comes from the automatic variants.