The Government of India has made a decision to proclaim all lanes at toll fee plazas on national highways to be ‘FASTag lanes' from December 1, which makes it compulsory for all the vehicles entering these lanes to have FASTags.

FASTag is a prepaid tag that allows vehicles to cross the toll plaza without the need to stop to pay in cash. This method is already under use for quite some time now on certain lanes to ensure a smooth operation of vehicles and prevent traffic congestion. Nevertheless, many non-FASTag vehicles enter the FASTag lanes and pay in cash. This has caused traffic congestion and hampered the efficiency of FASTags. Consequently, the electronic toll collection system through Fastags hasn’t achieved as much success as expected. The Ministry of Road Transport and Highways had earlier mandated the use of FASTags on all cars from December 1, 2019, but the deadline has been now extended to December 15, 2019. If you still haven't bought a FASTag for your car, you should do so before the deadline.

Is Fastag Compulsory For Both New and Old cars now?

To promote the RFID-based FASTag system and to effectively resolve traffic jams on toll booths, which has become such a serious problem in India, all vehicles will be required to carry a FASTag to go through any lane at a toll plaza on state highways. Failing to do so, you will have to pay twice the normal sum as a penalty. From December 1, all the vehicles entering the lanes at the toll plazas are required to have FASTags.

The Ministry of Road Transport and Highways has asked the National Highways Authority of India (NHAI) to make sure that the new fee regulations are implemented strictly and seriously. Currently, a non-FASTag vehicle when entering any FASTag lane needs to pay double the toll fee. However, after December 15, this fine may be even higher.

What Is A FASTag and How Does It Work?

For starters, FASTags is an automated toll collection campaign from NHAI that will introduce cashless transaction at the toll plazas. This act of digitized transaction is, however, achieved with the help of a digitally encrypted RFID tag, which is fixed on to a vehicle's windscreen. According to the NHAI protocols it has to be stuck on the windscreen in such a way that it is easily accessible to the sensor placed at the toll booth. As when a vehicle passes through a lane on the toll plaza, the sensor will detect the RFID tag and initiate the monetary deduction automatically. This way the vehicle will not have to stop at the toll booth and pass without shedding much of its speed.

How To Get A FASTag?

The FASTags are an easily accessible commodity. It will come fitted as standard from the dealership on purchase of a new vehicle, but the price has to be paid by the customer only. For owners of older vehicles too, buying a FASTag isn't all that a task. One can be bought from any Point of Sale locations of the NHAI toll plazas. NHAI has also partnered with a few banks like Syndicate Bank, IDFC Bank, SBI, ICICI Bank, HDFC Bank, and Axis bank, to retail the FASTags. The FASTags can be bought through any of the NHAI POS outlet or any of the bank that NHAI have waved the partnership with.

What All Documents Are Needed To Buy A FASTag?

3. A document to validate the KYC process. Driving license, PAN Card, Passport, Voter ID or Aadhar can be used for the same.

However, the required document would differ according to the use of the vehicle, as commercial vehicles will have a different list of documents to be produced, to purchase a FASTag.

How To Use One?

FASTags are meant to restrict the cash transactions at toll plazas and thus they work without any human assistance. They come with a digitized wallet just like other digital apps and deduct money from it every time the vehicle passes through the toll plaza. First-time users would need to configure the wallet in order to link it with a bank account and add money into it later. The user also gets a message on their registered phone numbers with every transaction. Users can also add money to their wallets through credit cards, debit cards, or net banking once the wallet runs out of sufficient balance. 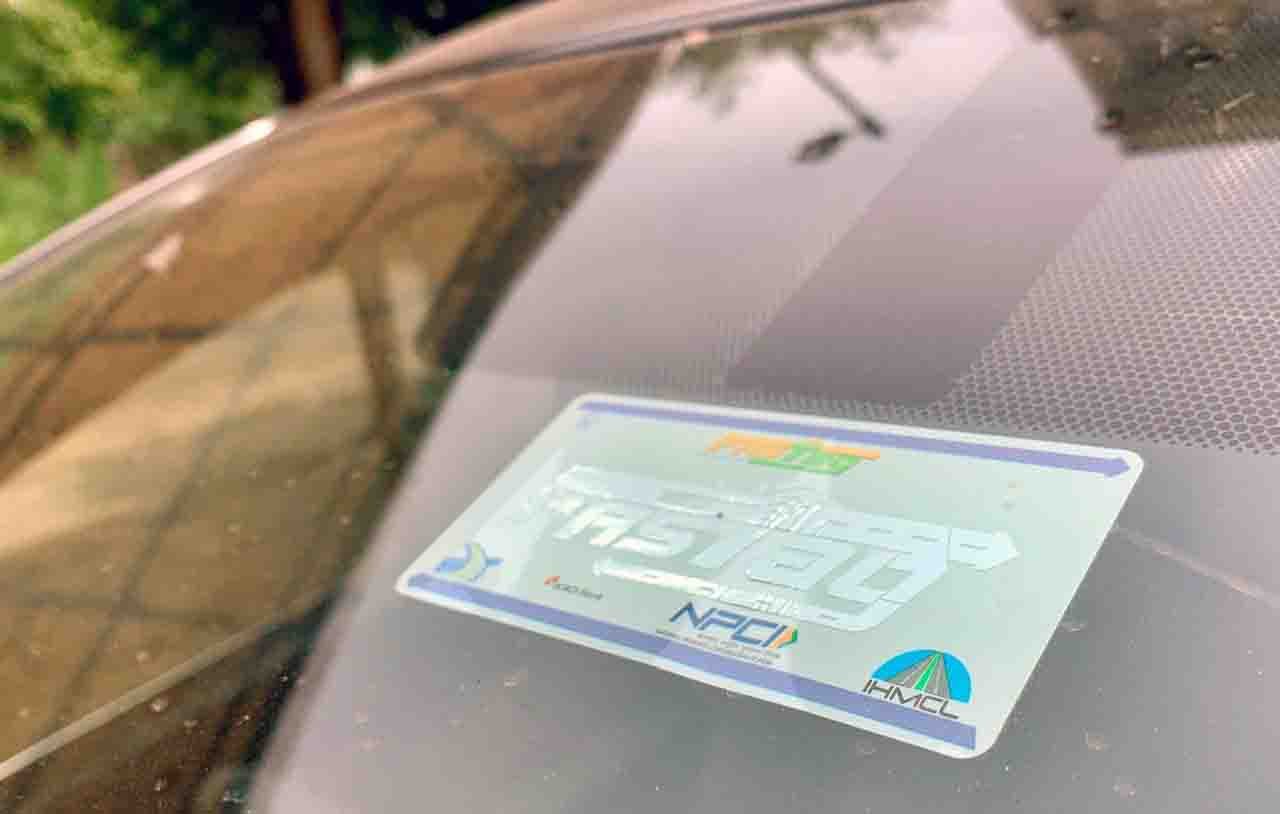 Any Benefits Of Using A FASTag?

There are many benefits of using a FASTag, first and foremost is it reduces the hassles associated with the cash transactions and the need to stop at the booth to do so. Another benefit that FASTag brings along with itself is the reduction in travel time, as the vehicles will not have to stop at the toll plazas and wait in the queue to pay the tax. Also, it will reduce the pollution since there will be smooth traffic movement around the toll plazas and NHAI will also be saving on the use of paper that is used to print the receipt.

In all the lanes, one ‘hybrid lane’ on which apart from FASTag, some other methods of payment are also accepted, will be available at each toll plaza to better facilitate and control oversized vehicles. Nevertheless, these lanes will soon be turned into FASTag lanes in the foreseeable future. With Fastag becoming compulsory for both new and old cars from December 15, it would be nice to no longer have to wait for several minutes to clear toll booth.