Mahindra Alturas: Reasons to look forward this SUV from Mahindra

Mahindra Alturas will go on sale later this month. This SUV will compete on the same race with Toyota Fortuner and the likes. So what does Mahindra Alturas has to make a case for itself on this battle?

Mahindra Alturas, at launch, will be taken as Mahindra’s flagship SUV. After being launch, the Alturas will come against the Toyota Fortuner – the long-standing king of this segment. And here will point out the aspects the Mahindra Alturas could outdo the Fortuner.

Sitting on the furthest position on the Mahindra’s spectrum of luxury, it is no surprise that Mahindra Alturas comes up being Mahindra’s largest passenger vehicles up to date. Compared with the Toyota Fortuner, segment-leading car, Mahindra Altaras could offer a better interior room.

At the length of 4,850mm, Mahindra is 55mm longer. What’s more, its wheelbase is 120 longer than that of the Fortuner. In term of the width, the Alturas is a good 105mm larger. Being longer and wider gives Mahindra Alturas an edge in term space. 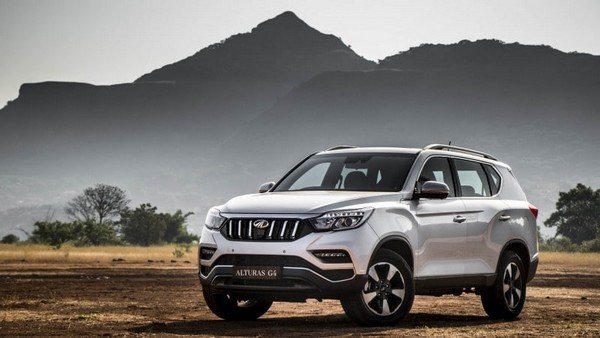 Mahindra Alturas is the largest passenger vehicles ever produced by Mahindra

Toyota Fortuner has been known as a well-equipped SUV. It is only true before the debut of the Alturas. At its launch, the Alturas is given a long list of features, some of those are premium and first-in-the-segment. Here are some features that are promised to be aired on the new Alturas.

Yes, Mahindra has confirmed that their Alturas will come with ventilated seats. The seats get both cooling and heating function depending on car user’s reference. It will add a superior comfort to your cabin experience. This premium feature is often seen in the luxury car. There are hardly any normal cars could afford to sport it and Fortuner also could not get this feature. Besides the ventilated seats, the Alturas will also get a fully-loaded feature list. Among those are the respectable number of airbags deployed inside the cabin. There are 9 airbags in total. With nine bags, Alturas easily wins the Fortuner hands down as Toyota’s SUV only gets seven airbags. Moreover, it is also the best-in-segment offer. It will surely give you a better safety.

Sunroof is more common these days with more and more models to come packed with this feature. However, the existing Toyota Fortuner hasn’t got it yet. On the other hand, the upcoming Mahindra Alturas is stated to come with a sunroof on top. If you have a taste for the coolness of a sunroof, you should pick up the new Alturas over the Fortuner.

While in the Toyota Fortuner and most of the cars in its class, the customers are provided with a rear parking camera, the Alturas prepares a good 360-degree camera. This feature will allow you to have a better view of the surrounding area, and parking will no longer be a nightmare. Adjustable seats alone are great enough and it will be even better with the memory function. With these features, you can not only adjust the seat to a suitable position but also get the car to remember that setting and it will get into the setting with just one touch.

Smart adjustable seats will be a highlight in the Mahindra Alturas

Mahindra Alturas G4 pulls power from a 2.2-litre turbocharged diesel engine which is good for 187 Bhp of power and 420 Nm of torque. This engine will be mated with a seven-speed automatic gearbox. Mahindra Alturas G4 at its launch will fare against Toyota Fortuner and Ford Endeavour.