Mahindra XUV300 Vs Maruti Suzuki Vitara Brezza – Which One Would Be More Suitable For You?

11 0
The long-awaited Mahindra XUV300 is expected to become a formidable competitor of the well-known Maruti Suzuki Brezza. This article is going to provide you with a detailed comparison of the two compact SUVs.

Despite being offered in only diesel variants, Maruti Vitara Brezza has managed to surpass its direct competitors, currently being the top-selling vehicle in the compact SUV segment in India. Nevertheless, with the arrival of the Mahindra XUV300 in January 2019, the Vitara Brezza could soon experience a hard time. The XUV300 will come with both petrol and diesel engines and should to be the most powerful compact SUV in the Indian car market. Also, it will be replete with the most advanced features in its segment. Our comparison below would give you an insight into Mahindra XUV300 in terms of its features, specifications, price, etc. in comparison with the Maruti Suzuki Vitara Brezza so that you can make a wise decision on which one to choose.

Once launched, the Mahindra XUV300 will aggressively compete with the Maruti Vitara Brezza Noteworthily, once launched in India, the XUV300 will be the first compact SUV in the country to get the automatic dual-zone climate control and seven airbags.

The exact dimensions of the XUV300 will be disclosed by the domestic automaker once it is launched in February this year. However, since it is it is based on the SsangYong Tivoli, it is likely to have similar dimensions to its Korean brother in most aspects. However, being a compact SUV, it will measure a shade under 4,000 mm in length. However, it will be 1,800 mm wide and 1,590 mm tall with a 2,600-mm wheelbase and a 423-litre boot space. Mahindra has claimed that the XUV300 will have the longest wheelbase in its segment.

Despite being a little higher than the XUV300 (1,640 mm), the Maruti Vitara Brezza loses in the competition with its rival in both length and width with the figures being 3,995 mm and 1,790 mm, respectively. It has a 2,500-mm wheelbase and a 328-litre boot capacity.

The Mahindra XUV300 will be offered with both petrol and diesel motor options. The 1.2 L turbocharged petrol motor can generate 130 PS of maximum power and 160 Nm of peak torque. On the other hand, the 1.5 L diesel motor, which is borrowed from the Marazzo, is good for 123 PS and 300 Nm. These two motors will help the XUV300 become the most powerful vehicle in the Indian compact SUV segment. Both the engines will come mated to a 6-speed manual transmission.

Currently, the Maruti Vitara Brezza comes with only one engine option, a 1.3L DDiS200 diesel unit that delivers 90 PS and 200 Nm. The transmission duties are undertaken by a 5-speed MT as well as a 5-speed AMT. Therefore, in terms of performance, it is clear that the compact SUV from Mahindra far exceeds its rival from Maruti. However, the Brezza has an optional automatic transmission optioni in the form of the 5-speed AMT. 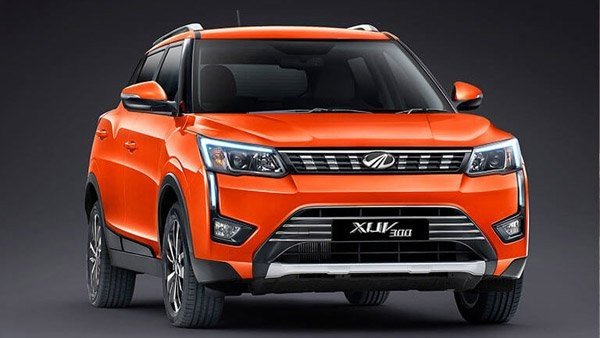 The Maruti Vitara Brezza is clearly more fuel efficient than the Mahindra XUV300. In fact, the former is the most fuel-efficient SUV in India with an ARAI-tested mileage of 24.3 kmpl. The XUV300, in most probability, will offer 17 kmpl and 20 kmpl from its petrol and diesel engines, respectively. The Mahindra XUV300 is anticipated to be a little bit more expensive than the Vitara Brezza. The popular compact SUV from Maruti Suzuki is currently on sale in a range of Rs 7.58 lakh for the base variant to Rs 10.55 lakh for the top variant (ex-showroom). On the other hand, the XUV300 will have an introductory price of Rs 8.00 lakh for the entry petrol variant. The diesel variants will have a starting price of Rs 8.8 lakh. However, it will be richer in features, will have higher mileage and will offer a more impressive performance. Hence, it should not be far behind the Brezza in the value-for-money stakes. The Mahindra XUV300 will certainly be the winner in the comparison

Features - It is clear that the Mahindra XUV300 is better-equipped than the Maruti Suzuki Vitara Brezza with many segment-leading features, which makes the former the most feature-laden offering in its segment.

Specifications - With greater dimensions, turbocharged petrol and diesel motors as well as 6-speed MT and AMT gearbox, the XUV300 compact SUV is the most powerful vehicle in its segment and far exceeds the Vitara Brezza in the performance stakes. However, the latter holds an advantage over the former in terms of mileage and it even offers an optional AMT.

Price – Although the Mahindra XUV300 will be more expensive than the Vitara Brezza, the former will offer a greater value for money by being richer in features and more impressive in performance.