Mahindra XUV700 will be powered by a 2.0-litre and 2.2-litre petrol and diesel engine. It will rival with the likes of MG Hector Plus and Tata Safari.

Mahindra & Mahindra is planning to introduce the all-new XUV700 by the third quarter of this year. Nevertheless, the automaker has already made a new website for the upcoming XUV700, which is accessible to the public. This new website will work as an added convenience for prospective buyers to stay updated with the launch of the upcoming Mahindra SUV. The buyers who will register themselves on the website will get updates like launch timeline, vehicle showcasing and test-drive availability. Right now, we have very limited information regarding the SUV. The all-new Mahindra XUV700 will be positioned above the XUV500 in automakers stable in the Indian market.

8 Things You should Know about the Long-Awaited Mahindra XUV700 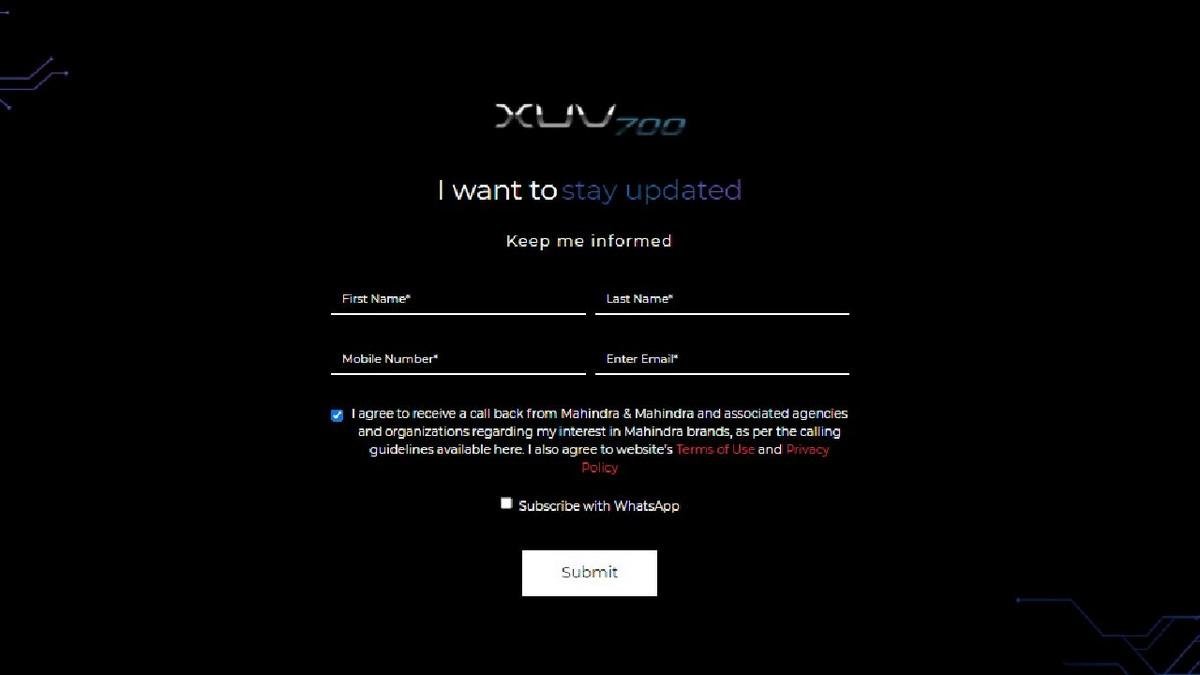 The carmaker has also confirmed that they will temporarily discontinue the XUV500 after the launch of XUV700. One can expect the Mahindra XUV500 could make a comeback in a five-seater crossover SUV to compete against the likes of MG Hector and Tata Harrier. The Mahindra XUV700 will be based on a monocoque chassis derives from an all-new platform. Mechanically, it will derive power from a 2.2-litre turbo diesel and 2.0-litre petrol engine. The former develops power and torque outputs of 150 Bhp and 320 Nm, while the latter is capable of shredding out 130 Bhp of peak power and 300 Nm of peak torque. One can expect these powertrain options to be offered in different states of tune in the upcoming Mahindra XUV700. Transmission duties will be done by a manual along with an optional automatic gearbox.

The same powertrain option does duties in the new-gen Mahindra Thar. The all-new Mahindra XUV700 is expected to be priced between Rs 14-24 lakh (ex-showroom). In the Indian market, it will rival the likes of Tata Safari and MG Hector Plus. It will employ a lot of segment-first features like ADAS (Advanced Driver Assistance System) with the emergency braking system, eyelid tracking mechanism, 3D panoramic vision of the driver, blind-spot detection and a radar system. Moreover, it will also employ Mercedes-Benz inspired single-piece display with split screens for the instrument console and infotainment system.