Maruti S-Presso base variant was spied for the first time. The new hatchback is expected to launch on September 30.

Having a wide range of popular small cars, Maruti Suzuki had little interest in launching an all-new entry-level model all these years. However, due to the current market slowdown, Maruti has to rethink its strategy and introduce some new models to conserve the sales momentum. Back in 2018, Maruti Suzuki introduced a new micro-SUV concept car named Future S Concept - the pre-production version for the Maruti S-Presso which is due to launch on September 30. Recently, the base variant of the Maruti S-Presso was spied for the first time. 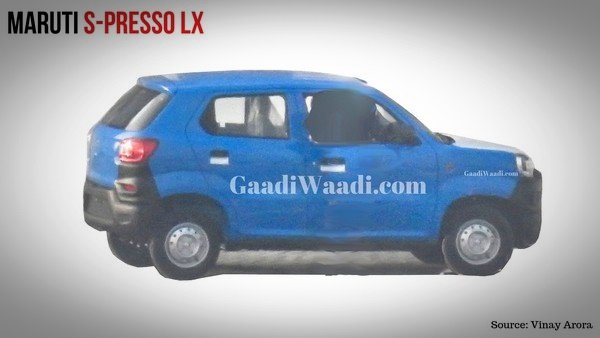 Maruti S-Presso is based on the Maruti Future S Concept

Previously, it was thought that the Maruti S-Presso would be launched as a replacement for the Alto K10. As it turns out, Maruti will keep the Alto K10 alongside the new S-Presso. At a length of 3,565 mm and a height of 1,565 mm, the upcoming hatchback is bigger than the ongoing Alto. With greater dimensions, the S-Presso can offer more spacious interior than the Alto K10.

The base variant of the Maruti S-Presso is expected to be priced around Rs 3.5 lakh. From the spy images, the standard variant of the S-Presso range comes with steel wheels with no wheel covers, body-coloured B pillar, black ORVMs, black plastic rear bumper and black door handles. On the inside, it is suspected that the low-end S-Presso will have to do without AC and power steering. Besides the base LX variant, there are three other variants including LXi, VXi and VXi+. The top-spec VX+ will be equipped with all the bells and whistles including 7.0-inch SmartPLay infotainment system, multifunction steering wheel with cover, a 12-volt power input, and front airbag for interior and body-coloured ORVMs, antenna, blac-out B pillar body-coloured bumper and door handles for the exterior. Compared to the Renault Kwid, Maruti S-Presso lacks of a reverse parking camera. 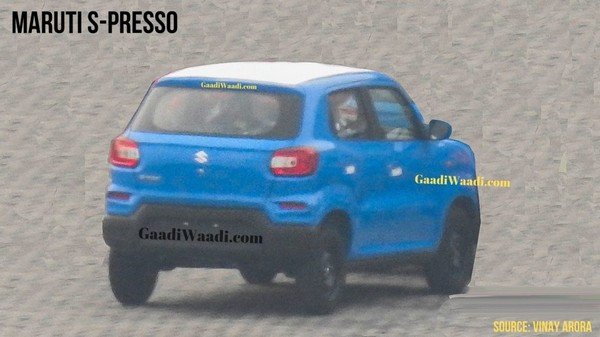 The base variant will come with only some basic features

Maruti S-Presso sits on the Heartect platform and employs a 1.0-litre K10B petrol engine that makes a 68 PS of maximum power and 90 Nm of peak torque. This engine is likely to be paired with either a 5-speed manual or a 5-speed AMT gearbox. Maruti S-Presso will be equipped with a BSVI engine from the get go. It will compete against the like of Renault Kwid and Datsun redi-GO. It will be retailed via Arena dealerships. To update more car news, visit IndianAuto.com.