Automatic transmission is recently in high demand, leading to the rise in the number of automatic options in the market. Mostly every vehicle is now available with automatic version, offering a wide range for customers. Automatic transmission comes with a high level of convenience and effortless driving. Besides, it has the advantage of high fuel efficiency, with the overall consumption getting even lower with time. Here we will give you the list of the most fuel-efficient automatic cars in the India market.

Maruti Swift has always topped as the most sold model in the segment. It is also known as Indian’s most favourite small car. Part of the huge success it achieves comes from high fuel efficiency. The diesel version of the latest Swift offers the mileage of 28.4kmpl, which is also the highest in the segment. This highly economic model is powered by D13A 1.3-litre oil-burner. With the output of 75PS and 190Nm, it not only offers good mileage but also a decent performance. 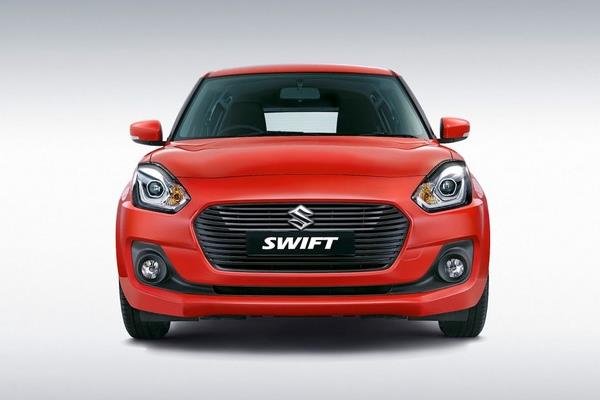 Maruti really knows the way to Indians’ heart. If the Swift is king on the small hatchback segment, on the entry-level sedan section, it is the Maruti Dzire that holds the place. The Dzire comes with the mileage that is equal to that of the Swift, thanks to the same D13A diesel engine that it shares with the Swift. Apart from the engine unit, the Dzire also has Swift’s platform. Not only the diesel version but also the petrol version of the Dzire has the same fuel economy of 22kmpl. This Maruti Alto K10 has a high fuel efficiency of about 24kmpl for the automatic version. Under the hood, it houses the 1.0-litre K-series engine. This unit on the Alto K10 could deliver the maximum power of 68PS and the peak torque of 90Nm. On the automatic version, this unit is paired with a 5-speed automated manual transmission. However, an automatic transmission is only available on the top-spec VXi variant which is priced at 4.23 lakh. Another good point is that Alto K10 automatic comes with air conditioning, power window on the front and power steering. 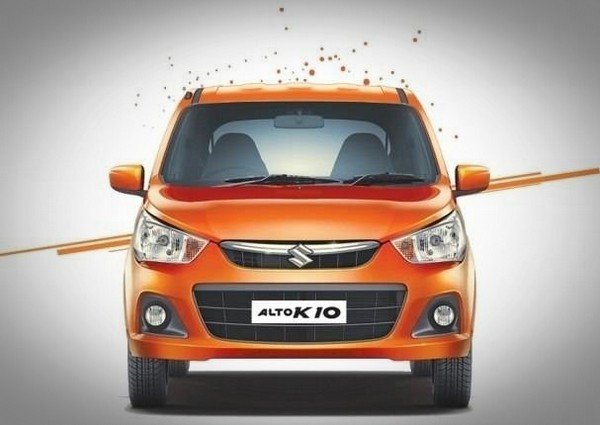 Even though the car could not make it to the highest place on the sale chart, it is still successful as it has maintained a consistent good sales number and plays as one of the most important products in Maruti’s product line-up. Sporting the same engine from the Alto K10, Maruti Celerio gets the more or less the same power output and marginally lower mileage. With the 5-speed AMT gearbox setting, the Celerio could return the mileage of 23.10kmpl. At this rate, it comes forth in the top of fuel-efficient automatic cars. 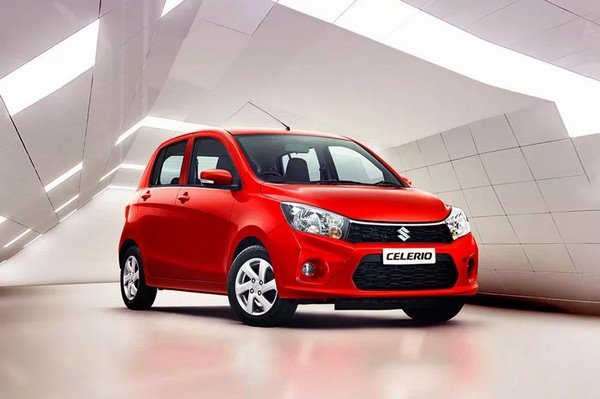 Maruti Celerio could offer the fuel efficiency of 23.10kmpl

All the first four cars on the list are occupied by Maruti’s model, but to the fifth place, it is the hatchback from the lesser-popular brand, Renault Kwid. It is Renault’s best-selling models and second most sold vehicles in the entry-level hatchback segment. Renault Kwid could make a case for itself in the segment that is dominated by Maruti models due to the high fuel economy of 22.5kmpl, proudly taking the top spots on the list.

Renault Kwid has the mileage of 22.5kmpl, being one of the most fuel-saving automatic cars

Maruti WagonR’s 5-speed automatic unit is available in both two petrol engines. The smaller motor is the 1.0-litre unit that could deliver 68PS of power and 90Nm of torque. The mileage could bring rate at around 22.5kmpl. On the other hand, the larger engine, 1.2-litre motor, is good for 83PS and 113Nm. And the fuel efficiency rates at 21.5 kmpl. 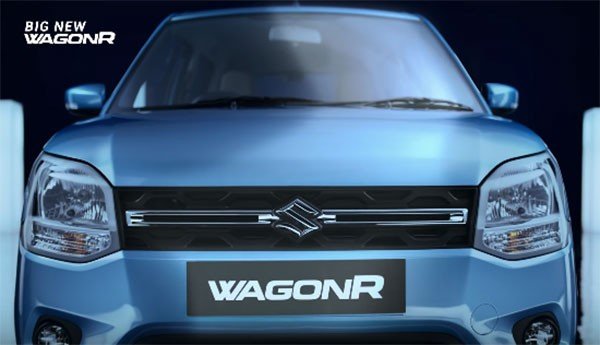 Maruti WagonR could return the mileage of 21.5kmpl

Tata Tiago is Tata’s biggest pride. Being one of the most sold models in the entry-level segment. Its popularity is partly thanks to its high fuel efficiency. In the recent version, Tata Tiago is available with both diesel and petrol engine. However, if you prefer an automatic version, you can only pick the petrol version. The 5-speed automatic unit on the Tata Tiago could return the mileage of 23.8kmpl which is one of the highest in the market of automatic models. 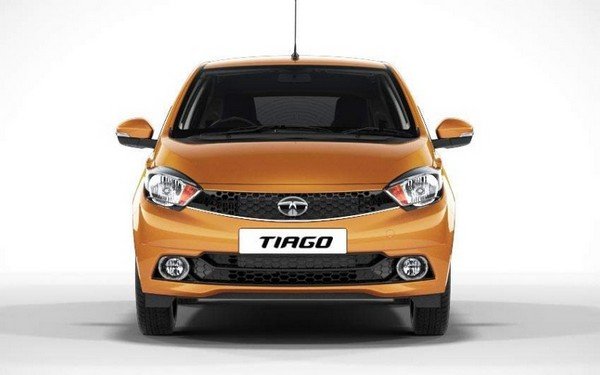 At 23.8kmpl, Tata Tiago is another popular car with high mileage

Volkswagen Ameo is not as popular as other cars in the lot. With humble sales, it is one of the most affordable vehicles in the small car section. The Ameo has both diesel and petrol engine on offer, especially with the diesel unit of 1.5-litre TDI motor, the customers could also opt for an automatic gearbox. Moreover, while most of the cars on the list are available with AMT unit, it is the only vehicle in the lot to have a 7-speed dual-clutch transmission. It comes with a considerably good mileage of 22kmpl.

Volkswagen Ameo could deliver the mileage of 22kmpl

Next on the list is the Rapid from the Czech carmaker. Featuring the ARAI mileage of 21.66kmpl, Skoda Rapid tops as the most fuel efficient cars in India to have a DSG transmission along with the Volkswagen Ameo. The two cars share the same powertrain setting including the same 1.5-litre TDI engine and the 7-speed dual-clutch transmission system. Therefore, both of them are fuel efficient, but the Skoda Rapid’s mileage is just marginally lower. 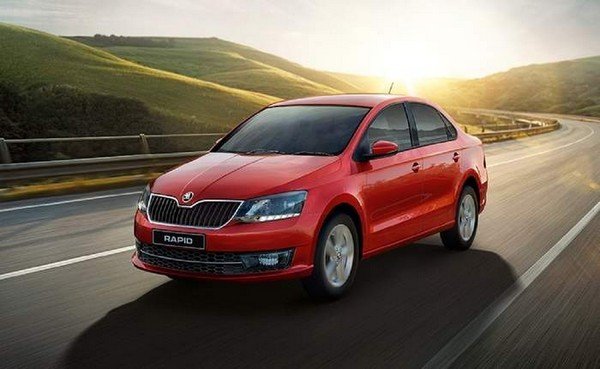 Competing with the Maruti Dzire and Honda Amaze in the segment of the entry-level sedans, but Tata Zest ends up being an almost failure with insignificant sale volume. It is pity because Tata Motors has managed to build the Zest with one of the most fuel-efficient automatic variants in the market. The automatic transmission is available only on the diesel version. Power by a 1.3-litre oil burner, the diesel Zest could deliver the fuel efficiency of 21.58kmpl. Even though it is the least fuel economy in the list, it is still a value for money options compared with various other cars in the market. 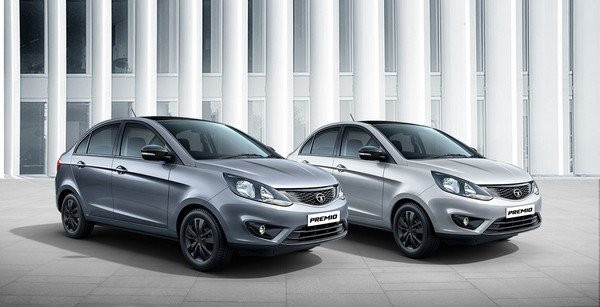 Tata Zest is the last name on the list with the mileage of 21.58kmpl