Maruti has dropped the official teasers for the upcoming Maruti XL6, which will be launched on August 21.

Several days ago, spy photographers caught the Maruti XL6 test mule on Indian roads. As the new model has got closer to its launch, Maruti has started releasing some teasers, thereby revealing some highlights of the new vehicle. The latest image issued by the company offers us a look at the new MPV's interior setup.

Based on the teaser images, it could be pointed out that the Maruti XL6 is a lot similar to the Maruti Ertiga. Maruti XL6 shares the same dashboard setting and interior design with the best-selling MPV. However, there are some subtle changes including the use of brushed aluminium garnish and piano black application on the dashboard, which, itself gets an all-black finish. Other key interior features of the Maruti XL6 include a new SmartPlay Studio infotainment system. It is notable that the XL6 will come with a six-seater layout. Instead of a bench, the second row will comprise of two individual captain seats with separate armrests. Unlike the use of fabric on the Ertiga, the XL6 will get leather upholstery. It will come with a premium all-black interior colour scheme.

In terms of features, Maruti XL6 sports rear window wash-wipe function and a height-adjustable driver seat. For the top-spec Alpha variant, it will be available with a reverse camera and cruise control. 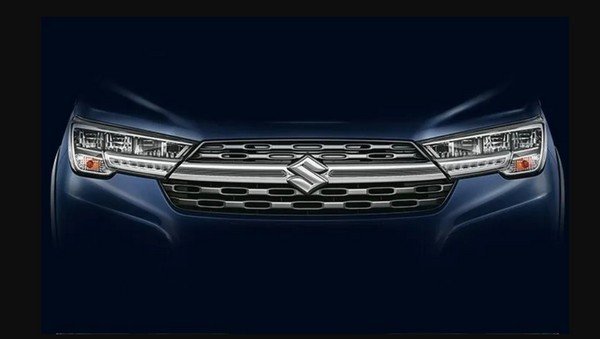 Maruti XL6 will look bolder than the Maruti Ertiga

Another teaser image has even given us a glimpse of the front design with full-LED headlamps and LED DRLs, a honeycomb grille with chrome application, and a revised bonnet and bumper. Compared to the Ertiga, the front design of the XL6 looks generally bolder and more aggressive with a larger grille and plastic cladding. Maruti XL6 will source power from a 1.5-litre petrol engine. This engine is paired with a 5-speed manual gearbox. It also comes with a 4-speed torque converter automatic gearbox. This new model is likely to get the company's SHVS Smart Hybrid system. Maruti XL6 is scheduled to launch on August 21. It will be retailed via the Nexa premium outlets.