Honda Cars India has just released a teaser image for the new generation Honda City. The fifth-gen model is expected to launch in April 2020

Honda has shared an official teaser image for the next-gen Honda City sedan. With the release of the teaser image, we can assume that the launch deadline must be quite close. The car is expected to launch in April 2020. 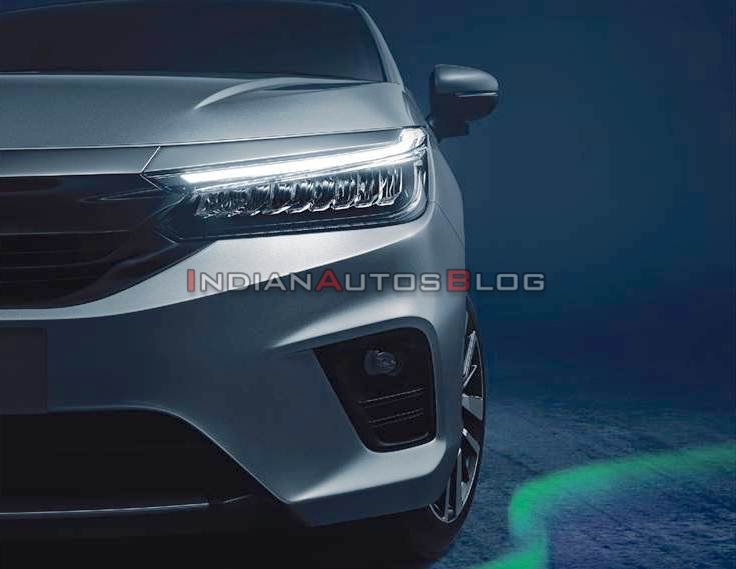 Also, a closer look at the image also tells us a few details about the upcoming Honda sedan. The new generation Honda City was recently launched in Thailand, and the model teased in the image looks pretty close to that vehicle. This confirms that the India-spec version will have a lot of similarities with the Thai-spec vehicle.  This comes in contrast to the Honda Accord, which is different for the US and EU markets as compared to Indian and Japanese markets.

Powering the new generation Honda City will be a 1.5-litre petrol and a 1.5-litre diesel. The former generates 119 PS of max power and 145 Nm of peak torque, and comes mated to either a 5-speed manual or a CVT automatic, while the latter produces 100 PS and 200 Nm and will be paired to a 6-speed manual transmission. Apart from that, there will also be a 1.0-litre turbo-petrol engine, which can push out 122 PS and 173 Nm, with a 6-speed manual on offer. All these engines will be BS6-compliant. The interior of the 2020 Honda City will be revised for the next-generation model. There will be a new 8.0-inch touchscreen infotainment system, with a host of new connectivity options. Apart from that, the steering wheel, centre console, AC vents, etc, will also feature a new design. As for the exterior, there are huge visible changes. The glass area is larger than before, and the head- and taillamp design has also changed. At the front, we also get the Honda family grille, a large-chrome (or blacked-out alloy, depending on the trim) slat running horizontally across the face and over-lining the headlamps. Needless to say, the 2020 Honda City will be a head-turner. The current model retails for between Rs. 9.81 - Rs. 14.16 lakh. The expected price of the next-gen Honda City is between Rs. 10 – 15 lakh. The 2020 City sedan will go up against Maruti Ciaz, Hyundai Verna, Skoda Rapid, Volkswagen Vento, and Toyota Yaris.