2020 Honda City: What To Expect From The Next-Gen Model

Read all about the upcoming 2020 Honda City sedan, including a detailed analysis of the Exterior, Interior, Engine Specs, Expected Launch Date, and Expected Price.

The next-generation 2020 Honda City has just been unveiled in Thailand, and it looks brilliant! The current-generation Honda City, which was introduced in 2014 and received a minor facelift in 2017, is one of the most popular sedans in India right now. The next-gen City is expected to boost Honda’s sales figures by a significant margin, making Honda the king of the sedan segment in India once again, similar to the current Honda Civic.

Honda previously tried its hand at the hatchback segment, both budget and premium, with the Brio and Jazz respectively. While they did manage to impress critics with their fun nature and good build, buyers were put-off by the high-price demanded by the premium brand. Maruti already had a strong hold on the budget hatchback segment in India, with numerous offerings like Wagon R, Celerio, Alto, Alto K10, etc. Hyundai too had a strong presence in the same space with the Grand i10, and more recently, the Santro and Grand i10 Nios. Thus, the Brio was a slow-selling product for Honda. As for premium Hatchbacks, Hyundai i20 was much more value-for-money and with the entry of Maruti Baleno hatchback, sales of the Honda Jazz have been on a decline.

On the contrary, Honda has always had better luck with their sedans. Perhaps it’s down to the brand’s premium image, which helps attract buyers looking for a premium offering. Honda City, Civic, Accord and even the Amaze, have always had an aspirational value to them. This has ensured the brand’s popularity among buyers of premium cars. With the launch of Maruti Ciaz, however, things have become more competitive. Hyundai Verna facelift is also geared-up for an India launch soon, which will further increase the competition.

It, thus, seems like a smart choice to bring a revamped sedan for this segment. Still, does the 2020 Honda have what it takes to regain popularity in this segment? As per our first-look analysis, we think it does! Here’s our in-depth review of the next-gen Honda City.

If you’ve been following IndianAuto.com, you’ll have already seen the spy pictures and speculative renderings of the upcoming City sedan. Thankfully, now we have a complete idea of how the 2020 Honda City looks. It now resembles its siblings, the Civic and the Amaze, in terms of the face and silhouette respectively. The City now gets a flatter nose and a square-ish front grille with a bold horizontal slat. The headlamp for the top-spec City is an all-LED unit, which looks extremely attractive. The other City variant makes use of projector headlamps instead. 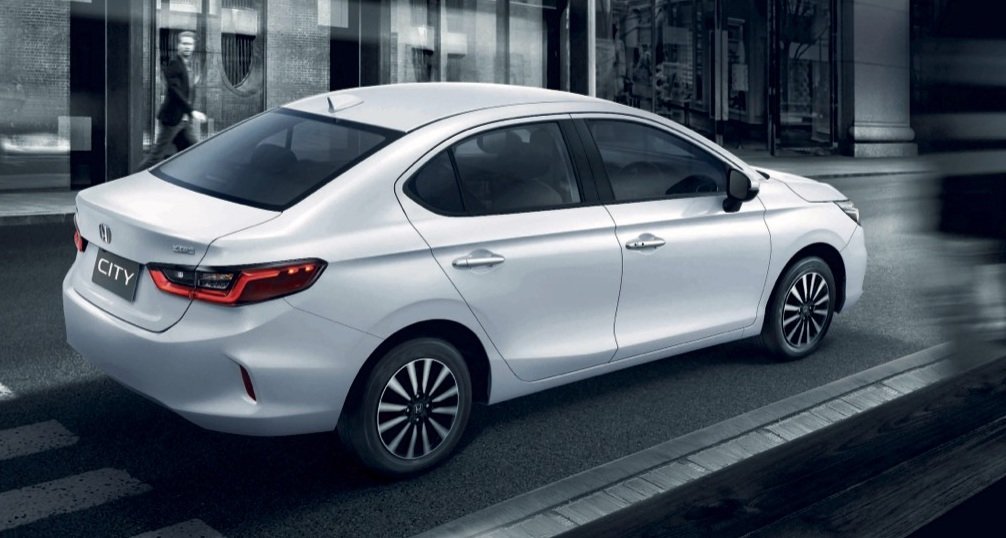 A few other major changes include the new door-mounted ORVMs, unlike the window-mounted unit of the current model. On the rear, the tail-lamp design is expected to be completely new, LED unit. The design of the alloy wheels is different as well, with simpler, diamond-cut profile. Apart from that, the next-gen model is larger than the current one, being is 100mm longer and 53mm wider. The height is lower by 28 though, along with an 11mm shorter wheelbase.

The interior of the car has had some major updates. The interior design and tech is shared with the recently-unveiled Honda Jazz. The centre console now has a large touchscreen infotainment display, with different connectivity options like Bluetooth, Android Auto, and Apple CarPlay. The instrument console in the car is not a completely digital unit, sadly, but rather analogue with a MID in between the speedometer and tachometer. The design of the AC vents is also bigger and has a different layout from the one present in the current model. The touchscreen infotainment system is an 8.0-inch unit that is compatible with Android Auto and Apple CarPlay. Further, the touch-sensitive temperature control panel is replaced by the three conventional rotary knobs. 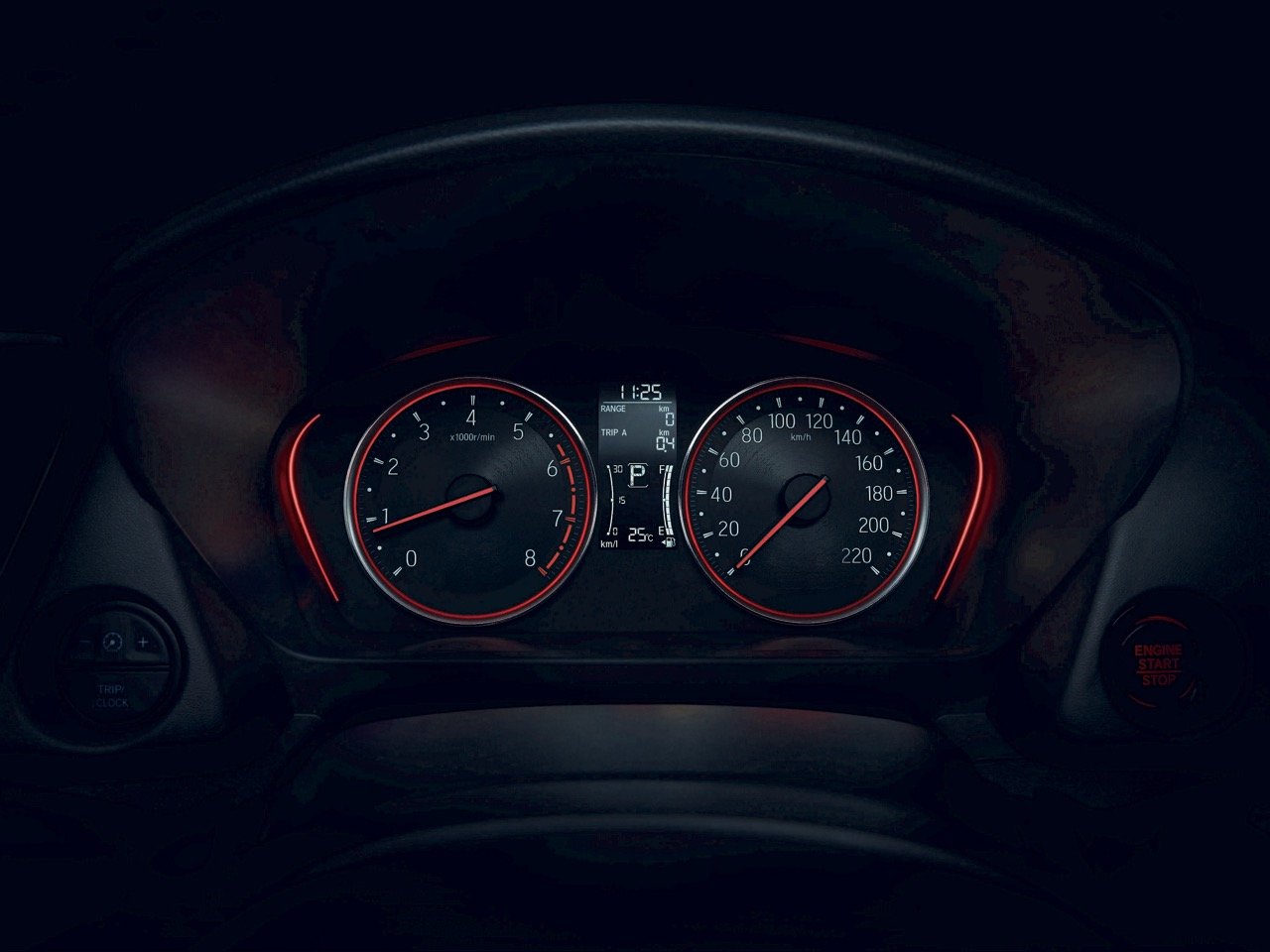 Surprisingly, the 2020 Honda City now sports soft-touch material on the dashboard. At the moment, no other car in the segment offers that. With the increased length and wheelbase, the 2020 City is expected to offer an enhanced space on the inside with roomier knee and legroom to offer. The seats of this car look extremely comfy and spacious, although the actual feel can only be judged once we get to drive the car. The interior is dark-themed, and there are silver accents around the AC vents, around the Gear lever, and on the door handles as well.

Check out the variant-wise comfort features list for the 2020 Honda City:

*Note: these features are applicable for the Thai-spec version and the India-spec Honda City will get some differences.

The highlight of the Thailand-spec Honda City is its new powertrain. The car now features a turbocharged 1.0-litre engine which produces 122 PS and 173 Nm of max power and torque respectively. The only transmission on offer is a CVT, although we expect a manual to be offered later. Apart from a single-scroll turbocharger and Variable Valve Timing and Lift Electronic Control (VTEC), the engine also features dual Variable Valve Timing Control (VTC). A new naturally-aspirated 1.5-litre mild-hybrid engine is also in the pipeline, but no specs have been revealed at the moment. Unlike the old-gen car, the diesel engine is expected to come with a CVT option as well. The current Honda City is powered by 1.5-litre inline-4 engines, both petrol and diesel. The petrol engine churns out 119 PS and 145 Nm and can be paired to either a 5-speed manual or a CVT automatic, and the diesel one pushes out 100 PS and 200 Nm and comes mated to a 6-speed manual. The next-gen City sedan will feature the same engines, albeit in BS6 compliant form. The car will thus boast of direct-injection and other such tech. As for the transmission, we expect the 5-speed manual in the petrol-powered model to be replaced by a 6-speed manual instead.

There is no confirmation yet on the launch date of the upcoming Honda City sedan. According to our estimates, the launch window should be between February and April 2020, just in time for the BS6 deadline. The prices of the current model begin at Rs. 9.81 lakh and go all the way up to Rs. 14.16 lakh (ex-showroom, New Delhi). We don’t expect a huge bump in prices, but due to the additional tech in the cabin and under the hood, the increase will be significant. Expect the prices to soar around Rs. 10 lakh to 15 lakh mark. Upon launch, the 2020 Honda City will compete with Maruti Suzuki Ciaz, Volkswagen Vento, and the upcoming Hyundai Verna facelift.