It has been confirmed by Ford officials that the new-gen Figo, the facelifted Ford Aspire’s sibling, will be launched at the end of the first quarter next year. The new Ford Figo, actually, was released into the European and Brazilian auto market over 6 months ago under the name: the Ka+.

The 2019 Ford Figo will borrow some exterior elements from its sibling Ford Aspire such as bigger headlamps, an outstanding chrome honeycomb grille, updated bumpers at the front and the rear as well as wider alloy wheels which measure up to 15 inches. 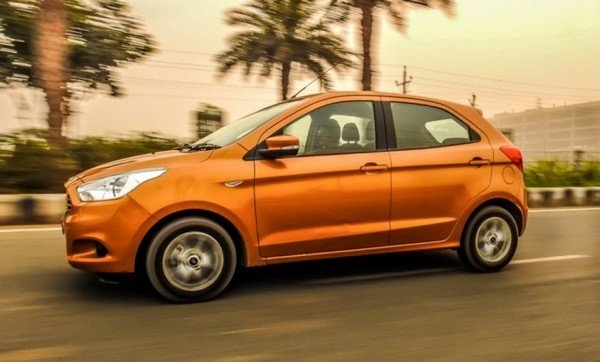 The cabin will continue to be spacious enough to provide the passengers with a comfortable driving experience.

The Ford Figo facelift is expected to sport a similar kit of interior features to that of 2018 Ford Aspire, including

Some other interior advanced technologies such as multi-function driving wheel, climate control, autocruise, AMT headlamps and wipers which can sense the rain are also provided to bring a premium look from the inside to the hatchback and a pleasant travel experience to customers. On the other hand, some more extra driving-aid features are also be added to the AMT variant such as

The new Ford Figo could be powered by the same engines as the new Aspire – one diesel engine and two petrol motors. The diesel motor will be a 1.5- litre and 4-cylinder unit, borrowed from the outgoing model. The 1.2-litre and 1.5-litre motors are three-cylinder ones and will come mated to a 5-speed manual transmission sourced from Getrag which can also be found in the Freestyle and a 6-speed torque converter automatic transmission introduced with the EcoSport, respectively. Once launched, the 2019 Ford Figo is expected to have a little lower price than the current price of the Ford Aspire, in the range of Rs 4.75-7.50 lakh, relying on the powertrain and the variants. It can directly compete against the Maruti Suzuki Swift, the Hyundai Grand i10 and the Ignis.