The NHAI have set this record at NH 52 between the Vijayapur-Solapur stretch. This follows just after the Union Transport Minister announced that road construction speeds have reached 30 km a day.

The National Highways Authority of India has just finished the development of a single stretch of road measuring 25.54 kms in just 18 hours, creating a new world record in the process. It took place during the construction of the four-lane highway between Vijayapur and Solapur on the NH 52. Road Transport and Highways Minister Nitin Gadkari congratulated the leasing company for achieving this feat in record time. Gadkari mentioned that 500 employees of the company were part of this achievement and have worked hard for it. Earlier, the union minister had announced that road construction in India has touched a record 30 km per day. Karnataka Deputy Chief Minister Govind Karjol also congratulated the feat by saying, “This rare feat will definitely set a benchmark in the ongoing and upcoming projects. I congratulate the entire team on completing the 25.54-km lane asphalting in 18 hours. The work was launched when Ramesh Jigajinagi was the union minister of state.”

With officials of the Limca Book of Records in presence, The NHAI took the asphalt work in five different stretched between the Vijayapur-Solapur national highways on Thursday. Three of the five stretched are from Karnataka – Dhulked, Horatti Tanda, and Tidagundi, while the remaining two fall in Maharashtra. The Solapur-Vijaypur highway forms a part of the Bengaluru-Viaypura-Aurangabad-Gwalior corridor, and the new construction will significantly reduce the travel time for commuters as well as increase road safety.

In February this year, the NHAI had created another world record for laying the highest quantity of cement on a four-lane highway within 24 hours. The feat which was achieved by Patel Infrastructure, the contractor, entered the India Book of Records and Golden Book of World Records. The said highway is a part of the greenfield Delhi-Vadodara-Mumbai eight-lane Expressway project, and it was carried out by the largest fully automatic ultra-modern concrete paver machine in the world. 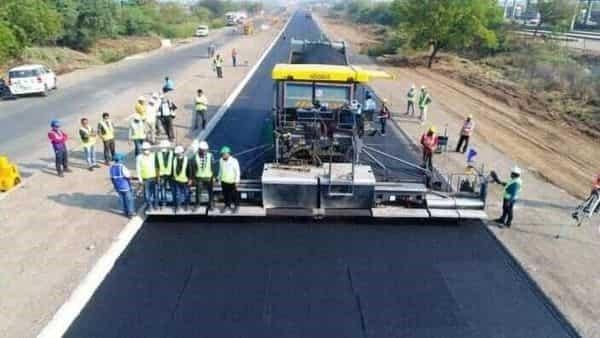 The NHAI is currently working on multiple other such projects to reduce travel time for commuters while keeping road safety as the top priority. It has also tied up with 200 technical institutes and is encouraging them for voluntary adoption of highway stretched for research. Currently, 18 IITs, 27 NITs and 207 other reputable engineering college have agreed to the proposal and have signed the MOU.