The Indian SUV segment is the most dynamic and thriving car bazaars with the commendable arrivals of the SUVs from various car brands. Indianauto will help you find out the most badass sport utility vehicles currently available in the Indian car space.

There are plenty of criteria for car lovers to assess a vehicle as design, technology, performance and price. Most of the time, buying an SUV is not an easy task when a variety of cars with stunning features are available in the market. To my verdict, Mahindra Alturas G4, Toyota Fortuner and Ford Endeavour are ahead of the competition.

The 2018 Mahindra Alturas G4 sits on the first rank of the top badass SUVs of India. Launched in the domestic market at the introductory price of Rs 26.95 Lakh, the car is regarded as the blockbuster in the auto space and the refinement of the high-end SUV segment. 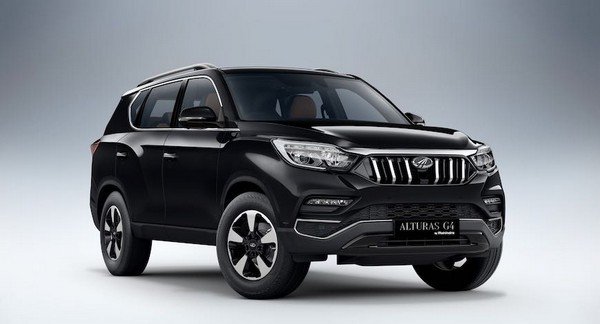 Imposing bold and aggressive character lines, the newest SUV appeals to a wide range of modern buyers who desires for a powerful-looking premium model. The front fascia is amplified by the redesigned front grille along with the twin-chamber HID headlamps with LED DRLs lighting up the way like the floodlights. The car strikingly comes with 18-inch diamond cut alloy wheels boasting the style quotient of the vehicle. The 2018 Mahindra Alturas G4 is also fitted with

Getting an increase in the overall dimension, the all-new Alturas measures 4,850 mm in length, 1,825 mm in width and 1,825 mm in height along with 2,683 mm of the wheelbase, making the largest SUV in the domestic auto segment. 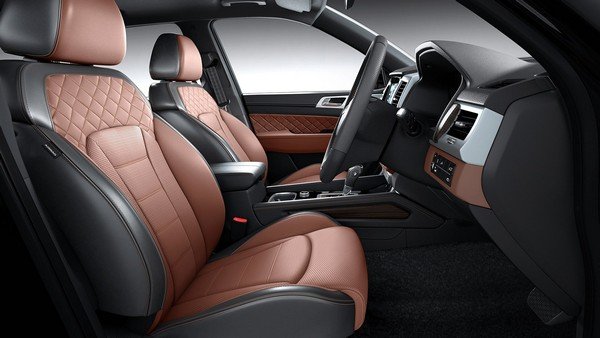 Deserved to stand at the highest rank of India’s hottest SUV list, the Alturas G4 is packed with a multiple of cutting-edge technology improving the feeling of opulence, modernity and usability.

As a vehicle of high responsiveness, the Mahindra Alturas G4 is powered by a 2.2-litre 4-cylinder diesel engine that produces 180 hp of max power at 4000 rpm and 420 Nm of peak torque at 1600-2600 rpm. The oil-burner is mated to the Mercedes-Benz 7-Speed Gtronic AT featuring a shift-on-fly Four-wheel-drive system.

The Toyota Fortuner holds the second place after the Alturas G4 sibling regarding the design and dimension. Aesthetically, the SUV displays a sense of elegance when seeing the vehicle in visual eyes. The Toyota Fortuner SUV has been upgraded in term of design and style to meet the higher demands of the modern buyers in the country.

The car carries on the feeling of imposingness and allurement with an impressive tough and wide new grille. Newly chrome touch has been added to the side along with the extended window running toward the rear giving the sense of bigger view from the outside, retaining a smart and sporty look as compared to its predecessors. The car comes up with tough and urban cool alloys and the spare wheel are placed neatly under the rear enhancing the dynamism and usability of the SUV. Ignited the car with convenience, the new-gen Toyota Fortuner is incorporated with a variety of versatile functions and fitments improving the highest level of comfort, safety and the driving pleasure. The long list of multimedia entertaining equipment along with the new cutting-edge safety features will much fulfil your needs and aspiration. If concerning the single aspect of technology, the Toyota’s SUV will be the pinnacle as compared to its rivals. Available with two engine options, the 2018 Toyota Fortuner comes up with a 166 PS 2.7-litre 4-cylinder gasoline engine and the 177 PS 2.8-litre 4-cylinder diesel motor. The gasoline burner is paired with a 5-speed manual gearbox or 6-speed automatic transmission. Meanwhile, the diesel engine comes featured with a 6-speed MT or a 6-speed AT that delivers 420 Nm of peak torque.

Has been released for two years, the current-gen Ford Endeavour is still among the best SUV of choice in the Indian playground. Designed to handle the irrespective of the terrain, the Endeavour has been a well-received SUV added a great number of upgrading styling, mechanical and technological features. Enhancing the presence of comfort, the SUV comes up with a powerful exterior look which is emphasized by a massive chrome grille with projector headlights and LED daytime running lights along with a bold bumper housing a prominent silver skid plate. The Ford Endeavour is currently priced at Rs 26.82 Lakh (ex-showroom)

Although the outside appearance of the current-gen Endeavour is not as striking as the two aforementioned models, the car still excels in captivating customers by its good driving performance and the multifunctional usability inside the cabin. Packed with a multi-information display, bucket-seat at the front, remote key entry, dual-zone automatic climate control, rain sensing viper, terrain management system and many more, the Ford Endeavour sends the pleasure and eagerness while driving. The long list of safety fitments fitted in the car comprises

It’s not exacerbated to state that the Ford Endeavour is truly an aggressive SUV of its segment. A simple outlook does not mean a weaker capability, the car is made available with two engine variants encompassing a 160hp/385 Nm, 2.2-litre diesel and a 200 hp/470 Nm, 3.2-litre diesel engine on the Trend and Titanium variants. The facelifted version of the Endeavour has been announced to arrive in India in early 2019 with major updates in design and a stricter BS-VI emission norms compliant powertrain. We expect that the future context of the SUV segment will be changed due to its launch and the competition will be more aggressive with the new rival of Hyundai Santa Fe.

8 New Compact SUVs To Come To Indian Market By 2020