Right now, India is going through a lockdown of 21 days, which was implemented by the government last month to prevent COVID-19 pandemic from spreading further. Police officials around the country have been strict with dealing with the lockdown violators and are imposing heavy fines on people who are roaming around the city without any reason. Here, we have one such case from North India, where a young lad was fined for violating the curfew. He was roaming around in his Toyota Fortuner with what seems to be a fake MLA sticker on the windscreen. This incident took place in Haryana, where two young boys were found on a joydrive in the aforementioned Toyota Fortuner.

Why You Should Not Use Your Car/Bike In Lockdown The police officials stopped them because the movement of vehicles has been controlled until unless it is imperative. The youth who was driving the Fortner told cops that he is the relative of an MLA but could not say his name. They also said that they have a special pass from Gurugram MLA which allows them to drive the car on public roads in this situation. However, the duo failed to produce any such document.

They were travelling from Haryana to Delhi in their Toyota Fortuner. Police officials asked a few more questions to both of them, and afterwards, cops issued a challan of Rs 10,500. Further details regarding the charges imposed on them are not known yet. 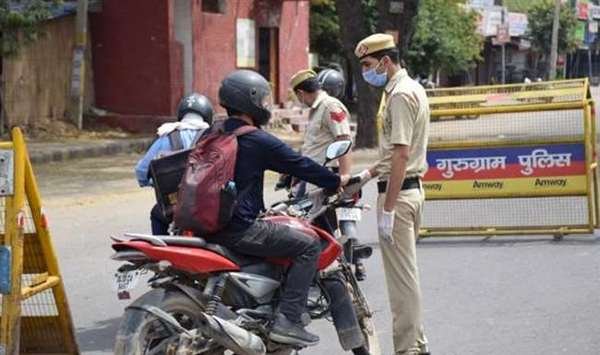 At the moment, only medical staff, emergency vehicles and media car officials are only allowed to use the public roads

This is not the first time that police has issued fines during Curfew. In Uttar Pradesh, more than 2,000 people have been fined for violating the lockdown. Similar cases have happened in Kerala, where ta local politician was fined and also a case where cops fined a person for talking on the phone and riding a two-wheeler without a helmet during the lockdown. It’s very important for all for us to stay at home and promote social distancing. At the moment, only medical staff, emergency vehicles and media car officials are only allowed to use the public roads.