Toyota Glanza Spotted Being Driven For The First Time [Video]

A new video that has surfaced on the web space recently shows the Toyota Glanza, which is just a rebadged version of the Maruti Baleno with a different upper grille, being driven around. The Toyota hatchback now features a radiator grille with double chrome wings, which gives its front-end a slightly different look from its donor.

Recently, the Toyota Glanza has been revealed in a video.

Other than sharing the sheetmetal and much of the soft parts, the Toyota Glanza even gets the same colour options and same alloy wheels. Earlier, it looked highly likely that the new model would offer new lights and bumpers but it's quite clear now that it will share aplenty with the Baleno. 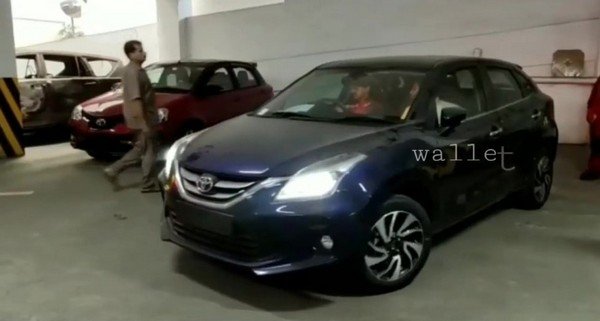 Except from the distinctive grille, the Toyota Glanza looks nothing different from the Maruti Baleno.

In terms of the interior, there is not much difference between the Glanza and its donor vehicle. The layout and the design with an all-black colour theme have been kept intact except for the different branding on the steering wheel.  Even the seat coverings have been kept untouched from the original car. Features like the 7-inch touchscreen with Apple CarPlay and Android Auto connectivity and automatic temperature control are also present on the Glanza, like the Baleno. 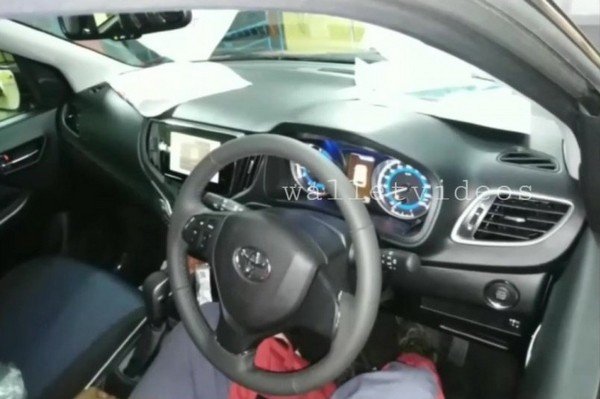 The interior feature list of the Toyota Baleno has been remained from its donor vehicle.

Regarding the specifications, like the Baleno, the Glanza will receive the power from a K12M 1.2L VVT N/A four-cylinder petrol motor which can generate a maximum power of 61 kW (82.94 PS) and a peak torque of 113 Nm and is available across all of its variants. The transmission duties will be undertaken by 5-speed MT and CVT units, the same as the Maruti Baleno. The claimed fuel mileage of the vehicle when it utilizes the two gearboxes are is 21.01 kmpl and 19.56 kmpl, respectively.

Initially, 364 units of the Toyota Glanza will be rolled out. The Japanese auto manufacturer is planning to launch the new hatchback in its G and V trims which are the equivalent to the Zeta and Alpha variants of the donor car next month. The launch of the Glanza hatchback, the rebadged version of the Baleno, is the first model to be produced under the partnership between Suzuki and Toyota, followed by the Ciaz and the Ertiga.