Volkswagen Polo and Vento Facelift are launched with at the starting price of Rs 5.82 lakh and Rs 8.76 lakh respectively.

Volkswagen has just launched the facelifted models of the Polo and Vento. The Polo facelift is priced from Rs 5.82 lakh to Rs 9.88 lakh. VW Vento, on the other hand, starts at a price of 8.76 lakh and goes up to 14.49 lakh. Currently, Volkswagen Polo just celebrated its 10th year in the Indian market. The updates for the two models are mostly similar. Both get a new honeycomb-mesh grille along with a revised bumper and tail lamps. In the higher range variants, both of the hatchback and sedan features gunmetal-garnished alloy wheels. Moreover, the Polo and Vento have shared various design cues from the Polo GTI which was discontinued.

On the feature front, the 2019 versions of the Vento and Polo welcome a couple of new fitments. The most notable update must be the addition of the new Volkswagen Connect system. This advanced connectivity system which can be accessed via your smartphone is available from the Highline Plus upwards. Volkswagen Connect features a smart tracking system, location sharing function, and fuel economy monitoring, and so on. 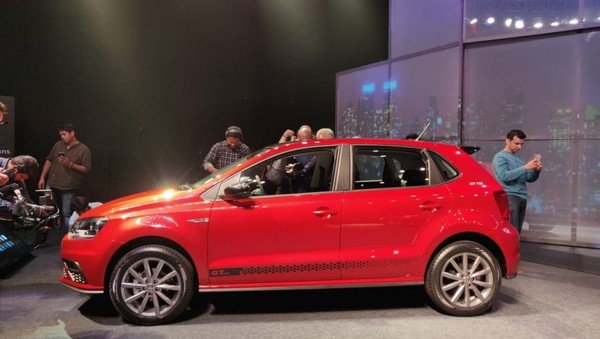 Under the hood, the Volkswagen Polo and Vento continue with the same powertrain system. Volkswagen Vento remains the current 1.6-litre petrol engine that makes 105 PS of maximum power. The regular Polo is available with two engine options, a 1.0-litre MPI petrol and a 1.5-litre TDI diesel engine just like the pre-facelift version. The former engine is able to produce 75 PS and 95 Nm while the latter is good for 90 PS and 23 Nm. On the GT trims, the Volkswagen Polo will receive power from either a 1.2-litre TSI petrol or a 1.5-litre TDI diesel engine. The GT petrol is good for 103 PS and 175 Nm while the diesel version can deliver a maximum power of 110 PS and 250 Nm. For more car news, visit IndianAuto.com.