Volkswagen T-Cross To Have India Debut At 2020 Auto Expo

The pre-production version of the Volkswagen T-Cross will be debuted at the upcoming Auto Expo. The T-Cross SUV will be based on the MQB A0 IN platform specific for India.

The India-spec Volkswagen T-Cross will be showcased to the Indian audience at the upcoming 2020 Auto Expo. The SUV will be displayed in the pre-production form and will see its market launch in 2021. 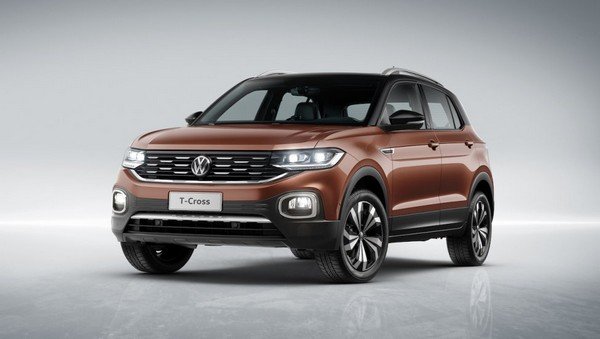 The VW T-Cross will have its officical unveiling at the 2020 Auto Expo held in New Delhi in February.

According to some recent report, the VW T-Cross will be a made-for-India SUV. It will be based on the MQB A0 IN platform specially designed for the Indian market. This platform is essentially the modified longer and more affordable version of the MQB A0 architecture as used in some markets like China and South America.

Visually, the T-Cross will carry the DNA of VW models. It still delivers its company’s family look, except for some country-specific cosmetic changes. That said, the carmaker will make more chrome inserts to the SUV’s front fascia, especially on the bumper and the grille. The India-spec T-Cross wil more likely to get a long wheelbase as seen in the model in LATAM markets.

Since it’s based on the longer version of the MQB A0 platform, the new T-Cross will get an increase in the dimensions, giving the SUV longer doors and a roomier cabin. Passengers at the rear seat will resultantly benefit from the extra space around the legs and over the heads. Besides, the T-Cross will more likely to get a higher 205 mm ground clearance that gives the car a proper SUV stance as well as helps it deal better with the driving conditions on the Indian roads. The India-bound model will also a different axle and suspension setup which might be slightly tweaked to adapt to the Indian driving conditions as well. 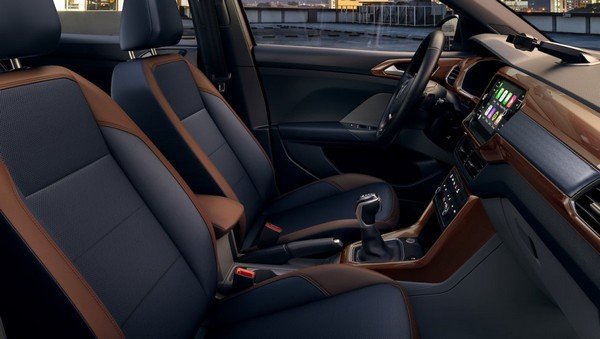 The VW T-Cross will come with a premium plush cabin packed with various colour-coded bits in some variants. The India-spec T-Cross is expected to feature a long equipment list, including a large touchscreen for infotainment system compatible with Android Auto, Apple CarPlay and a sunroof, etc.

The all-new VW T-Cross will be powered by two petrol engine options – a 130 HP 1.5-litre four-cylinder EVO TSI petrol and a 115 HP 1.0-litre TSI petrol engine unit. It should be noted that the former will get the cylinder-deactivation tech that helps it gain better fuel mileage figures while the latter will be a three-cylinder unit as found in some other VW models. The CNG variant is in the offing to come at a later date. The upcoming VW T-Cross will compete with the likes of Kia Seltos, new-gen Hyundai Creta. MG Hector, Tata Harrier and Nissan Kicks in India.