2019 Hyundai Elantra Facelift - Four Most Impressive Things You Should Know

Hyundai, the second largest carmaker and the largest car exporter in India, has just launched the facelifted Hyundai Elantra at INR 15.89 lakh. The facelifted version comes with a wide range of styling and feature upgrades along with updated engine options. Below are the four most impressive things to know about the new Hyundai Elantra sedan. The new Hyundai Elantra has received numerous alterations inside out and also to the engine options.

Following the trend of modern cars, the new Hyundai Elantra also comes with considerable alterations in terms of design in comparison with the previous version. The updated model is equipped with a sharper cascading grille and a redesigned hood. It also gets a new bumper design, more polishing LED headlights. The updated bonnet and other design upgrades make the front become much sportier and sharper.

In the rear, the vehicle is packed with upgraded taillights and a new bumper. The bumper gets the registration plate and reverse lights. Like the Venue and the Grand i10 Nios, the facelifted Elantra’s tailgate also comes with bold badging which carries the brand name. 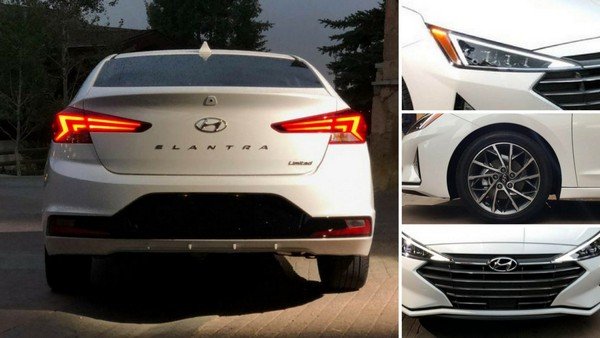 The facelifted Elantra has come with many upgrades in terms of the exterior.

There are also quite a few updates which have been done to the interior of the Hyundai Elantra. It is equipped with a 7-inch touchscreen infotainment system in the low-spec variants and an 8-inch unit in the high-spec ones instead of a 5-inch unit in the outgoing model. The facelifted sedan even has an Infinity-sourced high-quality sound system with a subwoofer, an amplifier, tweeters, a centre speaker and door speakers. The Hyundai Elantra facelift is also equipped with quite a few new interior features.

The monochrome MID of the previous version has given way to a new coloured MID in the new model. The new steering wheel is more curvaceous; the air-conditioning vents are slightly more polishing while the climate-control panel is more elegant-looking. Furthermore, the new Elantra is equipped with a wider range of safety features including six Airbags and a Tyre-Pressure Monitoring System as standard.

While this feature should be included in the previous section, we have decided to separate this feature into a different one since it is a segment-leading feature and would help the new Elantra become the first connected sedan in India. Borrowed from the Hyundai Venue, this feature comes with a cloud-based Voice-Recognition platform and a tamper-proof Vodafone-Idea eSIM. This system offers the occupants numerous advanced connectivity features, which can ensure a journey with the utmost convenience and comfort. 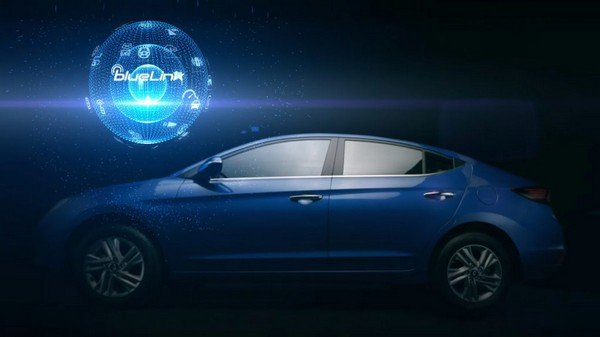 Hyundai has also equipped the new Elantra with the cutting-edge Blue Link system.

Hyundai has been upgrading the motors of numerous models to make them conform to the upcoming BS-VI standards. The previous 2.0-litre 'Nu' petrol engine of the Hyundai Elantra has also received an update to be compliant with the upcoming BS6 emission standards. This engine can now generate 152 PS against 192 Nm. Transmission options include a 6-speed manual and a 6-speed torque-convertor automatic. The claimed mileage is 14.6 kmpl for both of the manual and automatic versions. A 1.5-litre diesel motor will be introduced at a later time. Now, the new Elantra receives its power from only a petrol engine which has been updated to comply with the upcoming BS-VI emmission standards.

This concludes our list of four things you should know about the 2019 Hyundai Elantra facelift. What do you think about this new sedan? Is there something we missed? Please share with us in the comment section below.