The Honda City has been through four generations in the Indian car market. It is loved for the great mix of sportiness and comfort it provides. In line with this, several owners have modified their City sedans to look hotter and sportier

With more than 20 years of reputation, the Honda City has been as a massively popular car brand among the Indian gearheads. While being dethroned to the second spot of the segment’s sale chart, the Honda City still reserves good responses from the commercial segment.  Merely by some visual and mechanical modification packages, the Honda City looks more exciting and attracts a fresh wave of public interest. Here’s the list of 10 outstanding modified Honda City sedans across India. The all-black Honda City diesel displays an extremely flamboyant aesthetic beauty much more than the initial version. Has been customised from Kerala, the Honda City comes with a comprehensively redesigned front-rear bumper and inclusion of side skirt. The car looks quite sophisticated due to a revised grille, a sportier bumper and a prominent diffuser. Besides, the aftermarket 17-inch five-spoke alloy wheels make its perfect combination with lower ground clearance, refreshed LED tail lamps and the Tein coil suspension. Four exhaust tips are mounted on the rear instead of one available in the original stock.

Here is another all-black Kerala-based modified Honda city that stands out from the crowd with its sharp bolder looking thanks to the Mugen body kit. Received an array of upgrades, the City houses a tad sportier bumper with updated projector headlamps and LED DRLs, new grille and skirting all over. The car’s side profile gets newly-added five-spoke alloy wheels combined with chrome-covered door handles and low profile tires as well. A redesigned sportier bumper with tail lights and spoiler have also been fitted on the rear fascia. Notably, a set of 17-inch Lenso rims and performance-tuned suspension from Vogtland are also used on this custom City. The car has been well-loaded with sportier exterior fitments

Gold body paints are certainly the creation of premium and luxuriousness in the Tamil Nadu-sourced modified Honda City. Unlike in the Middle East where we can easily catch sight of gold-plated cars plying on the road, there are just a few models presenting in India that makes this modified Honda City a kind of uniqueness. Covering the sedan is the matte gold which elevates colour contrast of the black roof. The Honda City also makes it stand out by the innovated headlamps, a new grille with Type-R logo and the quad exhaust tips.

This car is a match made for anyone who desires a hotter and more graceful Honda City in your garage, the modified unit from the capital is of great choices. The car appears with the aftermarket blacked-out projector headlamps and new body kit including a fresh new 17-inch five-spoke alloy wheel and LED cluster replacing the taillights. Extra power is available on the modified Honda City by the inclusion of diesel tuning box from Race Dynamics.

The Red striped Honda sedan is a product of IDE Autoworks based out in Gurgaon, India. The studio has proved the fact that a normal stock sedan can be more magnetic merely thanks to the creative graphics. Also coming with the all-black front grille, the car features the BMW-inspired daytime running lights which are integrated right on the headlamps. A red stripe running from the front bumper to the rear is garnished by the smaller black stripe on the car’s door and bonnet. Another version from Kerala stands on the list of stunning modified Honda City in India. Subtle styling updates comprise a new widebody kit offering a sharper and seductive appearance. By the bright red body paint, the personalised Honda City is in the centre of attention. A new bumper with a wire mesh grille, blacked-out taillights, and chrome-plated alloy wheels have also been added along with the lower profile tires setup. The City still gets the power from the 1.5-litre iVTEC petrol engine which comes featured with a tuning box, cold air intake and free-flow exhausts.

Turning out to be the most attractive custom Honda City in the list, the Mugen car from West Bengal makes a great impression on others by the black-yellow colour combination. With the Mugen RR body kit encompassing a new grille, redesigned bumper and headlights, the special version looks like a high-performance supersport car. 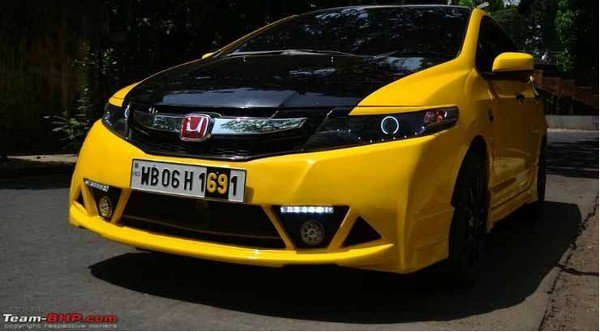 By my verdict, it is the most stunning modified City in the list

The Honda City Batman is such an affordable modified edition of the lineup. Made its first premiere at the 2017 Nepal Auto Show, the Batman wins the hearts of many enthusiasts by the world-renowned superhero concept. The custom City is reworked with the wrapped-around matte black body shade highlighted by the yellow headlamps and Batman graphics on the bonnet. If you love Batman, this custom car might be your favourite 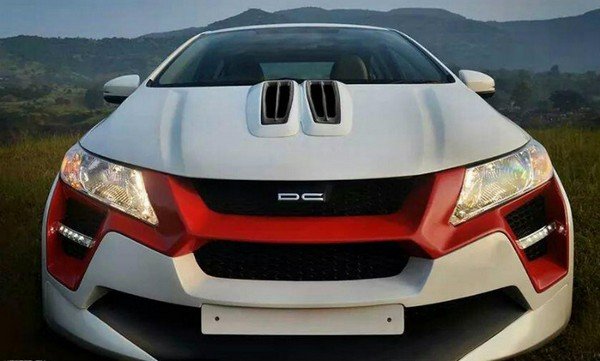 Standing in quite a nice position in DC’s modified products, the white Honda City has undergone a thorough modification in terms of exterior styling. On the front fascia, the sedan is equipped with a dual-tone bumper and a revised front grille while faux scoops are mounted on the hood. The side profiles of the car are more seductive with red highlights while the rear fascia is appealing with a new bumper and dual exhausts.

Also Read: The Most Questionable Car Modifications In The History