Cars With More Than 2 Airbags Under Rs 10 Lakh

Have you ever imagined you would enjoy some most top-notch safety features with only a limited budget? Now, it is not only in your imagination but has become a reality. Below, we have come up with a list of cars which offer more than two airbags but cost under Rs 10 Lakh.

With the BNVSAP (Bharat New Vehicle Safety Assessment Program) regulations in effect, safety features including airbags, ABS and seatbelt reminders are required to be provided as standard in all the new automobiles produced after April 2019. Some careful drivers even prefer cars with a more intensive list of safety features which includes more than two airbags and do not mind paying extra. Surprisingly, quite a few cars offer over two airbags and cost just under Rs 10 Lakh. Read on to discover. 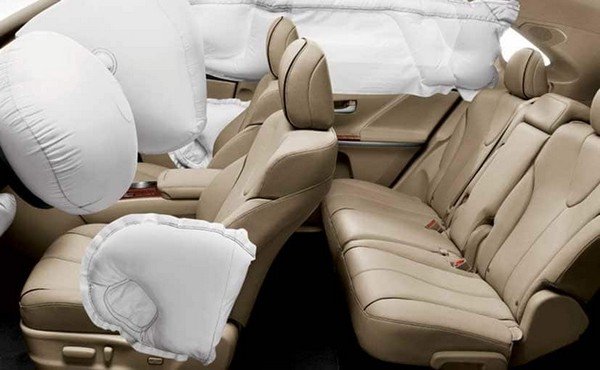 Here, we have decided to arrange the vehicles from the lowest-priced cars to the highest-priced ones for you to easily follow. In the first position are Ford cars with the three models: the Figo twins: the Figo hatchback and the Aspire compact sedan and the recently-launched Freestyle. All of these vehicles offer totally 6 airbags (front, side and curtain ones). Ford Endeavour and EcoSport also come with seven and six airbags, respectively, but cost more than Rs 10 lakh so would be excluded from the list.

Refer to the table below to check the price of the Ford Figo, Aspire and Freestyle (ex-showroom, Delhi). The two Hyundai’s products, the Elite i20 hatchback and its compact SUV sibling, the i20 Active will also be included in this list. While the Asta (O) variant of the former comes with 6 airbags (front, side and curtain ones), the SX variant of the latter offers this feature. The prices of these two variants are given in the table below. Even the J base variant of the Yaris lineup, offers seven airbags (two in the front, two curtain, two on the front sides and one for the driver’s knee). The transmission duties on this variant are undertaken by both an MT and a CVT unit. Unfortunately, other variants of the Yaris are priced over Rs 10 lakh so would not be enlisted here. MT Petrol Skoda Rapid Style is the most highly-priced car in the list, but still under Rs 10 lakh

The Czech auto manufacturer has equipped four airbags on the top-spec Style variant of the Rapid lineup. Nevertheless, only the petrol MT version of the Rapid Style costs under Rs 10 lakh, to be more specific, Rs 9.99 lakh (ex-showroom, Delhi), and this price is on offer for only a limited period of time.

Do you think that more airbags can protect you better in case of accidents? Are you willing to pay more to get a model with more airbags? Let us know in the comment box below.