The 21st century is the age of young actors/actresses. Young Bollywood actors/actresses are not only skilful in their acting, but also in showcasing their style with their luxury vehicles. Below is a randomly-arranged list of their favourite cars.

The actress has already starred in quite a few Bollywood blockbusters. She owns a versatile collection of cars which range from sedans to SUVs. Alia currently uses a latest-gen Range Rover Vogue, which has a starting price of INR 1.6 crore. Under the hood of the SUV is a 3.0L V6 diesel motor which can produce a maximum power of 240 bhp and a peak torque of 600 Nm. The transmission duties are undertaken by an 8-speed AT gearbox, which sends the power to all the four wheels. Ranveer Singh is well-known not only for his acting skills but also for his impressive collection of luxury cars which consists of a Mercedes-Benz GLS, a Range Rover Vogue, Mercedes-Benz GL-Class and a humble Ciaz. Nevertheless, the most prominent vehicle in his collection which is also his favourite one is the Aston Martine Rapide S. The car is powered by a 6.0L V12 motor with an impressive power/torque figures being 552 bhp and 620 Nm. The Aston Martin Rapid S is priced at approximately INR 3.5 crore. Disha Patani is another young actress who has been starring in numerous Bollywood movies. She owns a Chevrolet Cruze, which she frequently uses. Additionally, she also possesses a D-segment Honda Civic, which has been discontinued. 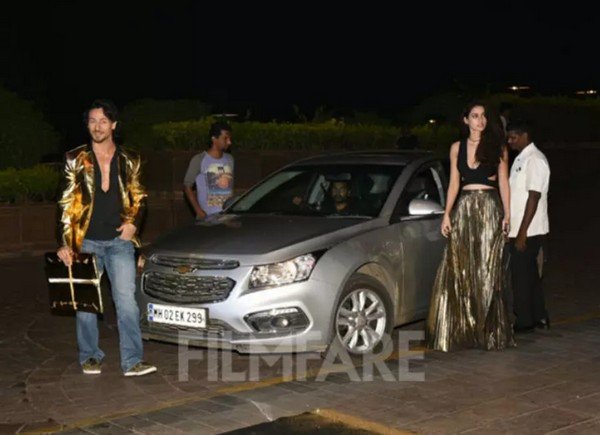 At a very young age, Varun Dhawan has been quite successful in his acting career and possessed a luxury Audi Q7 SUV. The car gets its power from a 3.0L V6 turbocharged diesel motor which is good for 240 bhp against 550 Nm. The Audi Q7 costs INR 73.73 lakh in India. In addition to impressing everyone with his dancing skills, Jackie Shroff’s son, Tiger Shroff has also been quite successful in his acting in many famous Bollywood films. The skilful dancer and actor also owns a BMW 5-Series driven by a chauffeur. Jackie likes to drive but is always stopped from doing so by his father, so he will sit in the front passenger seat instead. The BMW 5 Series is frequently used by Tiger Shroff

Another actress who has received the attention from the Indian public recently is Shraddha Kapoor, Shakti Kapoor’s daughter. She possesses a Mercedes-Benz ML 250. The SUV gets the power from a 2.2L diesel motor which can deliver 203 bhp of max power and 500 Nm of peak torque.

Kritis Sanon has a current-gen luxury Audi Q7. Like the Varun Dhawan’s, Kritis Sanon’s SUV is powered by a 3.0L V6 motor which can produce 240 bhp against 550 Nm and has a current price of INR 73.73 lakh. The beautiful actress possesses an Audi S5 Sportback, the performance version of the Audi A5 coupe. The vehicle gets the power from a 3.0L V6 which is good for 328 bhp and 440 Nm. The price of an Audi Sportback in India is INR 70.60 lakh. After getting some success in his acting career in Tinseltown, Siddharth Malhotra replaced his Fiat Linea with a black Mercedes ML-Class. Powering the SUV is a 2.2L turbocharged diesel motor. Another highlight of his vehicle collection is the Harley-Davidson motorcycle. 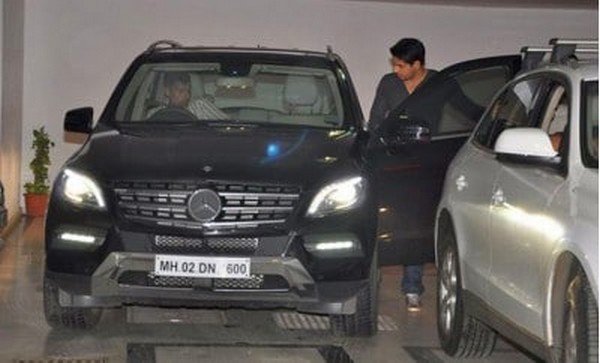 Arjun Kapoor is another talented actor who possesses more than one luxury vehicles which include two high-end SUVs. The first one is a Mercedes-Benz ML-Class and the other one is a Maserati Levante. While some other actors/actresses also own a Mercedes-Benz ML-Class, Arjun Kapoor is the only star in this list to own a Maserati Levante. Under its hood is a 3.0L V6 turbo diesel motor which can deliver 271 bhp against 600 Nm. Its price in India is around INR 1.6 crore. Despite the actors/actresses’ young age, they have achieved quite a lot of success in their acting career and possessed a huge collection of luxury. Are impressed with the list of the luxury vehicles owned by young Bollywood stars? Share your thoughts with us in the comment section below.

‘Fast and Furious’ Stars and Their Real Life Cars