Electric cars have long been considered as the answer to sustainable transportation. A ‘Zero Emission’ option, if you will. An electric car doesn’t burn fossil fuel in its engine, and consequently, it does not cause air pollution directly. Keyword: directly. The phrase ‘Zero Emission’ does not apply when you take the bigger picture into account, i.e., the manufacturing of electric vehicles and of electricity. 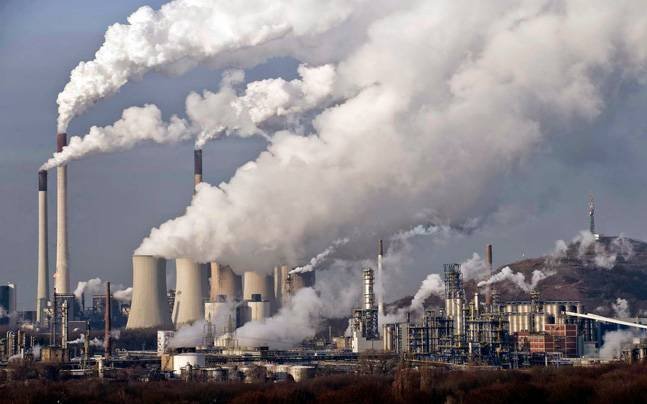 Manufacturing of both vehicles and electricity causes pollution

Manufacturing of vehicle is an extremely complicated process, and different steps involved have different environmental impacts. A majority of global manufacturers use energy obtained from fossil fuels to run their factories, resulting in a high amount of Carbon dioxide production. Also, the production of electricity from fossil fuels results in a lot of greenhouse gases as well. IFO Institute for Economic Research, Munich, is a German think tank that has recently published a study in this field.

Also See: Road Built From Solar Panels Turns Out To Be A Massive Engineering Fail

IFO’s study shows that EV production in Germany relies heavily on coal as its power source. As Germany is the world’s third largest Electric Vehicle manufacturer, it plays heavily into the overall carbon footprint of the entire country. Not only that, but more 30% of Germany’s electricity is produced from coal. The study also provides CO2 emissions data of a Tesla Model 3 which is equivalent to 156 to 181 grams of CO2 per kilometre, and then compares it to a Mercedes Benz C220d, a diesel-powered car which produces 141 grams per kilometre, including the emissions produced during processing of diesel fuel from crude oil. To oversimplify, the study claims that electric vehicles cause more emissions than an equivalent diesel car. With technological advancements, drawback of EVs could be reduced or even eliminated

The study has attracted both positive and negative criticisms. The Wall Street Journal has called it a “warning that new technologies aren’t a climate-change panacea”. Multiple online publications have also come out against the study. Eufactcheck.eu, a website by European Journalism Training Association (EJTA), claims that the study is extremely limited, generalises the study based in Germany for the world, compares only two car models, and therefore is “mostly false”. There have been multiple studies in the past as well, covering everything from the environmental impact of mining for rare metals for manufacturing of EV batteries, to the emission laws in different countries.

Also See: BSVI Vs BSIV: All Your Questions Answered

It must be remembered that for true sustainability, manufacturers might need to take a step back and reconsider their strategy. Still, the future does look promising, as the Global Auto Industry is working towards a more sustainable future. Electric cars are becoming more efficient day-by-day, and life spans are also increasing. More countries are looking away from fossil fuels, looking towards renewable sources of energy. These are, of course, long term plans. Short term plans of reducing carbon footprints of every individual and every organisation will also help in the preservation of environment.