Maruti Swift set the bar pretty high for how a hatchback should be involving and fun for the driver. India doesn't get the Swift Sport version, but we have got this amazing render to distract you.

Its been just over 15 years since Maruti first launched the Swift in the Indian market, and since then it has been the hatchback benchmark for ride and handling. Instead of the tallboy style that was so popular during that time with the likes of the Wagon R and Hyundai Santro, the Swift launched with a lower stance design that caught the attention of buyers quickly. The third-generation model is on sale currently, and is still a top-selling car in its segment over all these years, regularly selling twice the numbers of its direct competition. The Maruti Swift has been blessed with sublime handling which is beloved by Indian auto enthusiasts. In markets like the UK, you can buy the Swift Sport which is powered by a 127 PS 1.4-litre turbo petrol and gets stiffer suspension which makes it quite the corner-carving weapon. Sadly, you can’t even think of ordering one in India as it never came in here, Maruti decided against it as our market is a very cost-sensitive one. The low double-digit fuel economy figures would have made people stay far away from the car before even trying it. Fortunately, there is a thriving aftermarket and tuning scene for Swifts in India but it can also get eye-wateringly expensive very quickly if you don’t know what you’re doing. But we can dream nonetheless, and we have got this render from Zephyr Designs for you which looks like it's ready to smash lap records.

This Maruti Swift looks nothing like the one you can buy in the market, with the first thing that you notice is the impossibly low ride height and that it is based on a three-door design. It gets a 50-50 paint scheme with red on one side and black on the other, while the roof has been blacked-out. This Swift also gets a carbon-fibre full body kit with a front splitter and canards, double-decker rear wing, and side body trimmings. Its shod with red and black dual-tone dished 5 spoke alloys wrapped in TOYO Tires. Overall this render looks insane, but in a good way with an instant desire of wanting one. 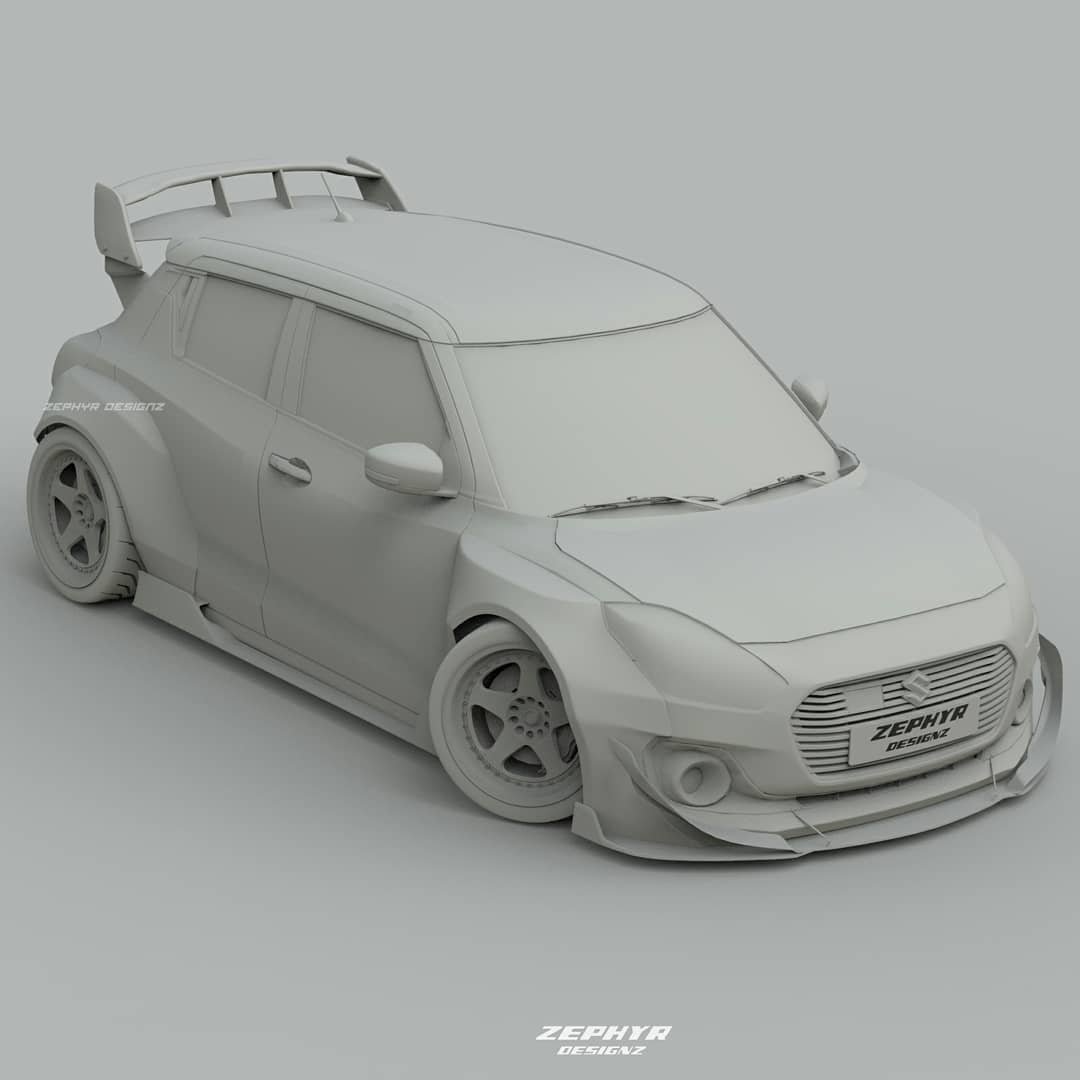 The Maruti Swift is powered by a 1.2-litre naturally-aspirated 4-pot which churns out 82 PS/113 Nm of max power and torque figures in civilian guise and can be paired with a manual or AMT transmission. Prices start from Rs 5.19 lakh for the base LXI trim, going up to Rs 8.02 lakh for the top tier ZXI AGS. All prices are ex-showroom, India respectively.