The Tata Tiago JTP was one of the first performance-focused hatchbacks in India a couple of years back. Today we came across this modified Tiago JTP that gets a raft of performance updates.

The Tata Tiago is a great buy if you’re looking to buy a hatchback but don’t want to go for the Maruti Swift or the Hyundai Grand i10 Nios. It offers a great combination of attractive pricing and feature-loaded variants, making the Tiago one of the most successful Tata vehicles as well. Though you may think it is dated as it was launched back in 2015, Tata keeps updating the Tiago regularly so that it doesn’t fall behind its segment rivals. And recently, Tata Motors has introduced a Limited Edition model of the Tiago to commemorate one year since the hatchback got a facelift. It is based on the mid-range XT variant and will be limited to only 2,000 units. The Tiago also has a healthy amount of options available widely if you would like to modify it. Today we came across this extensively modified Tiago that you should take a look at. 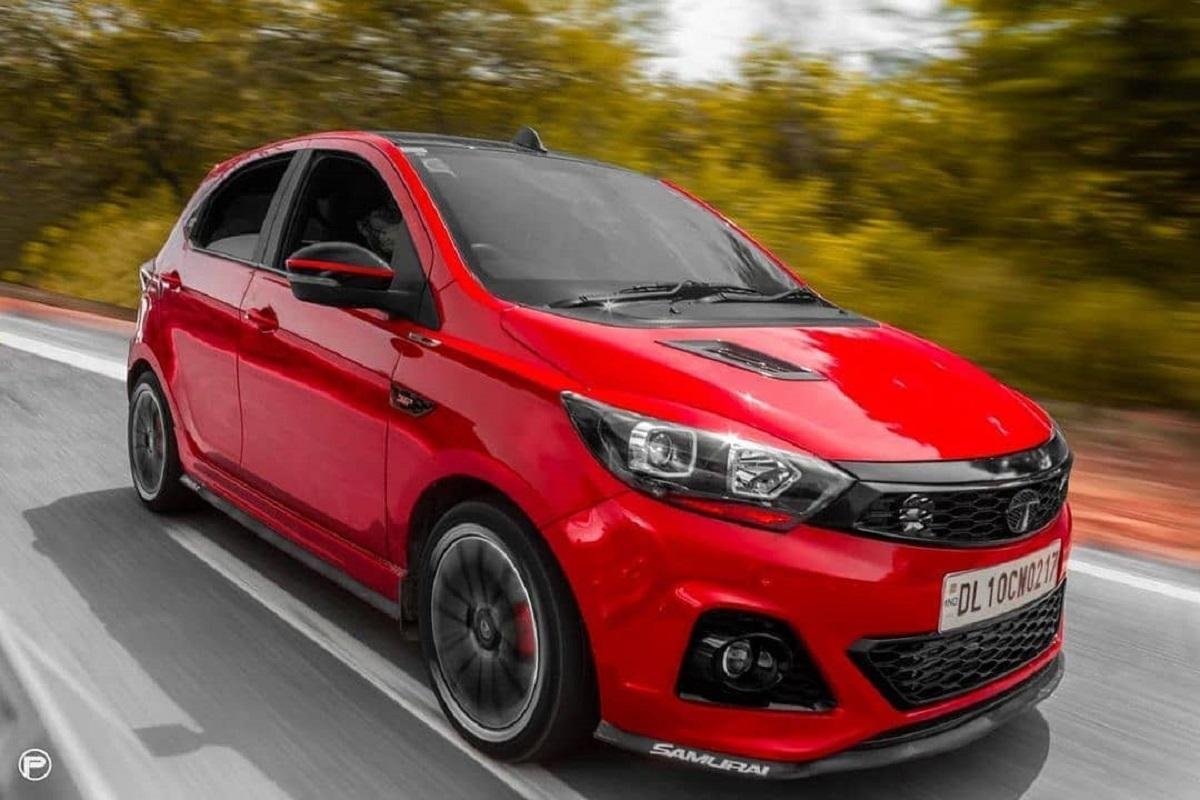 The picture of this modified Tata Tiago has been uploaded by machine_headss on Instagram. This Tiago is the JTP version that came with a 1.2-litre turbo petrol engine. The owner further modified the hatchback’s engine with a stage 2 quantum performance remap, Garret intercooler, air intake system from K&N, brisk eco racing spark plugs, racing coil pack, and a custom 2-inch ss exhaust system. The engine now makes 150 PS of peak power and 220 Nm of max torque. In fact, this power output is higher than that of the Hyundai Creta Turbo, which puts out 140 PS of peak power with its 1.4L tubro-petrol motor. Other mechanical changes include progressive lowering springs from Cobra suspension, Dixcel brake pads, and 15-inch alloys wrapped in 205-profile rubber. Visually, this modified Tiago gets a black body kit and the bonnet has a new air intake carved into it. Overall, this is one of the more performance-focused modifications in India and has been very tastefully done.

Prices for the Tata Tiago range between Rs 4.85 lakh for the XE base trim and goes up to Rs 6.84 lakh for the XZA+ AMT range-topper. The Tiago only offers the choice of one engine currently, it is a 1.2-litre 3-pot petrol which makes 85 PS of peak power and 113 Nm of max torque. Transmission choices include a 5-speed manual or a 5-speed AMT. Do note that all prices are ex-showroom, respectively.