Here’s A Special Message From Audi India And Virat Kohli

Audi India has recently released a new video in which Virat Kohli is telling people to take all the necessary precautions and move forward together during these hard times.

German automaker Audi is one of the most popular luxury car brands in India. Audi cars are well known around the world for their plush built quality and potent engine options. Meanwhile, the ongoing pandemic has affected almost every automaker in the country. To regain the sales momentum, a few weeks back, Audi India started accepting online bookings for their cars. Recently, the automaker has released a new YouTube video featuring our cricket team captain Virat Kohli, who is also the brand ambassador of Audi India. The video has been uploaded on the company’s official YouTube channel. In the video, Virat says that from the past few months, things around the world have got quite slow.

Kohli says most of us have been doing all our official work from our homes. He adds that things like working out or even booking a brand new car have now become possible right from the comfort of our homes. He further said that the world has started opening again and the new normal will be quite different. In this video, Virat wants to say that from now we have to be a bit careful about things and people around us. The ends the video by saying that we all are in this thing together and we’ll move forward together. We appreciate the effort made by Audi India and Virat Kohli in motivating people of India and telling them how important it is to take necessary precautions. Recently, Audi has introduced the all-new RS Q8 in the Indian market at Rs 2.07 crore (ex-showroom, Delhi). 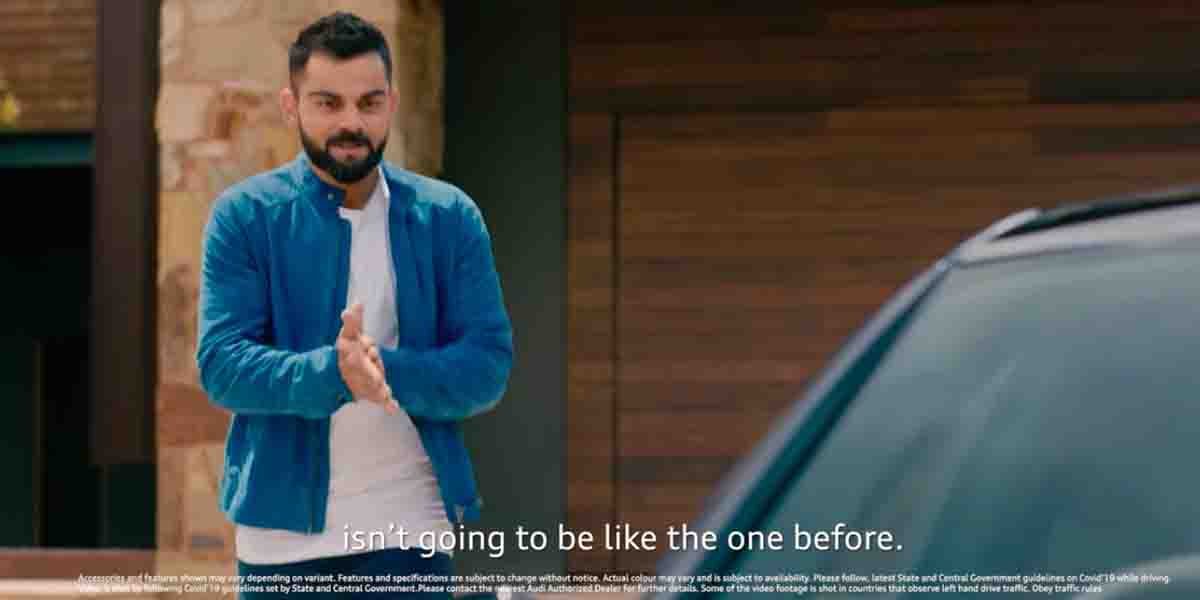 It rubs shoulders with the likes of Lamborghini Urus and Porsche Cayenne Turbo Coupe. Mechanically, it derives power from a 4.0-litre twin-turbo V8 motor, which puts out 600bhp of peak power and 800 Nm of twisting force. Transmission duties are done by an 8-speed gearbox. It is currently Audi’s most potent SUV on sale globally. It can sprint from 0 to 100 kmph in just 3.8 seconds and is capable of touching a top speed of 305 kmph.