In a recent incident in Canada, a 19-year-old stole his father’s AMG Mercedes and decided to go speeding on the streets of Toronto.

With the ongoing global pandemic, other countries besides India have also enforced a lockout. This, however, hasn’t stopped some people from taking to the streets, thus violating the lockdown and putting the safety of themselves and others at risk. Not only that, but with streets now empty, some people feel like it’s the perfect opportunity to overspeed their cars. Such an incident occurred recently in Toronto, Ontario, Canada. 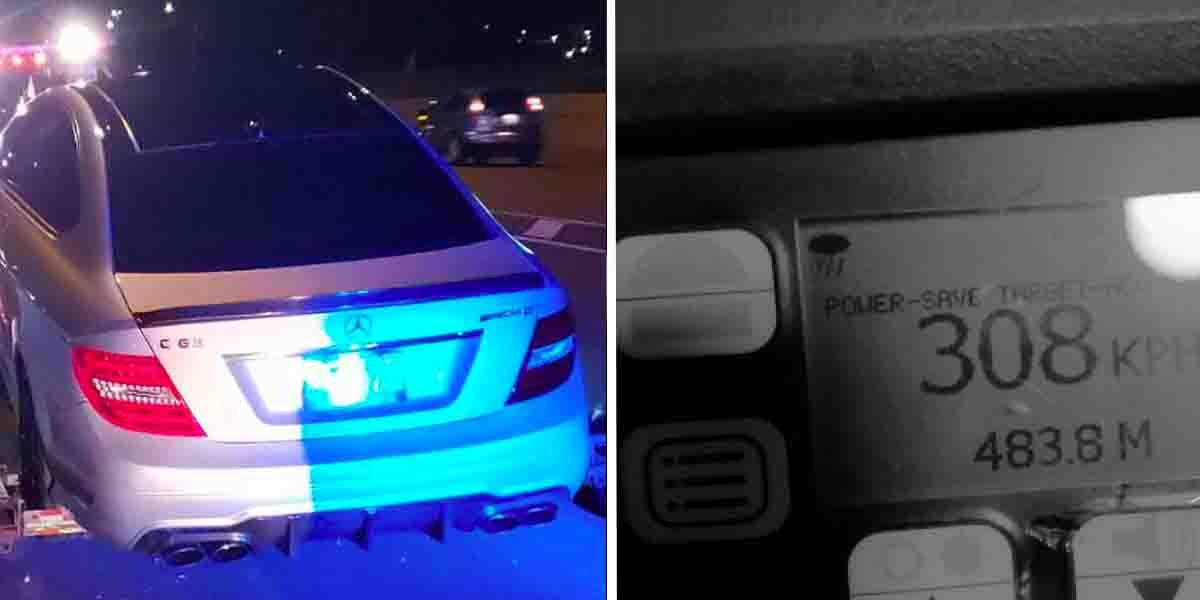 A 19-year-old boy was caught speeding in the streets of Toronto, driving his father’s Mercedes C63 AMG. There was another 19-year-old occupant in the car. Both the boys were released at the scene, and the driver’s license was temporarily suspended and he was charged with street racing and reckless driving.

The car was also impounded by the police. The young driver managed to achieve a speed of 308 kmph, which is quite dangerous on public roads. "This is the fastest speed that I've ever heard of," stated Sergeant Kerry Schmidt of Ontario Provincial Police (OPP). "This is absolutely egregious for anyone to be going those kinds of speeds," he said.

The car in question, a Mercedes-Benz C63 AMG Coupe (W204), is a two-door sports car, specifically designed for performance. As such, attaining high speeds isn’t much of a task here. The car is powered by a 6.2-litre, naturally aspirated, V8 petrol engine. This motor is capable of developing 451 PS of maximum power and 600 Nm of peak torque. The power is harnessed by a 7-speed automatic transmission (called Speedshift Plus 7G-Tronic). This particular model seems to be in stock condition. The Mercedes C63 AMG has been impounded by Ontario Provincial Police

Ontario Police has reportedly caught more than 150 people, charged with stunt driving or street racing, during the lockdown. With fewer cars on public roads, drivers feel more confident in pushing their cars beyond the permissible speed limit. This, however, is quite dangerous, and even with reduced risk of harming others, there’s a high possibility of injuries of themselves. Even in India, the lockdown hasn’t prevented road accidents from occurring. According to the latest report by SaveLife Foundation, a New-Delhi-based non-profit, there have been upwards from 600 road accidents in India from 24th March to 3rd May, 2020. Among these crashes, 140 deaths have been reported.