2020 is seeing a flurry of new sedans coming for India. Be it the next-gen Honda City, new Kwid-based sedan or the E-Class facelift, here are all upcoming sedan cars in India 2020.

2020 is a very promising year for the Indian automobile market. The transition from BSIV to BSVI will change the entire face of the domestic industry as well as the future production strategies of the automakers in India. Carmakers like Maruti Suzuki, Hyundai, Honda, Tata, etc. are all rushing up for the new sedan cars or facelifts rolling off the production line this year. Be it the next-gen Honda City, Maruti Dzire facelift, Hyundai Verna facelift or the all-new Kwid-based sedan, here is the list of upcoming sedan cars in India 2020 for you to watch out for.

Despite Honda’s absence from the biennial Auto Expo 2020, we are pretty sure that the next-generation Honda City is due to be launched in India very soon. You know, Honda City has been the most popular car names in India. However, the City sedan, albeit having received a facelift in 2017, now feels its advanced years due to the introduction of freshman cars in the segment. Therefore, the upcoming new-gen Honda City is highly anticipated. 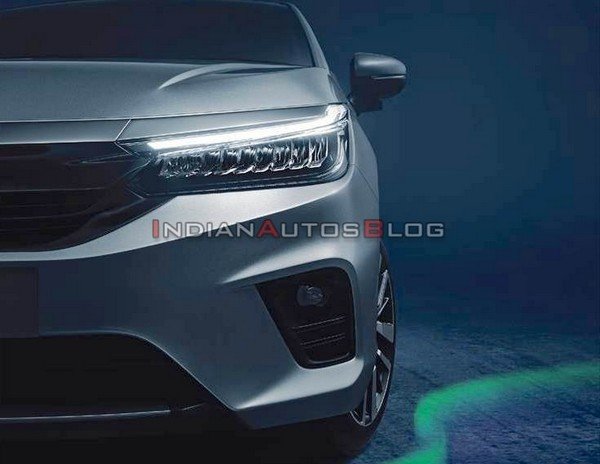 2020 Honda City sees the massive changes in terms of design, technology and powertrain system. The front fascia gets a large chrome bar covering the majority of the front grille, similar to the Amaze and Civic. The first teaser image of the 2020 Honda City has been released. The interior of the upcoming sedan will be revised, seeing the inclusion of more features to make it a more comfortable place to stay in.

Engine-wise, the fifth-gen Honda City will carry forward the 1.5-litre petrol and diesel engines from the current car, albeit in the BSVI era. While the petrol mill has already been compliant to the new norms and continues to produce 119 PS/ 145 Nm, the BSVI-ready diesel engine will be introduced with the new-gen City with the same power and torque output. The launch of the new City is said to happen in the coming months.

Also Read - Can You Guess Shahrukh Khan's Dream Car? Hint- It's Not a Hyundai Santro or Creta

Next up in the list of upcoming sedan cars in India 2020 is the Kwid-based sub-four-metre sedan from Renault India. The all-new Renault Kwid-based compact sedan will come off as a cheaper alternative to the Maruti Dzire and directly rival the likes of Tata Tigor in India next time. Some sources even revealed that Renault’s new sedan would be at least one lakh cheaper than its rivals. We’re seeing the budget-end Renault Triber MPV has been doing so well in the sales chart and the new Kwid-based sedan is expected to continue this momentum. 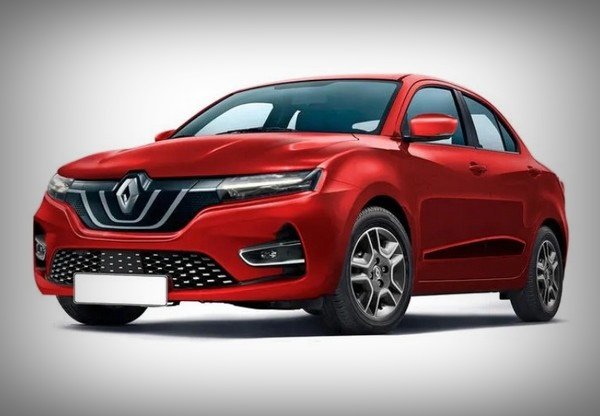 Internally called the LBA, the upcoming sedan car by Renault will be built on the same CMF-A+ platform that also underpins the Triber and Kwid. Information on the design, engine and transmission are still unknown at the moment. The launch timeline is also yet to be revealed.

What we can expect from the new Kwid-based sedan is a BSVI-compliant 1.0-litre turbocharged petrol engine on the cards. There may be no diesel variant on the stable due to the stringent emission norms. In all likelihood, the new sub-four-metre sedan can be had with two gearbox options including a 5-speed MT and a 5-speed AMT.

This year, Volkswagen has surprised the auto enthusiasts by their upcoming cars at Auto Expo 2020. As far as we know, the German brand’s made-in-India lineup encompasses three offerings – the Polo hatchback, Ameo sedan and Vento compact sedan which have been out in the market for quite some time now. Volkswagen is gearing up for the introduction of a new Vento for India in 2020. Official sketches of the new-gen Vento reveals the distinct design cues of the new compact sedan to differentiate itself from its Polo hatchback sibling. The sedan might look ways more premium with a refreshed front end inspired by the latest-gen Jetta. It will also feature a chunkier bumper with new tail lamps design and a faux dual exhaust tips. On the inside, it is said to come with a new dashboard layout, with new steer wheels and central air vents. A float-type touchscreen infotainment system is slated to come to take up the place of the outgoing unit.

It’s a bit early to confirm the mechanical package of the 2020 VW Vento now. However, we can foresee the discontinuation of the 1.5-litre TDI turbocharged diesel engine as announced by the brand. The 7-speed DSG option might be shelved from the new Vento as well, making room for the 6-speed MT and a 6-speed conventional fluid-coupling gearbox. Accordingly, there will be a 1.0-litre turbo-petrol engine on board. The new-gen Vento will arrive in India by 2021 after the launch of the VW Taigun SUV. Price of the sedan is expected to be at around Rs 9 – 13 Lakh.

In India, the Volkswagen Passat might not a greatly successful sedan. However, the Passat nameplate itself has been one of the widely-recognised midsize cars in the international market. Volkswagen has not given it up on the Passat. The German automobile manufacturer is set to bring in the new BSVI-compliant Passat to the Indian space. The 2020 VW Passat BS6 comes with a couple of cosmetic changes to the exterior. The front bumper, grille are redesigned while the headlamps receive the LED Matrix units. The rear end features new taillights cluster design.

The latest MIB3 infotainment system with connected features suite, a new digital cockpit and capacitive steering will be parts of the feature updates on the inside of the model. Being one of the premium upcoming sedan cars in India in 2020, the VW Passat will be compliant with the stricter BSVI norms.

The current-gen Passat makes use of a 2.0-litre four-cylinder diesel burner that makes 174 BHP/ 350 Nm of torque. The 2020 Passat is said to feature a 2.0-litre TSI turbo-petrol mill that comes mated to a 7-speed DSG dual-clutch automatic transmission. This engine will make the new Passat more powerful than the outgoing model.

The most significant change to the new Rapid is the introduction of a BSVI-spec 1.0-litre 3-cylinder TSI turbo-petrol engine that will replace the outgoing version. Paired with either a manual transmission or a DSG automatic unit, the BSVI Skoda Rapid will churn out around 110 HP of max power and 200 Nm of torque. From the look of it, the 2020 Skoda Rapid looks brilliant with numerous cosmetic and features alterations. The two versions of the Skoda Rapid – Monte Carlo and Matte Concept all make the Rapid a head-turner. The BS6 Skoda Rapid is expected to sit at a slighter higher range than the previous-gen model which is now priced from Rs 8.81- 14.25 Lakh (ex-showroom, India). The 2020 Skoda Octavia gets a new front grille that merges with the new LED Matrix headlamps setup. The front and rear bumpers are sleeker. The rear fascia now features a sloping roofline, new L-shaped taillights and a refreshed boot lid. Frankly, the new-gen Skoda Octavia looks much sharper and sportier with more prominent character lines and a coupe-ish appearance.

The all-new Octavia is likely to be a petrol-only vehicle in India. It might be offered with a 150 HP 1.5-litre petrol engine and a more powerful 190 HP 2.0-litre turbo-petrol units at launch. Transmission options will include a manual and a DSG dual-clutch automatic transmission. Expect the 2020 Skoda Octavia to be priced in the range of Rs 20 – 30 Lakh.

Mercedes-Benz India has just showcased its A-Class Limousine sedan at the Auto Expo 2020. The upcoming sedan car will be launched in June but pre-bookings have already commenced in India. The all-new Mercedes-Benz A-Class Limousine will be slotted under the CLA coupe and priced in the Rs 40 Lakh bracket (ex-showroom). Interestingly enough, the German auto company has introduced its entry-level sedan offering in its sporty AMG guise and it manages to create some excitement for the show-goers on the upcoming sedan in India 2020. The AMG badge on the car trunk indicates that the car comes with a powerful 2.0-litre 4-cylinder turbocharged petrol engine which is good for 306 HP of max power and 400 Nm of peak torque. Power is sent to the all four wheels via a 7-speed DCT, propelling the car to reach the 100 kmph mark from a standstill in 7.2 seconds.

The much-awaited drive in the list of new sedan cars in India in 2020 is the BMW 2-Series Gran Coupe which is slotted to take on the likes of the Mercedes-Benz A-Class Limousine and Audi A3 sedan Being a luxury sedan car for the Indian space, the BMW 2-Series Gran Coupe is the first-ever front-wheel-drive sedan in the company’s portfolio, sharing the FWD platform with the BMW X1.

Like any other BMW cars, the 2-Series Gran Coupe looks enticing from the outside with the iconic kidney grille and raked-backed headlights setup. Also, the BMW 2-Series Gran Coupe also features an aggressive stance with a multi-layered chin as seen in the recent BMW sedan offerings. The upcoming coupe-sedan by BMW will feature the pillar-less doors but it still does not feel low-slung as other coupe models. The 2-Series Gran Coupe is expected to be equipped with two engines when it comes to India, including a 2.0-litre diesel engine and a 2.0-litre gasoline unit. The BMW 2-Series Gran Coupe’s expected price for India might start from Rs 32 Lakh to Rs 38 Lakh (ex-showroom).

The fifth-gen E-Class is set to receive a facelift with revised styling and updated tech this year. The facelifted E-Class had its global debut recently and the car is expected to make its way to our shore in late 2020 or early 2021.

The exterior changes to the new E-Class are just minor, in the form of a new front look, refreshed rear lights and bumper which features a regular three-pointed star. The top-end AMG trim of the E-Class will also get extra revision to bring it in line with the recent Mercedes AMG cars. The upcoming Mercedes-Benz E-Class facelift will also get heavily-updated cabin that will boast of more driver's assistance features. It is likely to come with two 10.25-inch screens for the infotainment and instrument cluster, new steering wheel and more.

Internationally, the new E-Class comes with a range of petrol and diesel engines with mild-hybrid tech. It remains to know what the India-spec E-Class could bring to us upon its launch in our country. Once launched, the Mercedes-Benz E-Class facelift will take on the likes of BMW 5-Series and Audi A6 in India.

In 2020, the sedan cars segment is expected to have a vibrant turn after the massive slowdown plagued the entire industry. With these upcoming sedan cars in India 2020, we can't wait to see how they could take a toll on the domestic sales chart in times to come.