Maruti will soon launch the mid-life facelift of its popular sub-compact sedan Dzire in India. The Maruti Dzire is the top-selling car in its segment.

Maruti will soon launch the mid-life facelift of its popularly-known sub-compact sedan Dzire in India. Maruti Dzire is one of the top-selling cars in its segment. The new sedan will launch in India by April 2020. The car will feature subtle cosmetical upgrades, along with an addition of a 1.2-litre Dualjet engine which powers the Baleno. Moreover, the Dzire facelift will also employ some additional features, which will help the car to steal the limelight from the newly launched entrant in the sub-compact sedan space Hyundai Aura. The car will feature subtle cosmetical upgrades, along with an addition of a 1.2-litre Dualjet engine

The 2020 Maruti Dzire facelift will get propelled by a BS-VI compliant, 1.2-litre Dual-VVT petrol mill, which is expected to feature the company’s SHVS smart-hybrid system. The new engine is tuned to offer 90 PS of power and 113 Nm of peak torque. The petrol engine is rated to offer 23.26 kmpl (MT) and 24.12 kmpl (AGS) of mileage. This will make the Dzire the most fuel-efficient petrol sedan in the country.

Braking duties will be done by bigger brakes on both the ends for faster deceleration. Inside, the sedan will employ a more premium upholstery. Moreover, the updated model will also feature a coloured TFT multi-information instrument cluster and auto-folding side mirrors. In terms of looks, Dzire facelift will get a bigger grille upfront and new fog lamp housing. Illumination duties will be done by a pair of sleeker headlights. One can also expect Maruti to offer a new set of alloy wheel with the updated sedan. 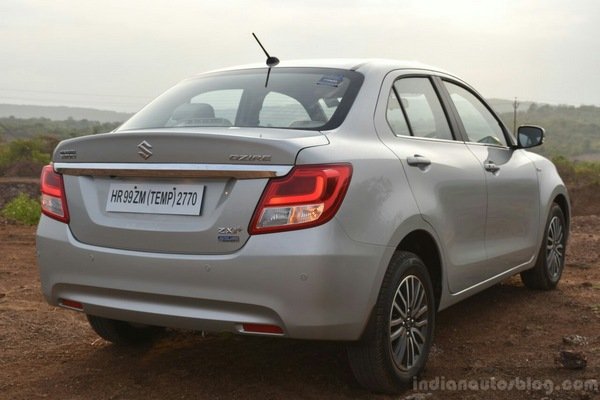 In other news, Maruti recently introduced the 2020 Maruti Brezza facelift in India at a starting price tag of Rs 7.34 lakh (ex-showroom, Delhi). It competes with the likes of Hyundai Venue, Mahindra XUV300 and Ford EcoSport. The SUV employs minor design updated along with a new petrol motor.