Hyundai will start their new year in business by launching a new compact SUV. Other models will follow.

Hyundai is among the leading car manufacturers in the India market. It will continue to strengthen their status in the upcoming years with new-car launches in various segments, being ready to take the market by storms just like what they did with the Hyundai Santro this year.

The first car to be launched in 2019 is this compact SUV codenamed QXi. The SUV is deemed to be based on the Carlio concept car as the front of QXi takes some design cues from the Carlio. The QXi shares the same grille, projector headlamps, and new bumper. Besides, the new Hyundai compact SUV get machine cut alloys wheel and LED tail lamp. On the other hand, the interior features helpful equipment like a touchscreen information system, climate control, cruise control, and rear air vent.

Under the hood, the QXi is powered by either a diesel or a petrol engine. Both engine options come with a manual and automatic gearbox. The expected launch is from mid-2019 backward.

Hyundai QXi, after going on sale, will come against other compact SUVs like Maruti Suzuki Vitara Brezza, Ford EcoSport and Tata Nexon. Hyundai QXi is the first models launched by Hyundai in 2019

One of the most participated launches of 2019 is the Hyundai Kona EV. The unveiling of this EV is among the most important launch of 2019 as it is Hyundai’s first EV in India.

Even though our market has already welcomed some EV models, most of them don’t score high commercially. The fact that the second-leading automaker Hyundai will penetrate the segment is an important landmark for the electric vehicle segment and the whole automobile market in general. What’s more, Hyundai will take steps in constructing the public charging infrastructure in India too. Hyundai’s first EV was showcased at 2018 MOVE Summit in Delhi this year, along with Maruti WagonR EV. India-spec cars will be strongly-localized. It is expected that the Kona EV might come with the 64kWh battery pack or 39.2kWh unit. The former is claimed to have the range of 480km while the latter offers 312km range. The power output of 64kWm is equal to 201bhp while the torque rated at 395Nm. On the other hand, 39kW is able to pull out a smaller power figure of 135bhp. With Hyundai’s fast charging technology, the Kona battery pack is able to charge up to 80 per cent within 54 minutes.

Right now, the lower capacity battery pack is more likely to come at launch while the 64kWh might arrive later, and this possibility much depends on how the Kona perform in India.

Also read:  Hyundai Kona EV: What to Expect from this New Electric Vehicle?

Hyundai Elantra is a best-selling model in the premium sedan section. As the segment recently welcomes many newcomers, competitiveness is increasing, pushing Hyundai toward refreshing their product. In India, the recent version of the Elantra has been around for two years, and it is the right time to get the needed mid-life facelift. In 2019, the Elantra will be given major updates. 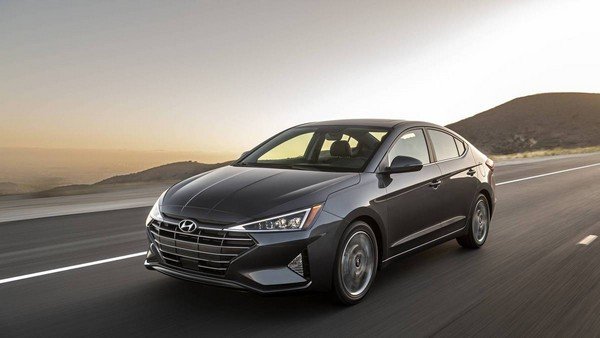 The Elantra, Hyundai’s flagship sedan, is going the take some major update in 2019

Global 2019 Elantra has been unveiled. Cosmetically, the 2019 Hyundai Elantra is getting reworked exterior with new headlamps, grille and bumper on the front and new LED tail light and revamped rear bumper. However, the side looking stay mostly the same. Inside the Elantra, instrument cluster unit is refreshed along with the updated touchscreen. And of course, the further equipment is obvious. The Elantra is expected to be even more loaded than the ongoing version.

2.0-litre petrol engine and a 1.6-litre diesel engine used on the existing Elantra will be brought toward the new version. 6-speed manual gearbox and a 6-speed automatic transmission will also come along.

Earlier this year, the Tucson has been given the mid-life update. It seems that Hyundai isn’t quite satisfied with the latest overhaul. It will continue to make changes to the Tucson in 2019. If this year’s updates are restricted to cosmetic changes only. Specifically, Hyundai will give the Tucson a thorough mechanic and cosmetic modifications in the 2019 facelift. 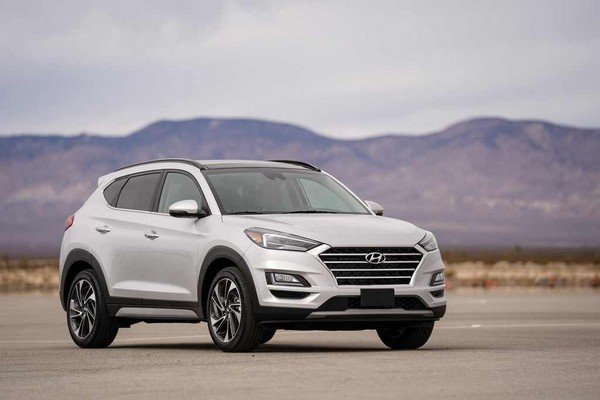 Following the mid-life update earlier this year, the Tucson is going to get its facelift in 2019

The Tucson updates its dashboard with a new infotainment system and the material quality is upgraded too. On the engine front, Tucson will get the same 2.0-litre unit packed with a manual and automatic gearbox.

Hyundai Grand i10 is the last one on the list. The Grand i10 is Hyundai’s cash cow, and in 2019, Hyundai will revamp the i20 to level up its appeal. Hyundai promises to get the Grand i10 an innovative and fresh look. It is likely that the new i10 will bear some resemblances with the upcoming Hyundai Elantra. Moreover, the Grand i10 will be extended in terms of dimensions, intended to invite more space for the interior. And expect to see more features to be featured on the new i10, as what Hyundai always do. The recent engine option of 1.2-litre petrol unit remains but updated a bit to meet the upcoming BSVI emission norms which are enacted as soon as the year starts. The torque converter automatic transmission seen on the current version will be abandoned and replaced with an AMT gearbox.