Check Out The Tata Harrier Prices In Delhi, Kolkata, Bengaluru

Tata has already launched its eagerly-awaited Tata Harrier in Mumbai. The five-seater SUV is positioned from Rs 12.69 Lakh while the range-topping trim sits at Rs 16.25 Lakh.

Tata Motors just revealed the introductory price of the Tata Harrier in the Indian market. The celebrated SUV gets a pricing range of around Rs 12.69 Lakh to Rs 16.25 lakh in some Indian cities. Yesterday, the microsite of the Tata Harrier has been updated with its detailed prices in some major urban cities like Delhi, Bengaluru and Kolkata that shows the similar prices as that of Mumbai. 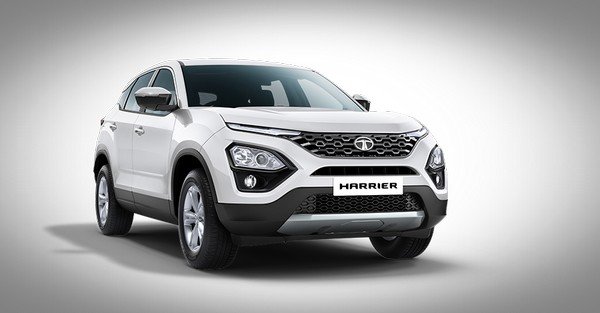 Tata Harrier has officially gone on sale in India on January 23, 2019

The 2019 Tata Harrier SUV comes available with five colour options- Calisto Copper, Thermisto Gold, Ariel Silver, Telesto Grey and Orcus White. Apart from its imposing exterior aesthetics, the new Tata Harrier boasts a feature-rich interior with the best-in-its-class comfort and roominess. An 8.8-inch touchscreen infotainment system with Android Auto and Apple CarPlay connection along with a 7.0-inch screen for the digital instrument cluster and JBL sound system are some of the interior highlights. Powering the Tata Harrier is the 140 hp, 2.0-litre diesel engine which comes mated to a 6-speed manual transmission delivering the power output to the front wheel. The all-new model, particularly, features first-in-the-segment fitments includes multiple drive modes and the Terrain Response System which holds the function of adjusting the electronics for low-traction driving.

Tata equips the unmistakably superior interior in the Harrier

With an aim to rival the likes of the top-selling Hyundai Creta, Jeep Compass, Mahindra XUV500, Renault Captur and the already-launched Nissan Kicks in the Indian space, Tata rolls out the most aggressive price for its all-new SUV in the cities. Bookings of Harrier have been kicked off for the last few months ahead of its launch while the deliveries are scheduled later this month. It will require a waiting period of three-month to get a new Tata Harrier to your garage.