Mahindra announces the new MPV to be named Marazzo, launched before Diwali

8 0
After many speculations, the new MPV from Mahindra is confirmed to be called the Marazzo which means Shark in Spanish. What more could be expected from this new car?

Recently, Mahindra has officially announced the name of its new MPV. As expected, Mahindra’s first MPV will be called the Marazzo. Mahindra also revealed that this new MPV will be released before Diwali this year.

Speaking on the meaning of the name Marazzo, Mahindra reveals that the name, deriving from Spanish, means “Shark.” Will it implicit that the new car will be tough and aggressive?

According to Dr. Pawan Goenka, Managing Director, M&M Ltd, “The shark-inspired Marazzo symbolizes the next generation of aspirational Mahindra vehicles. A collaborative effort of Pininfarina (Italy), Mahindra Design Studio (Pune), MNATC (USA) and Mahindra Research Valley (Chennai), Marazzo is born of a vision to design a global vehicle with quality and refinement keeping in mind the aspirations of our customers.” On explaining the name Marazzo, the automaker also unveils that many of the car details are inspired by sharks, for example, the grille represents the shark teeth. The taillamps remind of shark tail. And the antenna, of course, is inspired by shark fin not to mention the interior will also be sharp-inspired as well. The shark concept does sound really cool. 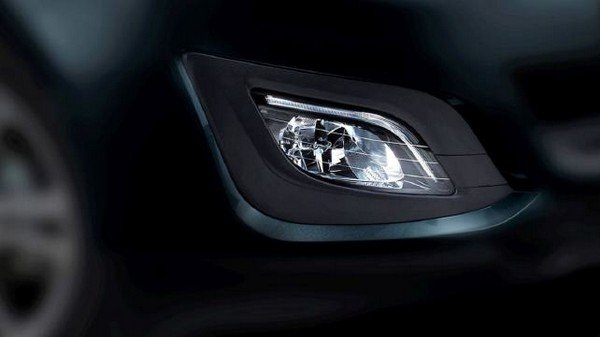 Many exterior details of the Mahindra Marazzo are inspired by Shark 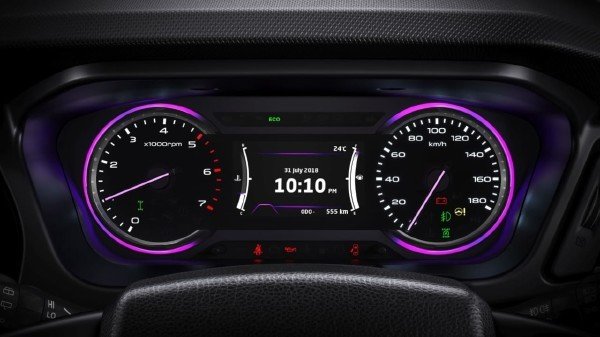 The shark theme also inspires the interior of Marazzo

Watch the full name reveal event of the Mahindra Marazzo:

Rajan Wadhera, President Automotive Sector, M&M Ltd.claims that the new Marazzo will offer the world-class quality and includes exciting innovating features. “Better space, smoother ride with a quieter cabin, best-in-class cooling, excellent safety and a tough body construction” are the promised characteristics of the Marazzo. And it is hoped to be the real “game-changer in the segment.

Beside the 7-seater configuration, The Marazzo will come as an 8-seater as well, offering more choice for customers.

Mahindra Marrazzo will not share the platform with any previous model but be built on an all-new platform. Mahindra also denies the rumor of Marazzo replacing the Xylo. Instead, it will have its own position in the product line-up.

Details about the engine are still kept as a secret. However, there are some speculations which claim that it will receive power from a 2.2-liter diesel engine which produces 140 PS of power and 320 Nm of torque. 6-speed manual and 6-speed automatic gearbox are expected to be the transmission unit. Some others think that the new 1.5-litre diesel engine which is able to make 121hp and 300Nm and paired with a six-speed manual gearbox will be the one to power the Marazzo.

Whatever it is under the hood, Marazzo is going to be a large car in terms of space. Moreover, the interior will include a dual tone theme, door handles, a cooled glove box as well as a touchscreen infotainment system. Navigation and cruise control are also available.