Maruti Suzuki India Ltd (MSIL) launched the Dzire facelift in the country on March 20, this year, at a starting price of Rs. 5.89 lakh (ex-showroom). However, before Maruti’s compact sedan could do wonders on the sales charts, a nationwide lockout was imposed. As a result, the carmaker registered 'Zero' sales in the month of April. Though the lockdown has been eased off now, car buyers are not rushing to the dealers to get themselves new cars. Therefore, carmakers are offering discounts on their range, and Dzire has not been kept away from the list. Maruti is currently offering a pretty substantial discount of Rs. 45,000 on the Dzire facelift. 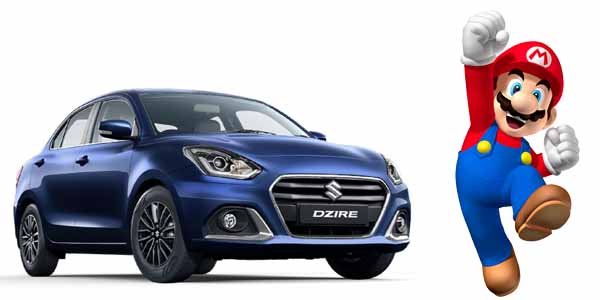 This is How Maruti Dzire, India's Most Loved Sedan, is Born – Video

The discount comprises of a cash benefit of Rs. 20,000 and an exchange bonus of Rs. 25,000. For a car that was launched a few days back, such discounts are much wow. Also, the facelifted Dzire is on par with the pre-facelift car in terms of performance. It gets the new 1.2L K12N DualJet motor that belts out 90 PS of peak power and 113 Nm of max. torque. In comparison to the pre-facelift version of the car, it is a power bump of 7 PS. The new motor makes use of low-friction piston rings and linings, dual injector at each cylinder. Also, the compression ratio has been increased to extract the most out of this engine. In the advent of churning out the extra 7 PS, Dzire has not lost the on 'Kitna deti hai' aspect. It now boasts of an ARAI-rated fuel economy figure of 24.12 kmpl. To help the Dzire stop in time, Maruti has now increased the size of brakes rotors and drums at the front and rear, respectively.

Talking of the features, the Maruti Dzire has been a feature-loaded car, but with the facelift, the features list has been further enhanced with even more equipment. The automatic variants are now equipped with hill-hold assist and ESP. There’s a new 4.2-inch MID fitted in the instrument cluster, while the SmartPlay infotainment system now features cloud-based services.